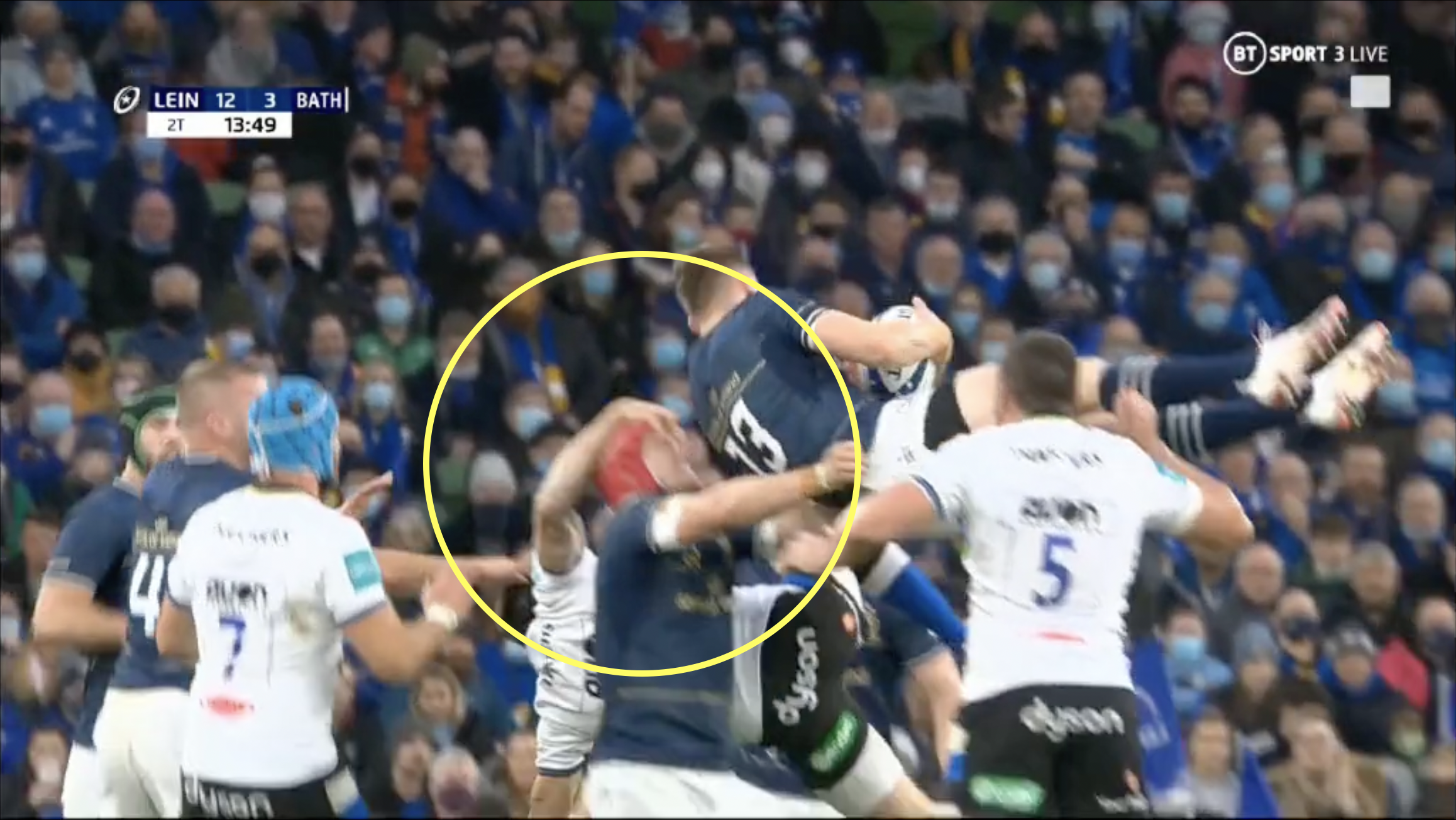 The four week ban handed to Bath winger Will Muir this week for making reckless contact with the eyes of Leinster’s Josh van der Flier last Saturday in the Heineken Champions Cup has created more confusion than clarity.

The offence in question happened in the 14th minute of Bath’s clash with Leinster at the Aviva Stadium, as the 26-year-old was competing for the ball in the air. He made contact with van der Flier’s face, who was lifting his teammate Garry Ringrose.

An EPCR statement said: “Law 9.12 A player must not physically abuse anyone. Physical abuse includes contact with the eye.

“The committee upheld the citing complaint, finding the Muir had made contact in a reckless manner with Van der Flier’s eye that warranted a red card. It was then determined that the offence was at the low end of World Rugby’s sanctions and six weeks was selected as the appropriate entry point.

“Taking into account the player’s relative inexperience, the committee reduced the sanction by two weeks before imposing a four-week suspension.

“Muir is free to play on Monday, 10 January 2022 and both he and EPCR have the right to appeal the decision.”

This has not gone down too well online, with many fans feeling this falls under the category of a rugby incident. Even Muir’s Bath teammate Ruaridh McConnochie questioned the call on Twitter. This is perhaps one of those incidents where it is easy to see where both Bath fans are coming from as well as the EPCR in their decision.

Take a look at the incident and decide:

Muir is free to play on Monday, 10 January 2022 and both he and EPCR have the right to appeal the decision.

Thats the will muir one pic.twitter.com/YgIngkhne9