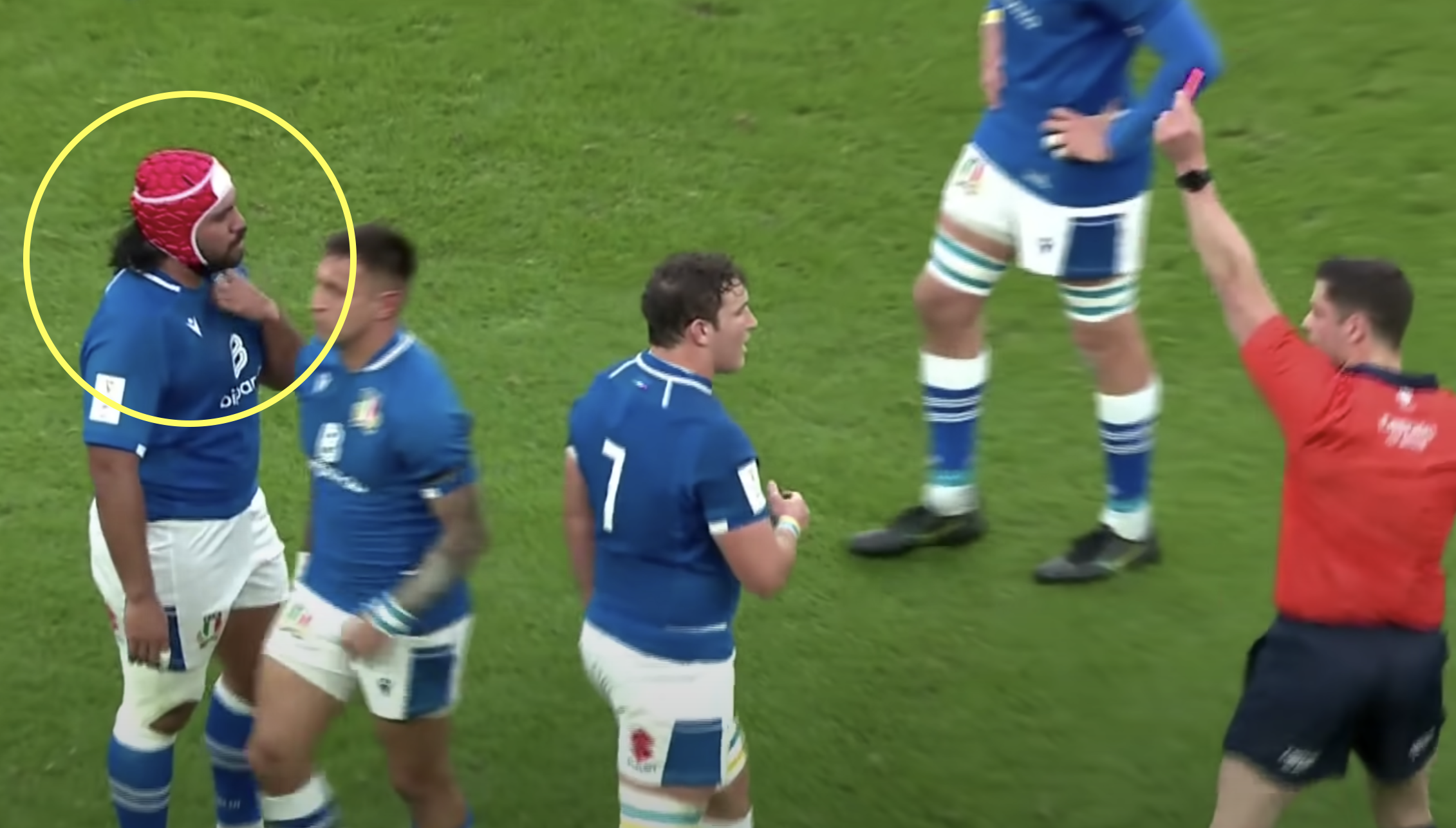 Italy’s Hame Faiva needs to work on his tackle technique very quickly- that is one of the main conclusions to draw from their loss to Ireland yesterday in Dublin and his red card.

The replacement hooker was dismissed on 19 minutes in the Six Nations match, but a video shared by analyst Brett Igoe shows the New Zealand-born front row was pushing his luck during his short time on the Aviva Stadium pitch. The footage shows a number of occasions where Faiva went high with his tackles, so it was maybe only a matter of time before referee Nika Amashukeli brandished the red. He will likely have some time on his hands now to work on his technique and lowering his body position.

Bedlam ensued from there due to the arcane law that stipulated Italy must bring on another front row, despite it being uncontested scrums, and had to take two more players off, reducing them to 13 men and even twelve at one point.

Ireland head coach Andy Farrell discussed the “weird” law after the game, and what it was like for his side to play against twelve players.

“There’s not many times we’ve played a Test match against 12 players, so there’s plenty we can take away from it,” he said.

“It’s just weird (the law). We understand why the rule was brought in but at the same time I suppose, in situations like that, occasions like that, it’ll bring the rule back to everyone’s attention and they’ll look at it.

“Rightly, Italy were trying to slow the game down, it’s what everyone would have done.

“When you’ve got uncontested scrums for so long in the game, everyone’s legs are nice and fresh and it’s the reason Italy were tenacious in defence, even when they went to 12 men.”