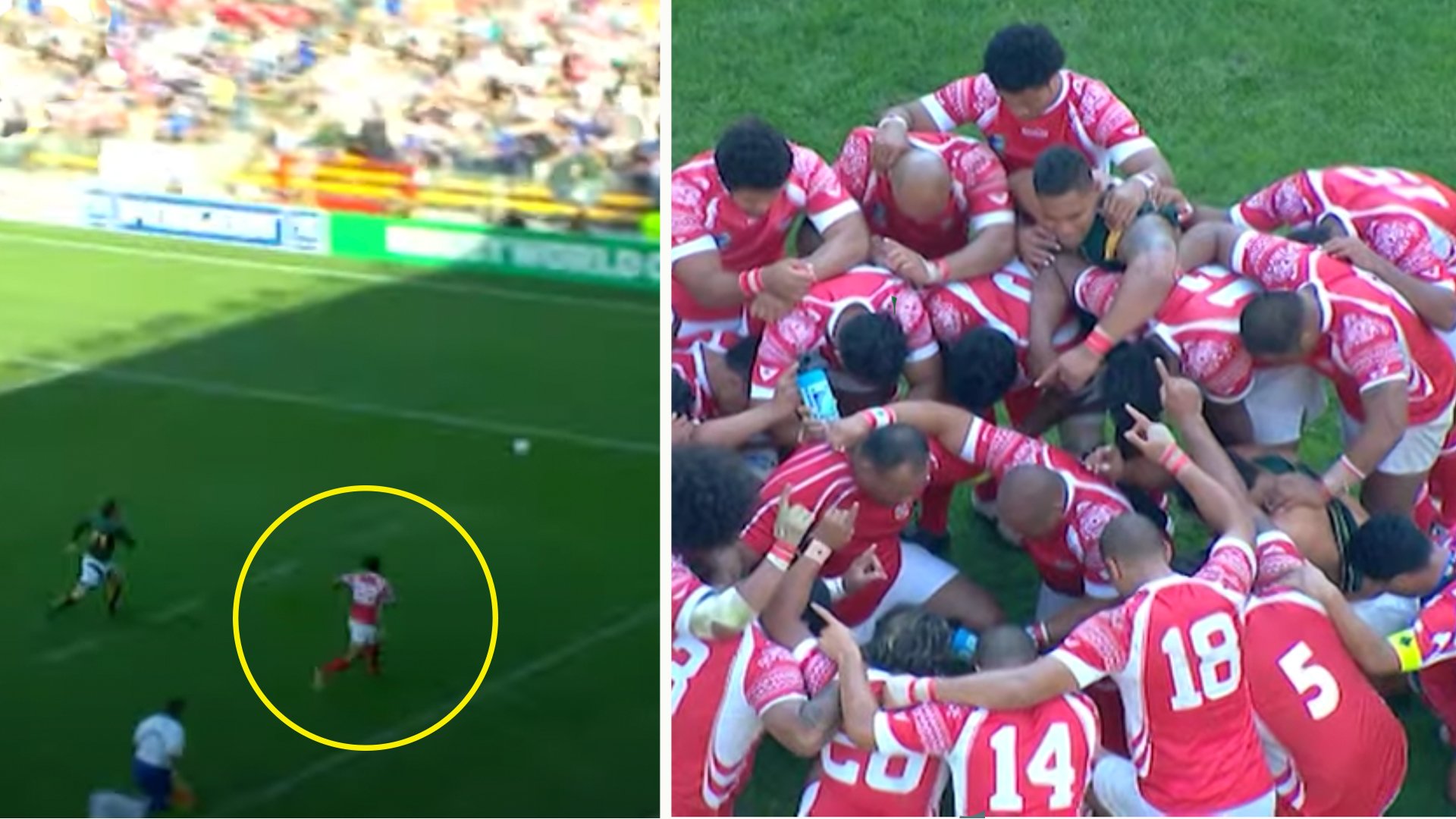 The day Tonga came one bounce away from rugby immortality

The Japanese team that shocked the world by beating the Springboks has gone down in rugby immortality.

Hailed by the world as one of the greatest moments in sporting history – Eddie Jones’ side achieved the unthinkable back in the 2015 World Cup by beating the Southern Hemisphere giants against all the odds.

Japan, with a population of 127 million, is now becoming a power in the rugby world with a star-studded league of it’s own and a wealth of resources for a national side that performed admirably at the 2019 World Cup.

A team that you may not remember – is that of Tonga back during the 2007 World Cup.

This island nation of 103,000 inhabitants came into the tournament in difficult circumstances, being one of the poorest rugby nations at the tournament.

Tonga were up against the defending World Champion’s England who in turn boasted the richest rugby union on the planet.

Before they played them they had the small task of facing South Africa in what we now know to be one of the greatest rugby sides that there has ever been.

No one gave them a hope going into the game and the Springboks were expected to walk away with a handsome bonus-point victory.

What transpired was one of the most dramatic matches of all-time – World Rugby has just uploaded the epic encounter in full.

It was a fiercely contested game with the lead swinging back and forth much to the amazement of the crowd who had expected a one-sided affair.

The Tonga rugby team scored a well-worked forwards try just after the break to take a 7-10 lead against a stunned Springbok outfit.

The tournament winners upped the intensity over the next 20 minutes – scoring a brace of tries to stretch their own lead to 27-10 with only 12 minutes left on the clock.

The Tongan’s had to go for broke and threw caution to the wind.

What followed was one of the most dramatic climaxes to a game in living memory with the Islanders scoring three sensational tries in 6 minutes.

South Africa called on their super-subs with the likes of John Smit, Victor Matfield and Bryan Habana being brought on to steady the ship and they battled back with scores of their own to bring it to 30-25 to the Southern Hemisphere giants.

There was only 15 seconds left on the clock with Tonga on the attack, fly-half Pierre Hola switched the play from left to right and chipped over an audacious floated kick over the top for his winger to chase.

It was perfectly weighted with Springbok defenders scrambling to get back, all that was needed to seal the greatest rugby upset of all time was for the ball to bounce upwards into the hands of the chasing Aisea Havili who was in to score but cruelly it bounced out of play.

Referee Barnes took a look at his watch and hesitated before blowing his whistle and calling an end to proceedings much to the visible relief of the South African players who had just survived what would have been the biggest sporting upset the world had seen.

The brilliance of Tonga’s exploits that day were later highlighted as South Africa went on to lift the Webb Ellis Cup. Tonga rugby was great in 2007!

This was one of the all-time great World Cup matches and we can only stop and wonder what could have been had the bounce of the ball gone Tonga’s way that day.