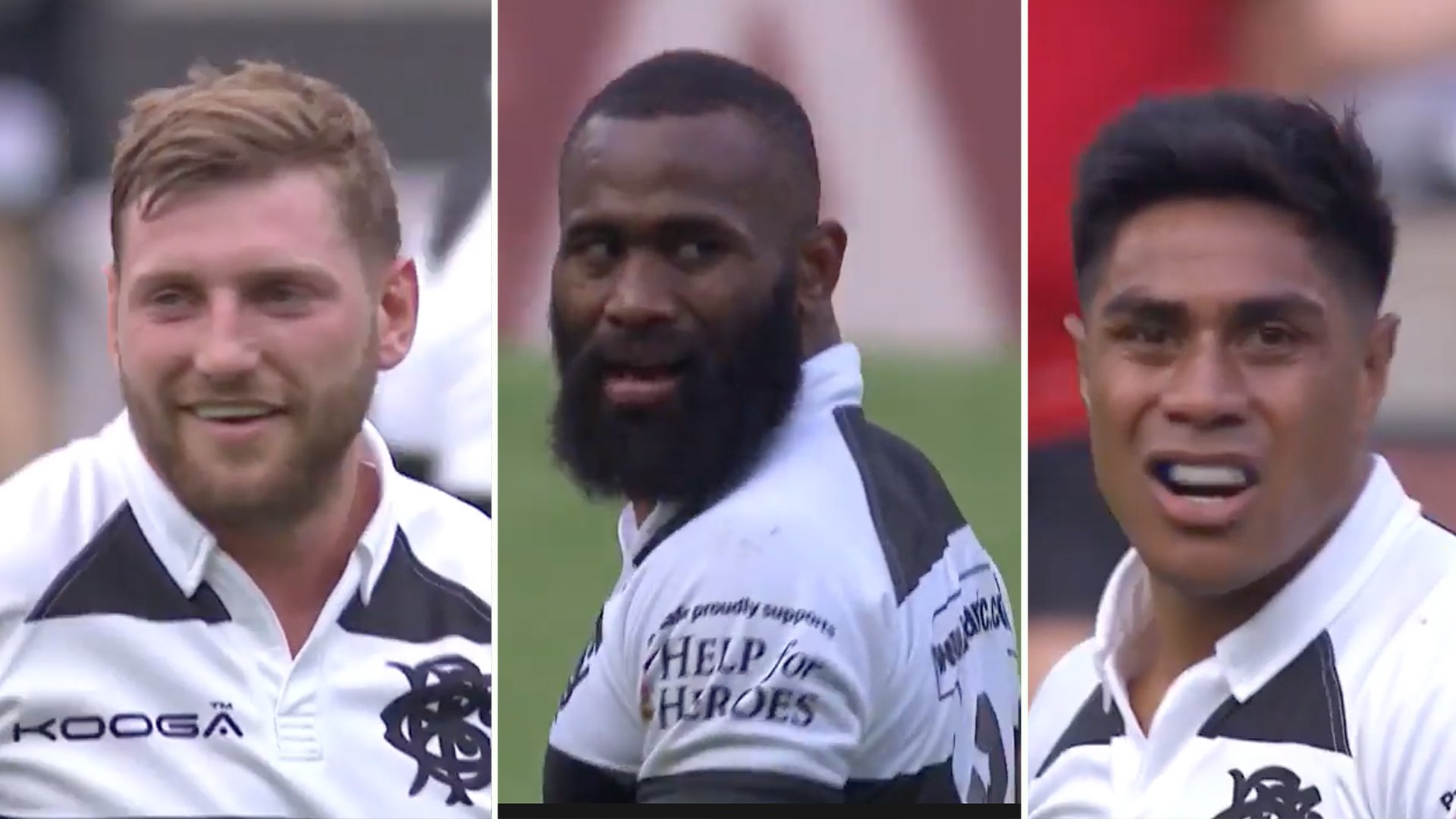 Back in 2018, the Barbarians rugby team fielded an insane team that would go on to embarrass Eddie Jones and his young English team at Twickenham.

In 2018, England had just been through a tough season, finishing 5th in the Six Nations and losing three games in the tournament.

They went into this match looking to bounce back with a big win against a Barbarians team that was simply incredible.

On paper, it is one of the strongest rugby teams the Barbarians ever fielded, with the likes of Finn Russell, Chris Ashton and Semi Radradra all featuring.

The team was a true all-star team with some of the best players from around the globe! There were different parts of the team that were absolutely stacked.

The backline was similarly full of talent with Fijian powerhouses Tuisova and Radradra adding serious bulk to the team.

If that wasn’t enough, they had players on the bench like Malakai Fekitoa, Greig Laidlaw and Luke McAlister. Insane!

The England team was similarly impressive, however all eyes were on one person during the clash in May of 2017.

Chris Ashton had been overlooked by Eddie Jones on many occasions for England, and he was out to prove a point in this match to the coach that had overlooked him.

And he certainly did that scoring, scoring a hat trick for the Barbarians in the first half.

The Barbarians backline was simply unstoppable on this day. Russell and Ashton work so well here to score just before half time.

Chris Ashton went on to play a little bit for England in the summer tour after this, but not nowhere near enough to justify the performances he had been putting in for club.

His hat trick try against England on this day in 2018 was brilliant, Eddie Jones looked like he was fuming.

What a performance and swan dive from him!