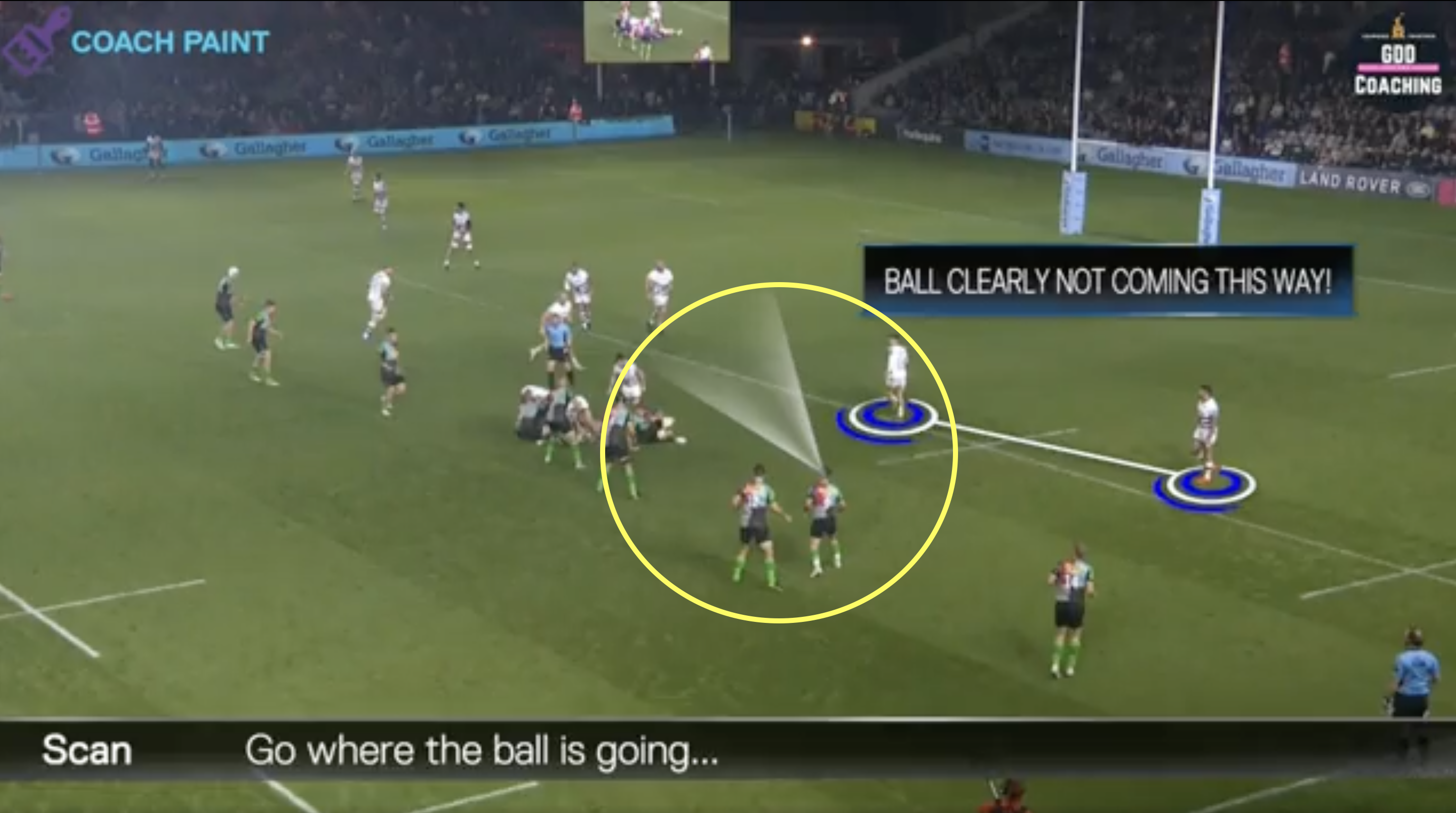 It is over three years since Harlequins scrum-half Danny Care won the last of his 84 England caps in November 2018 and at the age of 35 it seems unlikely that he will add to them.

Eddie Jones’ decision to drop Care has baffled England fans to this day for a number of reasons. Firstly, Jones never really found a a player to replace the Quins No9, particularly at the 2019 World Cup, and certainly not to fulfil his role of chief finisher. Perhaps, more importantly, Care has never let his level drop over the past three years either and continues to be the heartbeat of the Gallagher Premiership champions, being part of a devastating 8-9-10-12 combination.

Care fits Quins like a hand in a glove, suiting their high tempo, attacking game perfectly. But rugby analyst Geraint Davies recently provided a clip to show what an astute defender the Englishman actually is as well.

In one passage of play, Davies highlights everything Care does in defence to show how well he reads the game. Whether he joins the defensive line to provide width, covers just behind the line or even leads the press, Care is a very smart defender, although it is an area of his game that is not focused on too much.

Take a look at how his work-rate & defensive reads enables the Quins defence to maintain its width while confidently pressing hard off the line.

It is only really this year that a suitable replacement and successor for Ben Youngs has begun to emerge with both Raffi Quirke and Alex Mitchell being capped over the autumn. Up until then, England had limped along with a number of stopgaps deputising for the Leicester Tigers No9, all the while Care has continued to shine for Quins.