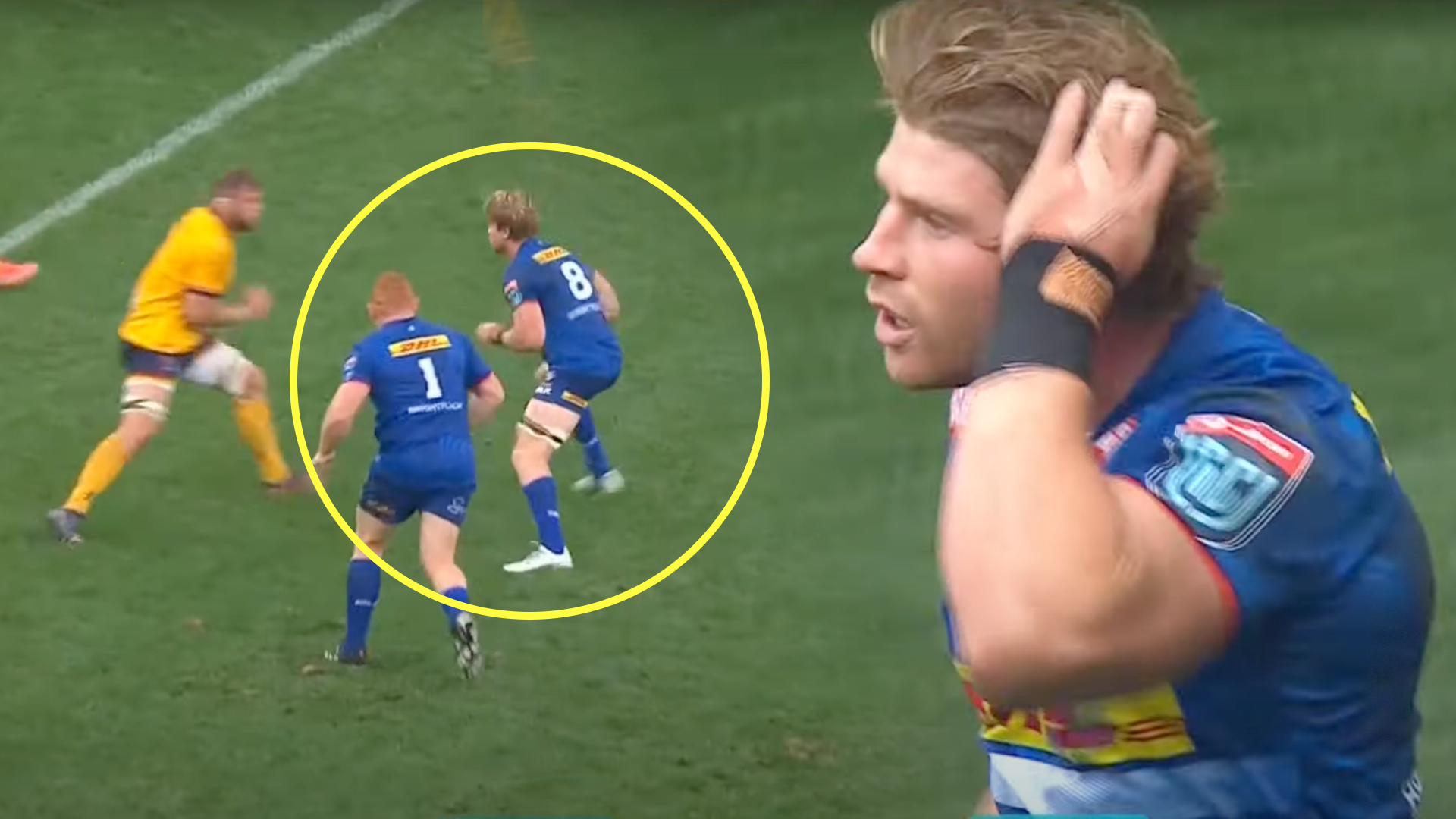 Duane Vermeulen was the monumental absentee from Jacques Nienaber’s South Africa squad yesterday, with Stormers No8 Evan Roos earning a call up to the squad.

This announcement came after Roos’ Stormers overcame Vermeulen’s Ulster at the death in the United Rugby Championship semi final. The 22-year-old had a great start to the game, scoring his side’s second try of the match, but there was a particular moment later on in the match that has gone viral.

The moment came in the final ten minutes as a 14-man Stormers were chasing a try to level the scores, and potentially provide a match winning conversion. The ball went to Roos outside Ulster’s 22, and the World Cup winner raced out to meet him, only to be thrown to the ground by the up and coming loose forward with a powerful left handed fend. It was pretty beastly and maybe a sign of a power shift in South African rugby.

It is believed Vermeulen is being rested for the upcoming Wales series, and will undergo surgery for a knee problem. It is safe to say that there is plenty of back up though.