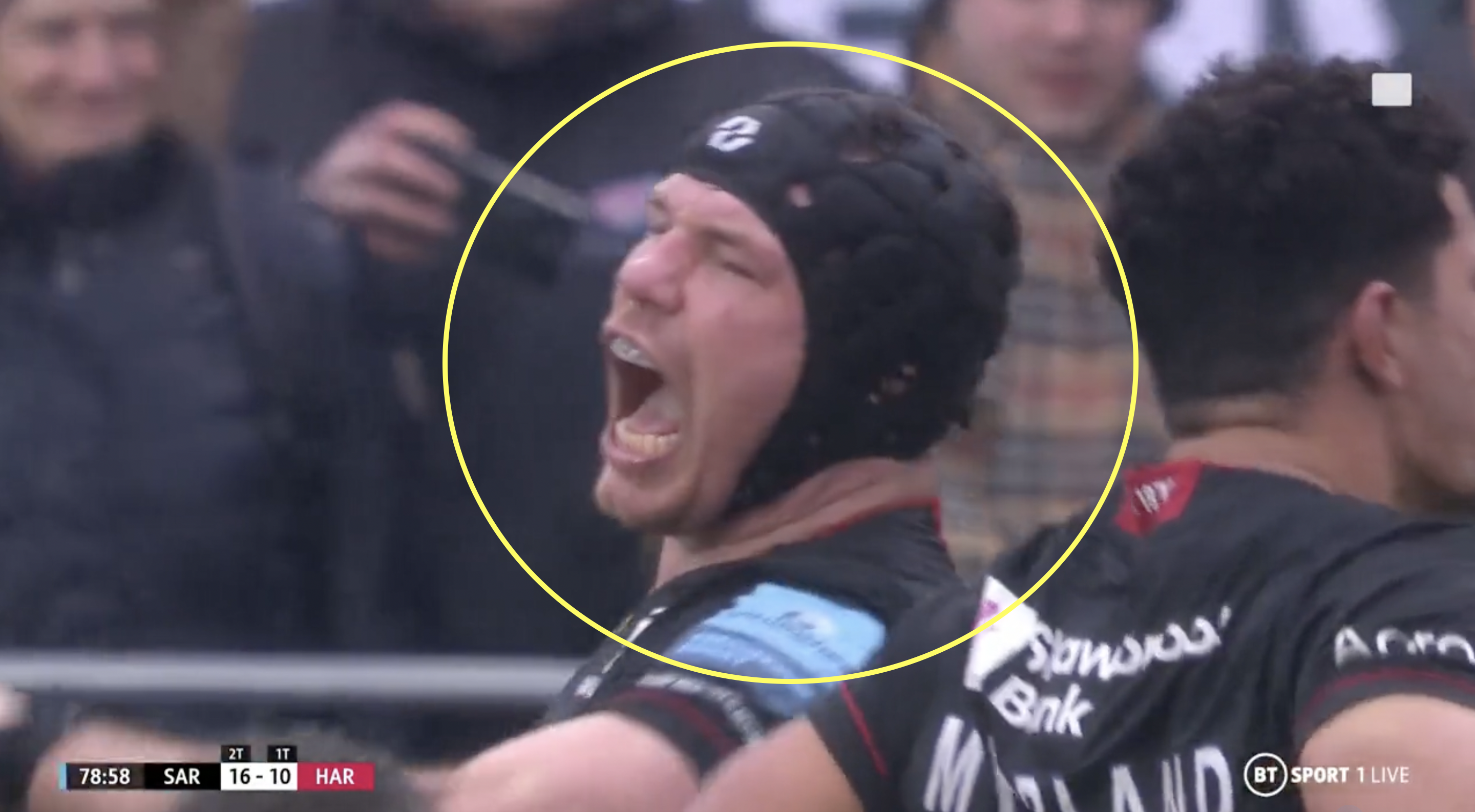 The exact moment Saracens ripped the soul out of Quins

A 19-10 scoreline might suggest that Saracens’ win over Harlequins was quite close at the Stone X Stadium, but there were some areas of the game where the hosts were lightyears ahead of the Gallagher Premiership champions.

One area that they were truly superior in was the scrum, which at times looked like a complete mismatch. Such was the three-time European champions’ dominance at the set piece that Springboks front row Wilco Louw was actually replaced in the first half to try and provide some solidity up front before Sarries ran away with the game, being replaced by Simon Kerrod.

In spite of this change, Saracens delivered the coup de grace in the penultimate minute of the match with a scrum so ferocious and one sided that the Sarries pack were practically sprinting come the end of it. This was a scrum that is almost never seen in elite rugby anymore as weaker scrums are usually able to stand their ground to an extent.

To make matters worse, it was actually Quins’ put in at the scrum, meaning Sarries not only turned the ball over, but also marched their London rivals back five metres. Given the changes that would have been made by this point in the match, this went to show that the starting pack and the finishing pack for Sarries was streets ahead of their opponents.

Take a look at the scrum:

A performance like this always has the caveat that Quins were without some of their stars, who are on international duty. While England’s Marcus Smith and Joe Marchant would not have been able to help out at the scrum, Joe Marler certainly could have and, to a lesser extent, Alex Dombrandt could have as well. With that being said, Saracens were without Jamie George in the front row as they laid down an almighty marker and sent a message to the rest of the league.