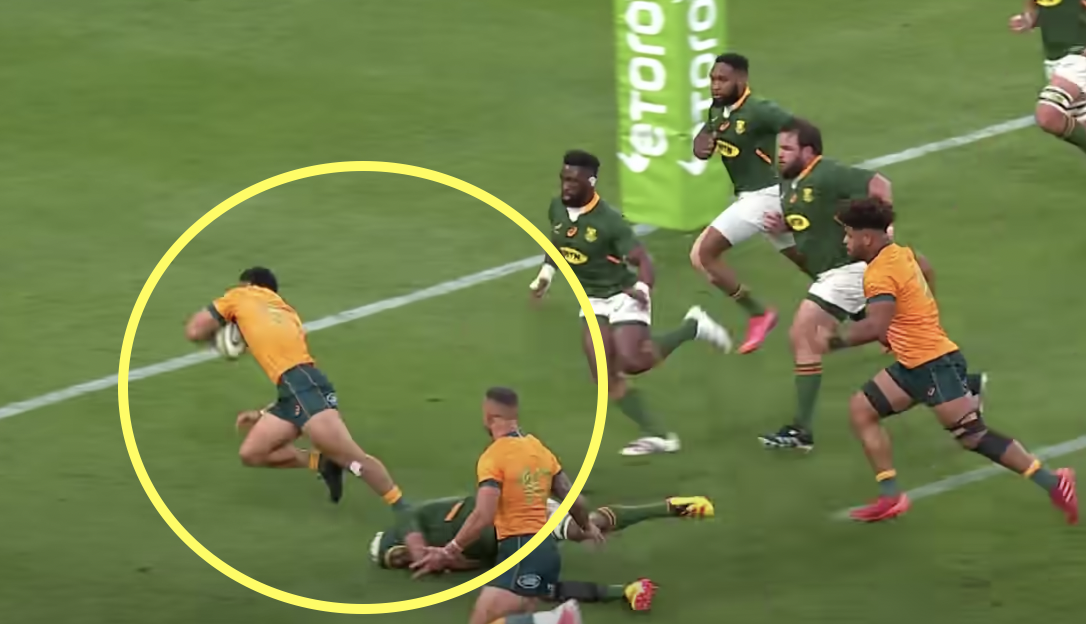 The excruciating video of the Springboks’ missed tackles

For all South Africa fans, Saturday’s 30-17 loss to Australia was not an enjoyable watch, so the last thing that they would want is to see many of the Springboks’ missed tackles collated into one video. But lo and behold, that video has inevitably been produced, and it does not make for pretty viewing for Bokke fans.

Jacques Nienaber’s side were out of sorts against the Wallabies in Brisbane, and indeed the weekend before on the Gold Coast. It could be that they have one eye on the showdown against the newly crowned world number ones, the All Blacks, on the horizon, it could be the fact that life in a bio-bubble is catching up with them after a British & Irish Lions series, or it could be that Dave Rennie’s side got their tactics right, but Boks did not have the same intensity in defence as they have shown over the past two years. This was shown by their defensive stats, where they only had a measly 72 per cent tackle success rate compared to Australia’s 94 percent.

The water tight defence that Siya Kolisi’s side have become famed for produced a slew of missed tackles, and the scoreline reflected that. For Len Ikitau’s opening try alone the Boks missed two fairly routine tackles by their usual standards, and they summed up the side’s display. Here are some of the biggest missed tackles:

Nienaber does not have long to arrest this slump, as the world champions need to pick themselves up to face the All Blacks on Saturday, who are in a rich vein of form. The Wallabies tested the Bok defence by playing with pace and keeping the ball alive, which is part of the All Blacks’ DNA, meaning if they fail to stand up in defence they could be on the receiving end of an even worse scoreline.