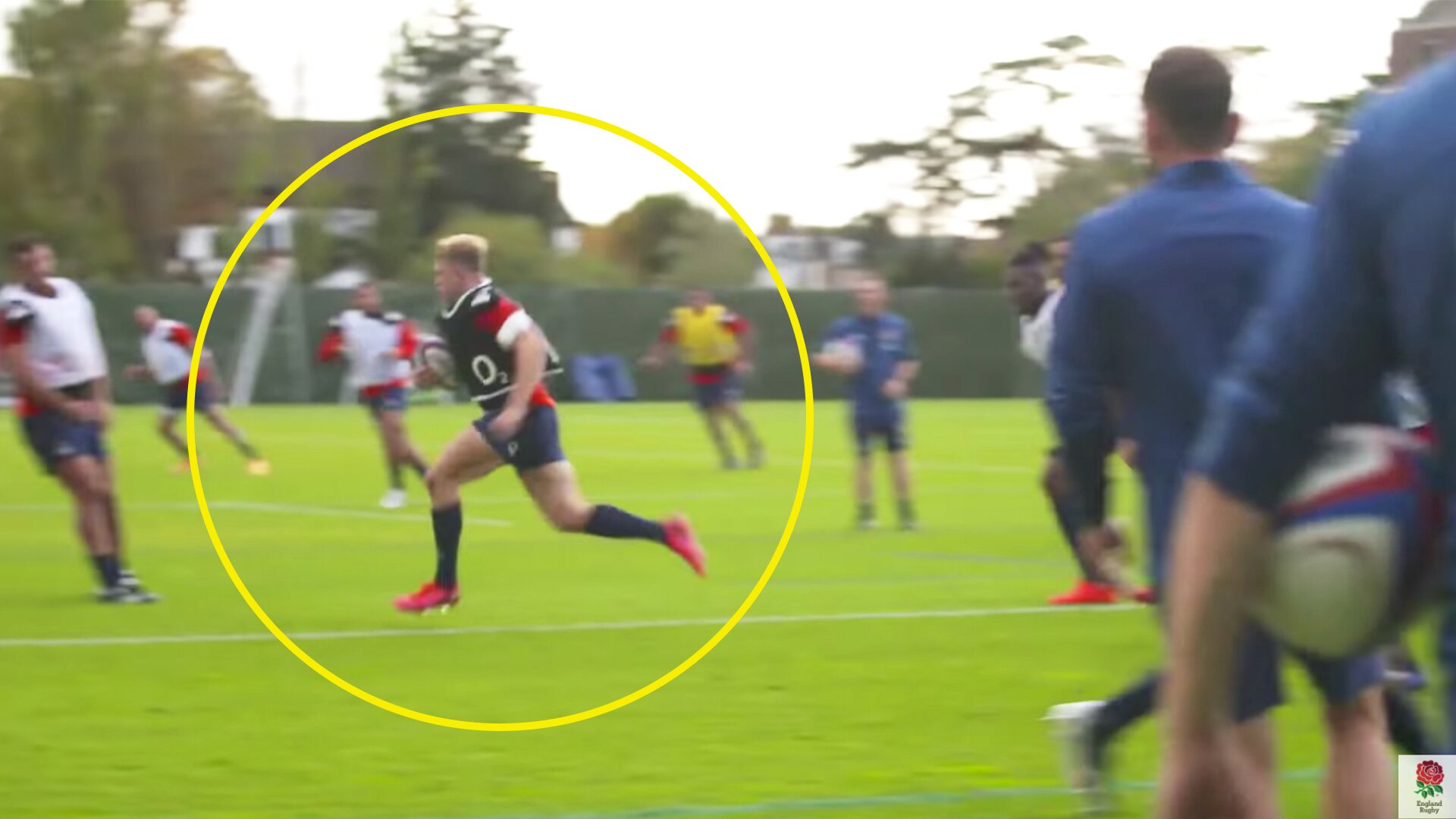 England fans couldn’t believe what they were seeing in the most recent episode of ‘The Next Level’ by England rugby as Gloucester star, Ollie Thorley, showcases his mesmerising turn of pace in training.

The new England video documents the week leading up to the now-cancelled Barbarians test as the side build-up towards their final Six Nations match against Italy.

A whole host of new faces have featured in England’s most recent test squad with the likes of Ollie Lawrence, Ted Hill and Alex Dombrandt appearing in this episode.

Ollie Thorley will be a name that is familiar to Gloucester fans as the leading try-scorer in the Gallagher Premiership this season.

The 24-year-old is already a fan favourite at Kingsholm with a lightning-quick turn of speed. This new England footage has had viewers clamouring to know who winger is. This is what people commented on the new video.

“Thorley could compete in the F1 bloody nora!” – ThatOneGeordieLad

Watch the unbelievable show of pace from Ollie Thorley in the link below.

‘They are tough, nuggety, relentless and ruthless in all areas of the game of rugby’ – Kiwi stars dispel the myth about Wallabies not having ‘hard men’

Wallabies forwards Taniela Tupou & Lukhan Salakaia-Loto were pressed during their mid-week media conference on comments from the New Zealand media following the loss at Eden Park that the Wallabies didn’t ‘do genuine hard men’.

The two Reds players downplayed the accusation, adding they are focused on trying to win back the Bledisloe Cup and that they are done with the talk. Tupou, in particular, was accused of being ‘nowhere near as tough as he thought’.

“It doesn’t really matter what they say to us, to be honest,” Tupou said. “They don’t know what’s going on here in camp. If that’s what they think, so be it. We’re trying to focus on us. Trying to better ourselves for the next game.

“For me, that is going to be posted on a dressing room wall and used as motivation for the Wallabies. There is no bigger shot across the bowel than that,” Parsons warned.

“You’ve said it, Hooper… Hanigan… Slipper… Hooper’s now a 100 [tests], Slipper is close to 100 if not already there… what’s the definition of ‘hard man’ in this article? I don’t know what it is, but those players I’ve played against and they are tough, nuggety, relentless and ruthless in all areas of the game of rugby.

“I don’t know if I even want to give it air time because I just don’t think it warrants it. I think it is to get a click, personally.”