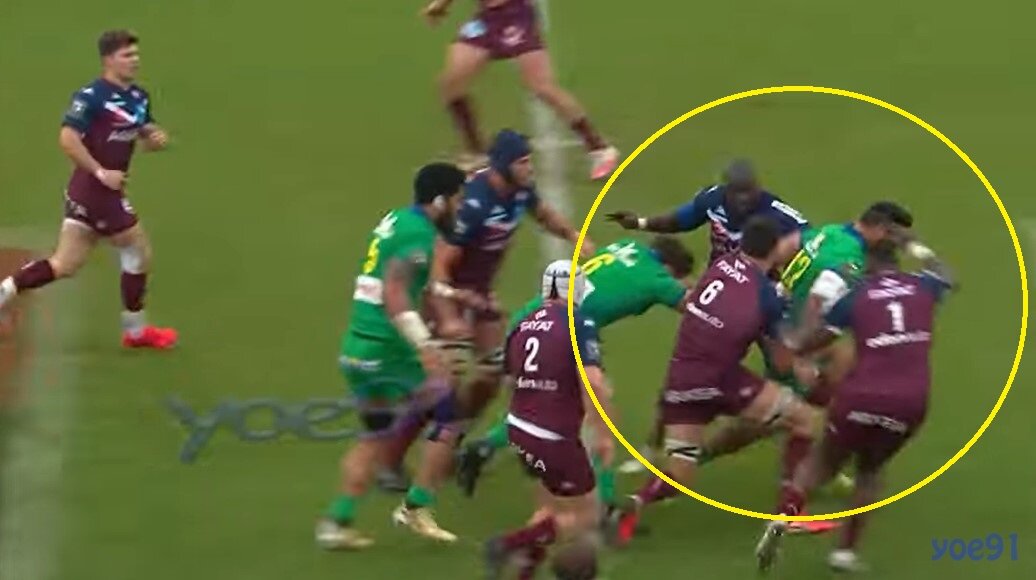 The forgotten All Black proving unstoppable in the Top 14

They don’t want you to remember All Black blockbuster George Moala. The four-Test All Black and 74-time Blue just beats players for fun in the Top 14 and while the headlines are generally about Nonu and Laumape, Moala is actually the thinking man’s All Black centre.

The video from Yoe91 shows that he is next level and in fact better suited to the macho world of Top 14 rugby more than most NZ players.

Check out this reel at the bottom of the page.

IN OTHER NEWS: The matches between Dragons and Cardiff, Ulster and Leinster, Edinburgh and Glasgow and Benetton and Zebre over New Year have since been postponed.

Munster will be keen to build on their two Heineken Champions Cup victories as they aim to return to winning ways in the URC when they head to Connacht.

The Ospreys beat Ulster last time out in the URC and can leap above the Irish province into third should they leave Scarlets with the points.

Connacht have only been beaten once at home in any competition since May – a 35-22 defeat by the Dragons in Round 3.

But they have a miserable record against their Irish counterparts, winning just six and drawing one of their 40 meetings.

Munster suffered their sole defeat in nine games when going down 18-10 at the Ospreys in their previous URC clash – their only loss away from home in any competition since last year’s final against Leinster at the RDS Arena.

They have won on their previous three visits to this venue and their only loss in their last nine encounters with Connacht came at Thomond Park in last season’s Rainbow Cup.

Scarlets are back in action for the first time in more than two months as they attempt to build on their Round 5 victory at home to Benetton.

Although Scarlets have triumphed just once in five matches against fellow Welsh regions, they have prevailed in their previous three encounters with the Ospreys.

Fourth-placed Ospreys have lost just one of their last four matches in the URC and have won their last three Welsh derbies.