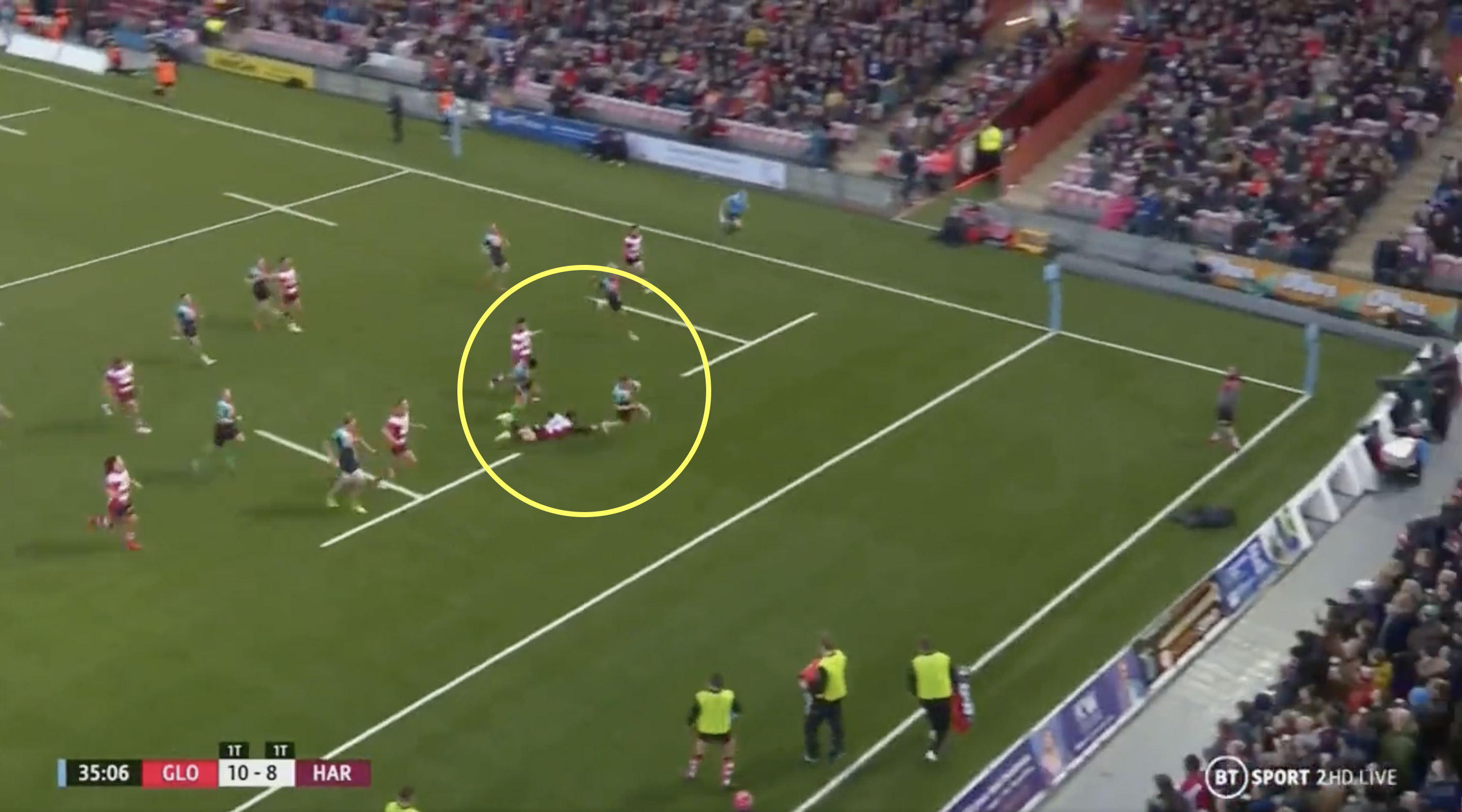 The Harlequins try rugby analysts cannot get enough of

Harlequins centre Luke Northmore won over plenty of fans on Sunday with his sublime finish against Gloucester at Kingsholm.

The No13 scored his side’s opening try of the match in their 20-17 win, and it was some finish. Since then, rugby analysts online have been waxing lyrical about the line he ran and his one on one.

Rugby guru Brett Igoe highlighted the work of openside Jack Kenningham as well, who sucked in the Gloucester defenders with his carry and created the space for Norhtmore to run into after running from out to in before swerving out again just before receiving the ball from Kenningham. Both the flanker and scrum-half Danny Care ensured no Gloucester player was even looking at the centre before he ran through the gap.

However, there was still plenty of work to be done after receiving the ball just outside the 22 as he was still faced with scrum-half Ben Meehan. But Northmore showed a clean pair of heels as he stepped in and out again as the scrum-half barely managed to lay a hand on him.

Quins’ win meant they opened up a four point gap ahead of their fourth place rivals Gloucester in the Gallagher Premiership, with 38 points compared to 34. Fifth place Exeter Chiefs visit the Stoop this Saturday, who currently have 32 points, in a repeat of last season’s Premiership final.

Meanwhile, Quins are still twelve points behind league leaders Leicester Tigers, but only three points behind second place Saracens, so Tabai Matson and his team will have their eyes set on their London rivals with much of the season still to be played.