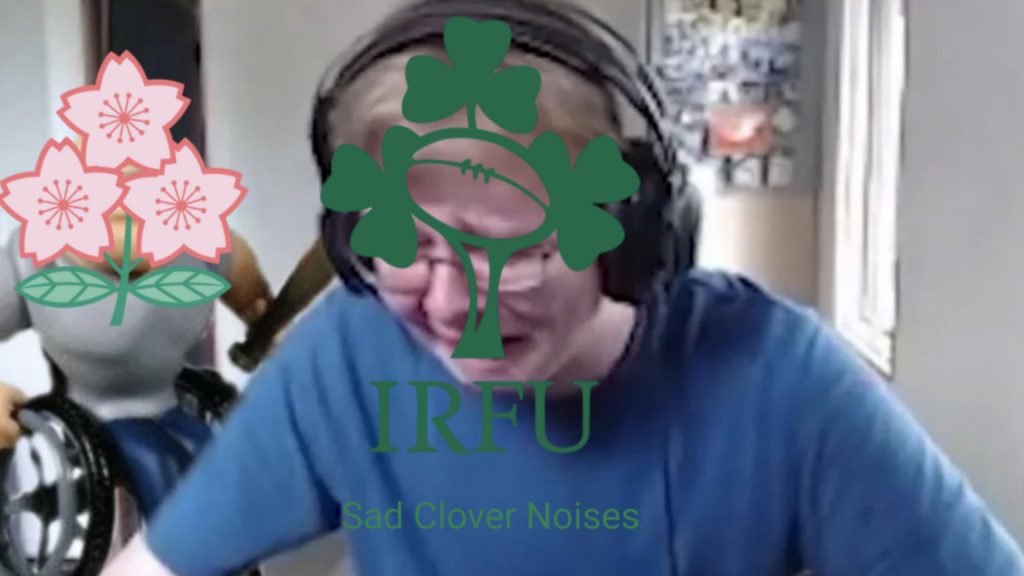 The Ireland vs Japan memes are getting out of hand

There’s not much more we can say than what a day it has been for the Rugby World Cup. The memes so far have been on another level. We thought it was only right to share them here.

When a team like Ireland (ranked 2nd in the World) lose to Japan, you know that the Internet is going to have an absolute field day with it. And boy did they…

We’ll start off with a risky one. The Scots will have to face Japan next, it’s nervous times for them. The Ireland semi/quarterfinals memes are rearing their heads again.

People are digging into Ireland for underestimating the hosts. Rugby Memes Official, going full savage on Joey Carberry for kicking out on the final play. A lot of the memes didn’t shy away from bantering the Scots, who have been in woeful form so far in this World Cup. This particularly tickled us… It’s going to be a tough week for the Irish and Scots with all these memes, they may want to give social media a break. And, of course, laughing at Scotland still… From a spectacular opening ceremony, packed stadia and fanzones, record broadcast and social media figures to superb action and emotional scenes in Kamaishi, it has been a spectacular start to Rugby World Cup 2019.

The opening week of Asia’s first Rugby World Cup delivered unforgettable moments as ‘rugby mania’ has gripped Japan – never has a host nation been so engaged.

On the field, Japan 2019 is the first Rugby World Cup opening week where match scores have been below 50 points, while Uruguay caused the rankings upset of the week in defeating Fiji on a symbolic and special day in Kamaishi.

Japan seized its moment to shine on the global stage as a special opening ceremony attracted universal fan and media praise, wowing a sell-out Tokyo Stadium crowd with a blend of Japanese and rugby history.

Ticket sales across the tournament remain strong at almost 98 per cent, while stadia across the length and breadth of the host nation have delivered incredible atmospheres as locals and travelling fans have joined in celebration.

Another highlight of the tournament to date has been the official fanzones, which have been an attraction for fans and locals alike. Nearly 270,000 fans have attended across the 16 fanzones to date with 67,000 people alone attending on opening night, and the tournament is well on the way to breaking the fanzone record of one million set in 2015.

With rugby mania sweeping the nation, the opening ceremony and match attracted a peak live audience share on Japan’s NTV of 25.5 percent in prime time, a figure that is likely to be confirmed as the biggest ever national audience figure for rugby when the broadcasters publish their data next week. Combining NTV, JSPORT and NHK’s live audience, it is likely to be the most-viewed live event of 2019 in Japan.

Meanwhile, UK broadcaster memes ITV’s coverage of the opening match attracted an audience share of 20 per cent and peaked at one million during its breakfast programming, while England’s opening match against Tonga (11:15 UK time on Sunday) peaked at 4.7 million with Sunday’s earlier encounter between Ireland and Scotland peaking at 3.2 million.

In France, Les Bleus’ opening match against Argentina, memes which kicked off at 09:00 CEST on Saturday, peaked at 3.1 million.

World Rugby Chairman Sir Bill Beaumont said: “This is Japan’s moment to shine, and it is certainly doing that. From a spectacular opening ceremony, excellent rugby, vibrant fanzones and strong broadcast audiences, it has certainly been some start.” memes memes memes

Japan Rugby World Cup 2019 Organising Committee CEO Akira Shimazu added: “We are absolutely delighted with how the tournament’s opening week has played out. We have built tremendous momentum and excitement throughout the country and the stage is set for a truly incredible Rugby World Cup here in Japan.”