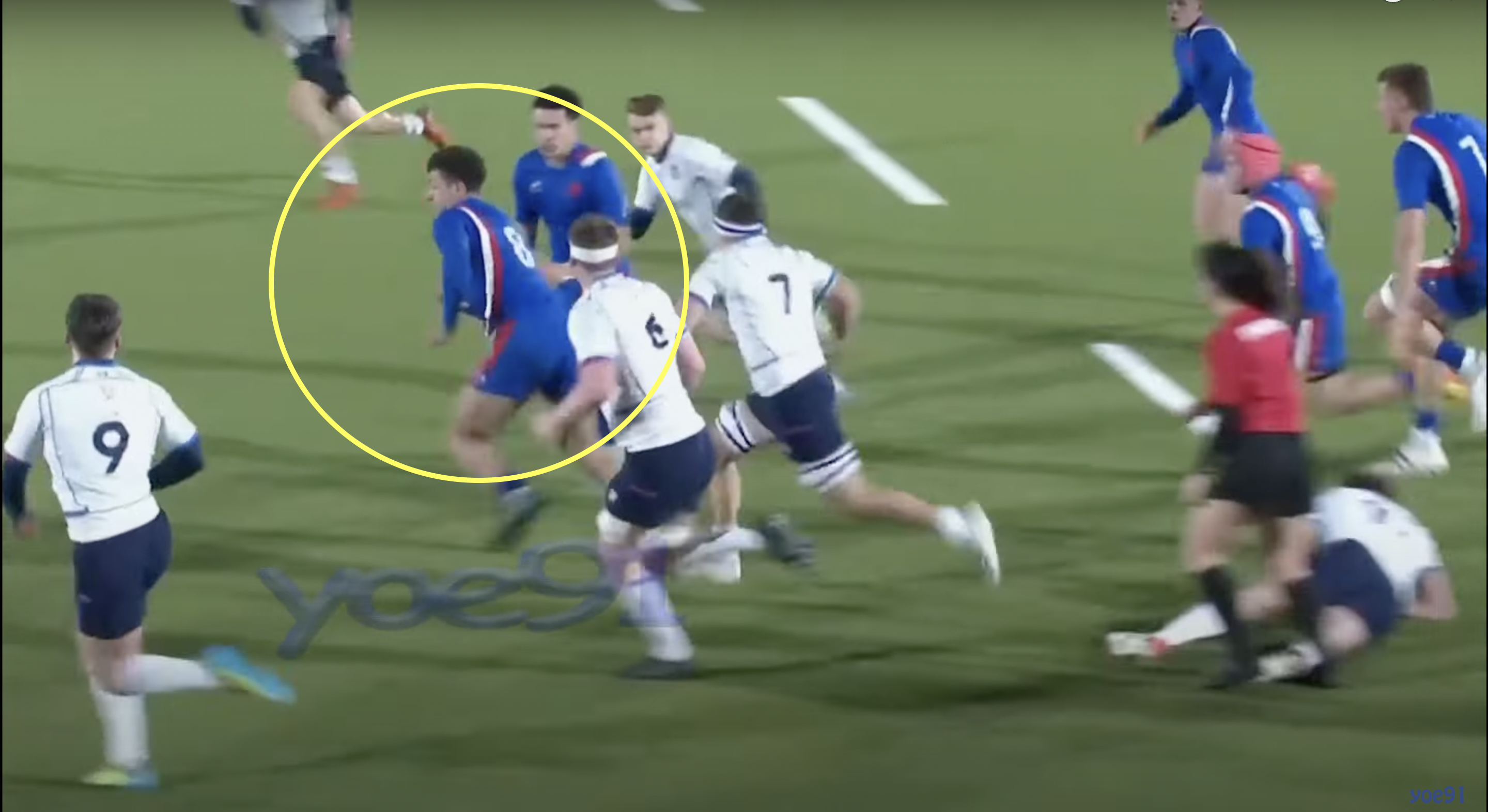 The latest Ntamack the rugby world should look out for

While Romain Ntamack is steering France to a potential Grand Slam alongside his half-back partner Antoine Dupont this year for France in the Six Nations, his younger brother is tearing up trees in the under-20s Championship.

Rather than playing in the backs like his brother or his father, Emile, the 19-year-old Theo Ntamack plays at No8. The Toulouse forward started at the back of the scrum against Scotland under-20 at the Dam Health Stadium on Friday and was even named the player of the match in his side’s 30-17 win.

Ntamack proved to be a consistent threat from the back of the scrum, displaying his acceleration from the base and also a great distribution game.

The win was all the more impressive as Les Bleus played the majority of the match with 14 players after Jefferson Joseph was red carded, and even played the final ten minutes with 13 players after Jules Coulon was shown his side’s second red of the match. France now sit in third place in the Six Nations table behind Ireland and England ahead of fixtures against Wales and England. Meanwhile, Romain’s French side sit at the top of the Six Nations table and seem on course for their first title in twelve years.

Take a look at Ntamack’s performance: