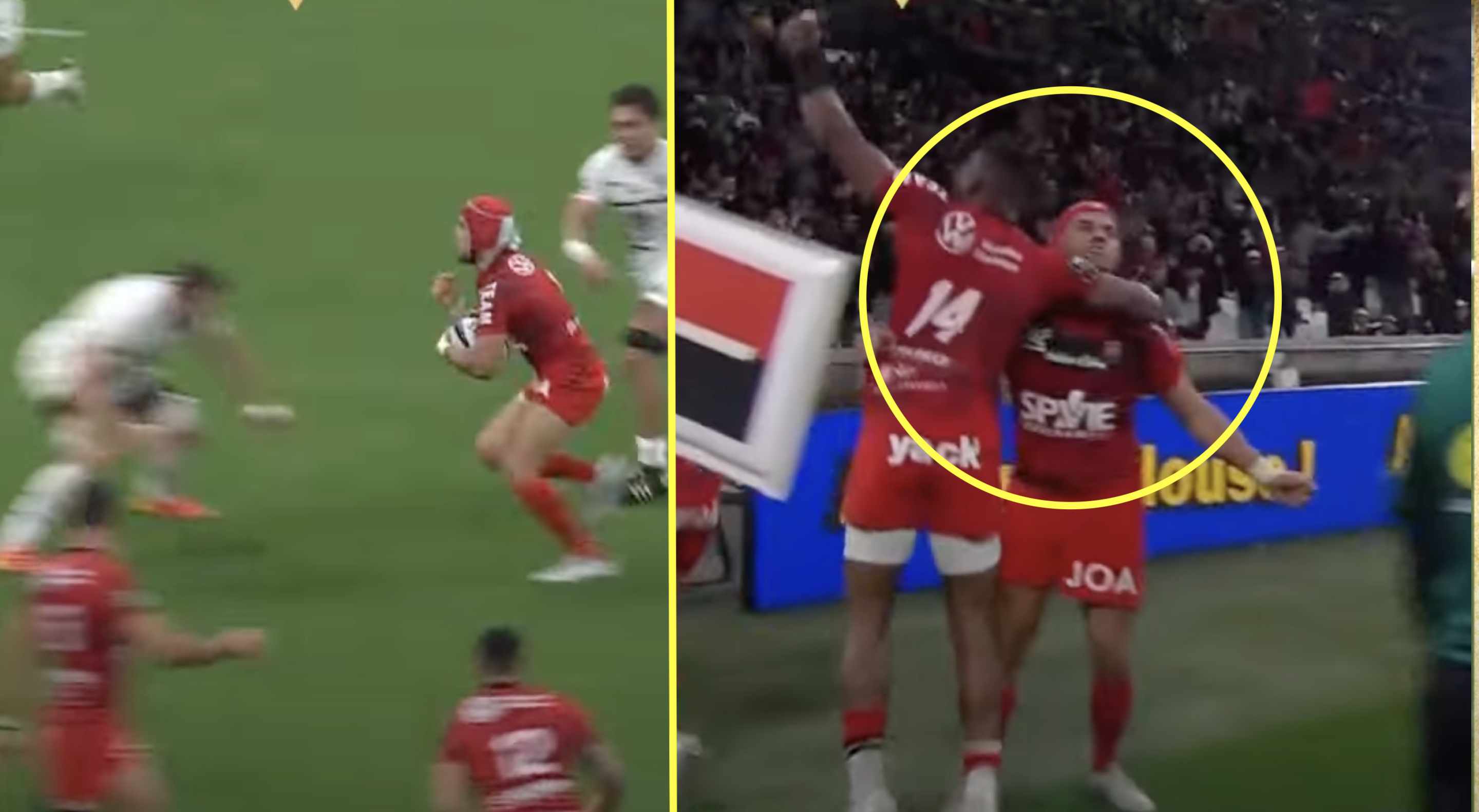 Toulon were dealt the damaging blow last week that World Cup winning winger Cheslin Kolbe will be out for ‘several weeks’ after breaking his thumb in the Challenge Cup. It got worse for them when they realised they had to take on the reigning Top 14 and Heineken Champions Cup winners Toulouse without him.

However, this was the chance for his teammate Gabin Villiere to step up in his absence, and he certainly did. Villiere is effectively the French Kolbe and has emerged over the last year as a world class winger. His display against Toulouse showed that, where a physical and elusive display was capped off with the match winning try at the Stade Velodrome in Marseille. The win also took Toulon to eighth in the Top 14 with three matches remaining.

Yoe Rugby shared a highlights reel of the Frenchman’s performance against the European champions, and it is impressive viewing. Take a look:

A Toulon statement said last week: “Cheslin Kolbe, who was injured in the last match (Toulon – Benetton Treviso), will be kept out of action for several weeks.

“Victim of a broken thumb, the South African international underwent surgery yesterday, an operation which was successfully carried out.

Kolbe also shared this message on Instagram after undergoing surgery:

“Bad timing, but this is rugby life.

“Road to recovery and focused on the finish.

“Thank you for all the wishes of support.”