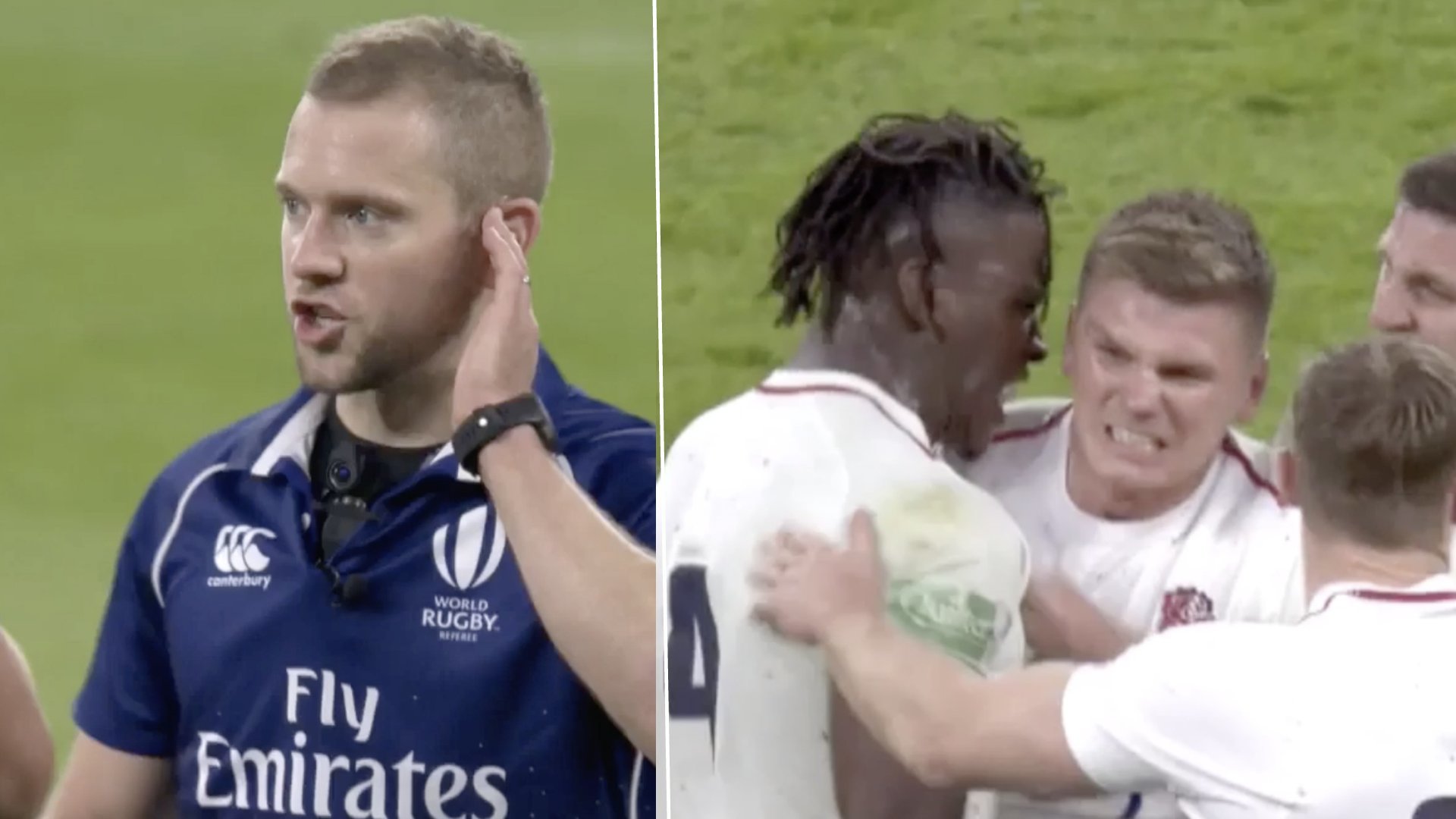 It will be remembered by many rugby fans as just another Owen Farrell hit. But was it the Owen Farrell arrogance directly after which directly triggered South Africa’s World Cup-winning run!

It was the Autumn of 2018 and England were playing South Africa at Twickenham.

South Africa were just one point behind in the dying minutes and the Springboks were on the attack.

When your mum says yes to taking you and your best buds to go-karting and pizza. pic.twitter.com/XCvTAPX0sh

South Africa and the World were shocked and angered by the decision to not award a penalty at that time. But it was this reaction from the England captain which really sent South African fans over the edge.

Rugby fans were absolutely raging with Owen Farrell and his celebration directly after the tackle and win!

South Africans were so perplexed by the incident that they were even filmed the following week teaching their players to tackle tackle bags high rather than the normal waist height.

South Africa were clearly stung badly by this incident.

And it is fair to say that this incident set them on course to their World Cup final win.
After this match, the only time they would lose again would be against the All Blacks, once in the RC and once in the World Cup.

Stuart Barnes seemed pretty adamant that this was an illegal tackle and from the full speed replay it looked just like that. If we look at the slowed down version however it is far more difficult to predict and it was undoubtedly a hard decision.

England’s co-captain went into the challenge with his right shoulder and Esterhuizen came to an abrupt halt. The Australian referee, Angus Gardner, reviewed the tackle, first to determine its height – it was just below the shoulders – and then to see whether the fly-half had, as the law requires, attempted to use his arms. He gave Farrell the benefit of the doubt and did not award a penalty that could have won South Africa Saturday’s Test at Twickenham. Owen Farrell arrogance