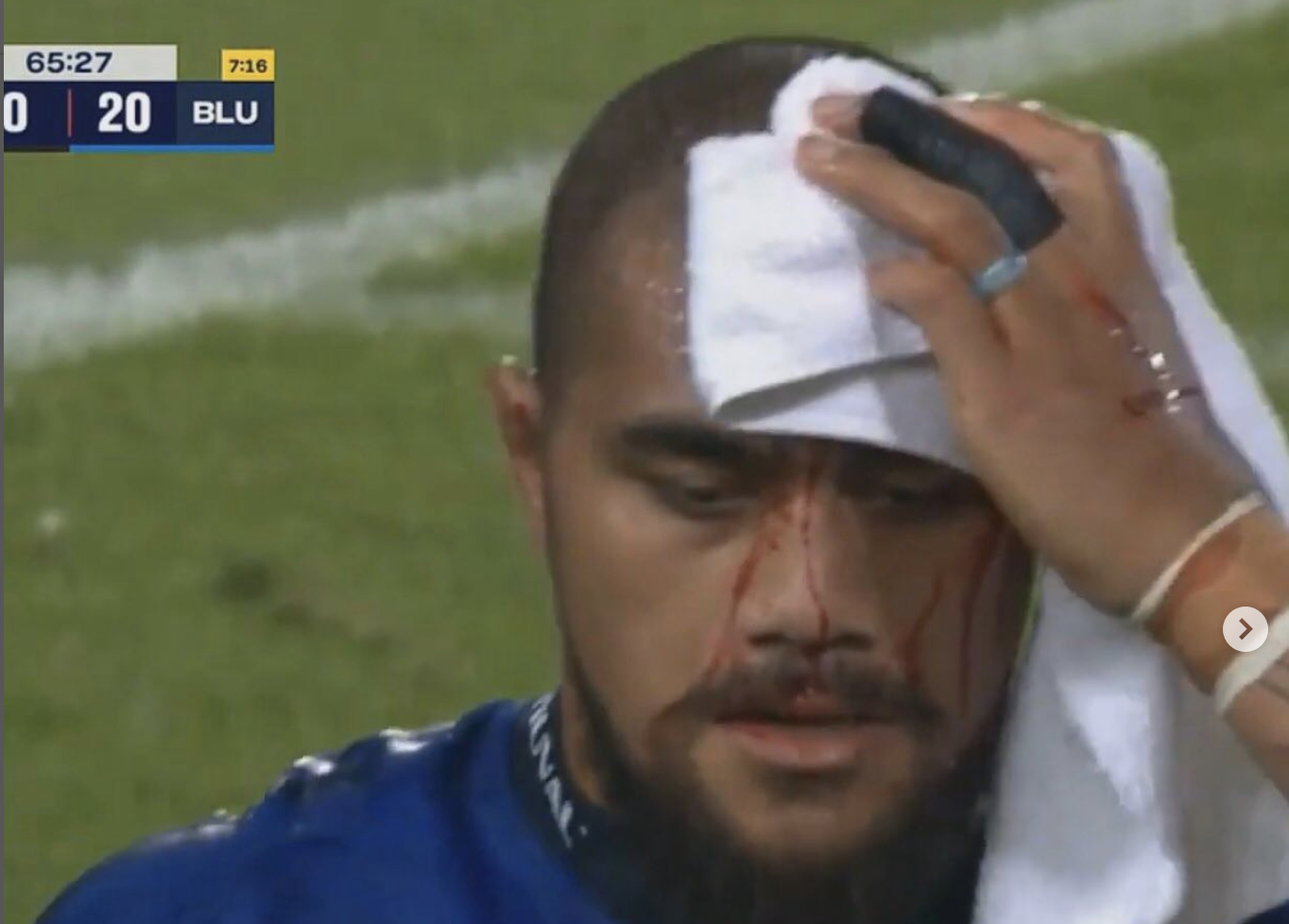 The moment that caused gruesome injury for All Black

Boots and faces are never a good combination, and All Blacks and Blues tighthead Ofa Tu’ungafasi will attest to that.

The 44-cap All Black was leading the kick chase against the Chiefs in Hamilton in Super Rugby Pacific on Saturday, when he had an unfortunate encounter with opposing No8 Pita Gus Sowakula’s boot, or at least that is what it looks like from the replay. As Sowakula burst through the tackle, Tu’ungafasi was able to keep hold of his legs to down him, but he paid the price, remaining on the floor.

He rose covered in blood, and pictures after the match showed what a gruesome injury he suffered, with two sets of stitches on his head.

The Blues won the match 25-0, which took them to the top of the Super Rugby table briefly, before the Brumbies leapfrogged them, meaning they finished the weekend in second place. They are level on points with the Crusaders, who sit in third, before facing them this Friday in Christchurch in what is shaping up to be the match of the competition so far.

Take a look at the injury: