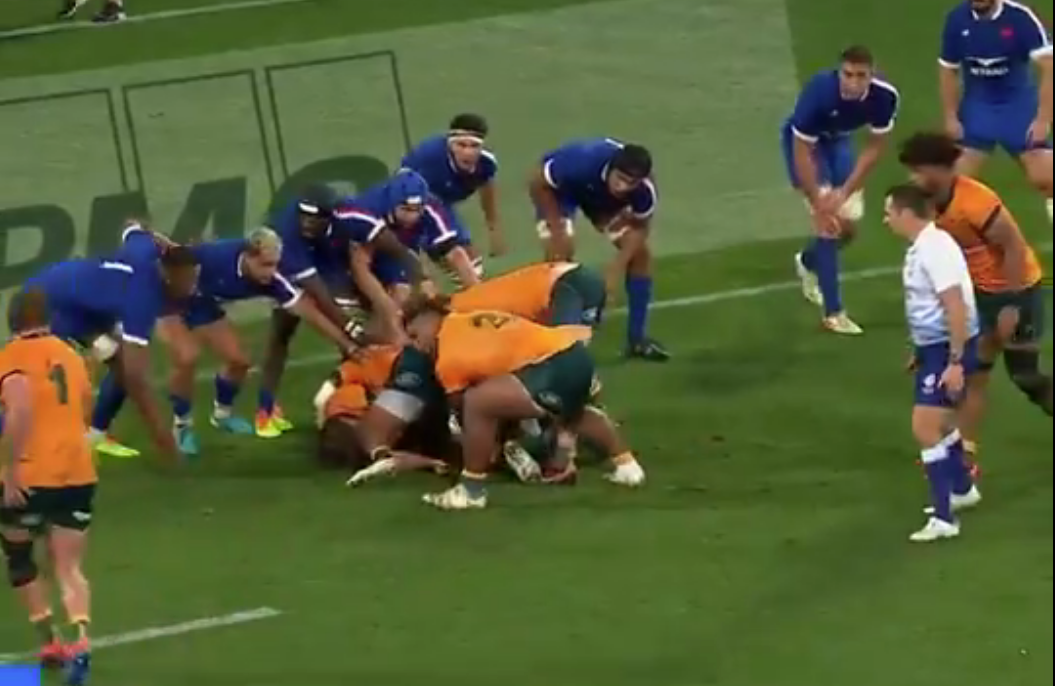 Australia’s Taniela Tupou seems to add to his impressive highlights reel with every game he plays, but it is usually for his rampaging runs down field. However, against France on Tuesday, he proved he is a dab hand as a scrum-half as well.

‘Tongan Thor’ was at the heart of the action against France in Melbourne, setting up the Wallabies’ first try of the match, producing a perfect skip pass at the base of a ruck just short of the line. The bizarre thing is that the pass was to scrum-half Jake Gordon, who scored in the corner.

Now it is unlikely that the 85kg Gordon will soon be packing down at tighthead prop for a scrum, but this was still a strange role reversal, and more evidence that Tupou may well be the best prop in the world currently. Even Gordon himself would have been happy with a pass that cut out three French defenders.

Despite Tupou’s efforts, the Wallabies could still not secure the win against Les Bleus, as they fell to the visitors 28-26.