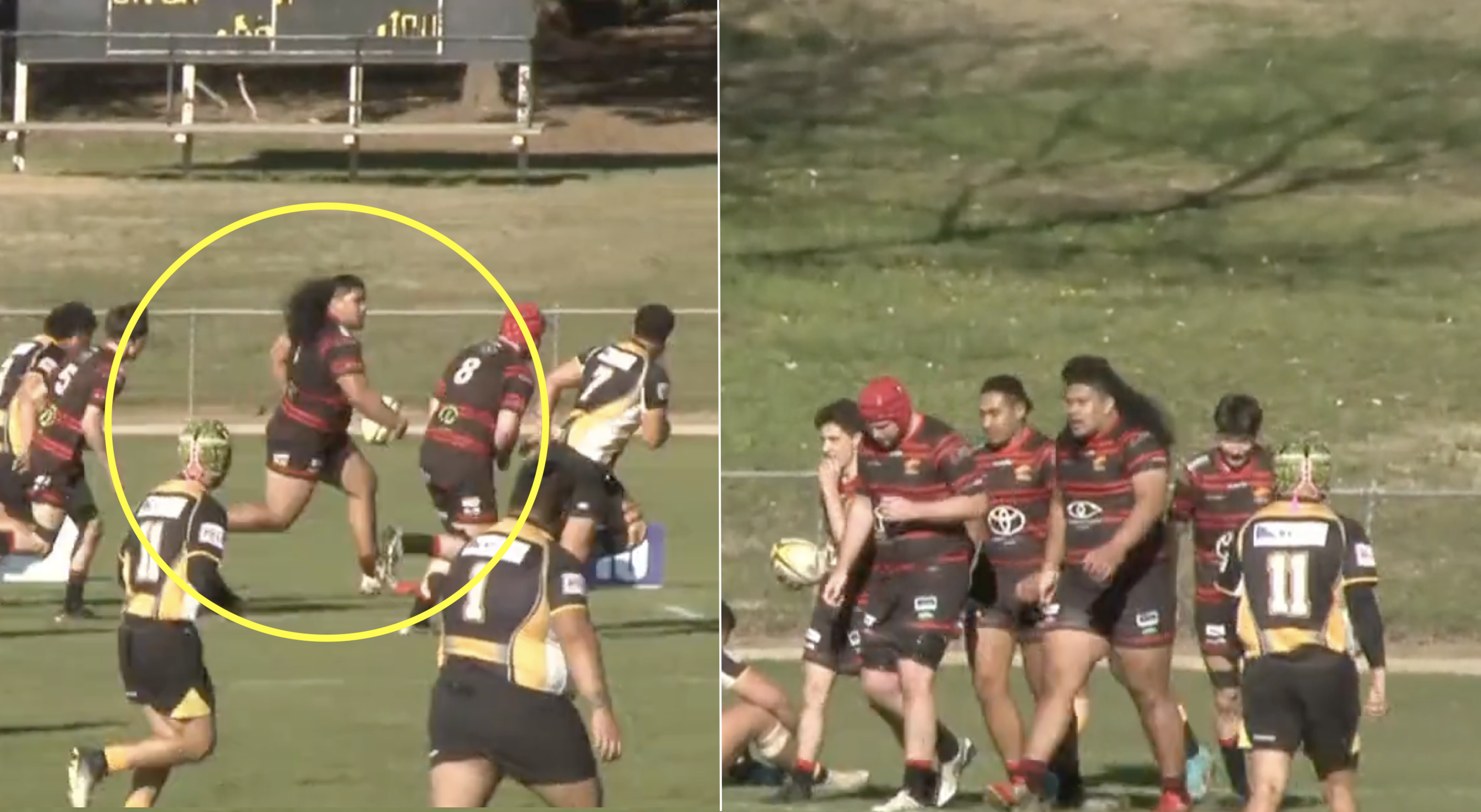 Millions of props immediately retire after loosehead humiliates all propkind

Is is a winger? Is it a fullback? Is it a No8? No! It’s a loosehead prop scoring an absolute worldy of a try from his own half.

Footage has surfaced online this week of one of the greatest tries a prop will ever score. It came last month in a John I Dent Cup match in Australia between Penrith Emus and Gungahlin Eagles at Nepean Rugby Park in Penrith.

The try looks to have been scored by loosehead Tauati Chan Tung, although it takes a while to see whether it is a No1 or No11 on his back given how immense his run was. The try started with the prop receiving the ball on his own 40 metre line from a kick. After ambling towards the onrushing defenders, he suddenly put on the afterburners and skinned the entire group of tacklers on the outside. Now this is more than most props do in a lifetime, and they would usually look to run into the nearest tackler or pass in sheer panic in this situation. Not here though. A chip and chase was pulled out the bag before running over the fullback to score a try.

It was simply one of those tries that needs to be seen to be believed given how outrageous it sounds. Take a look:

For those who’d like to see a clearer version (with watermarks still attached🙄). Courtesy of @BrumbiesRugby and @BarTVsports. pic.twitter.com/g0Q5XmCs26

Here are the teams: