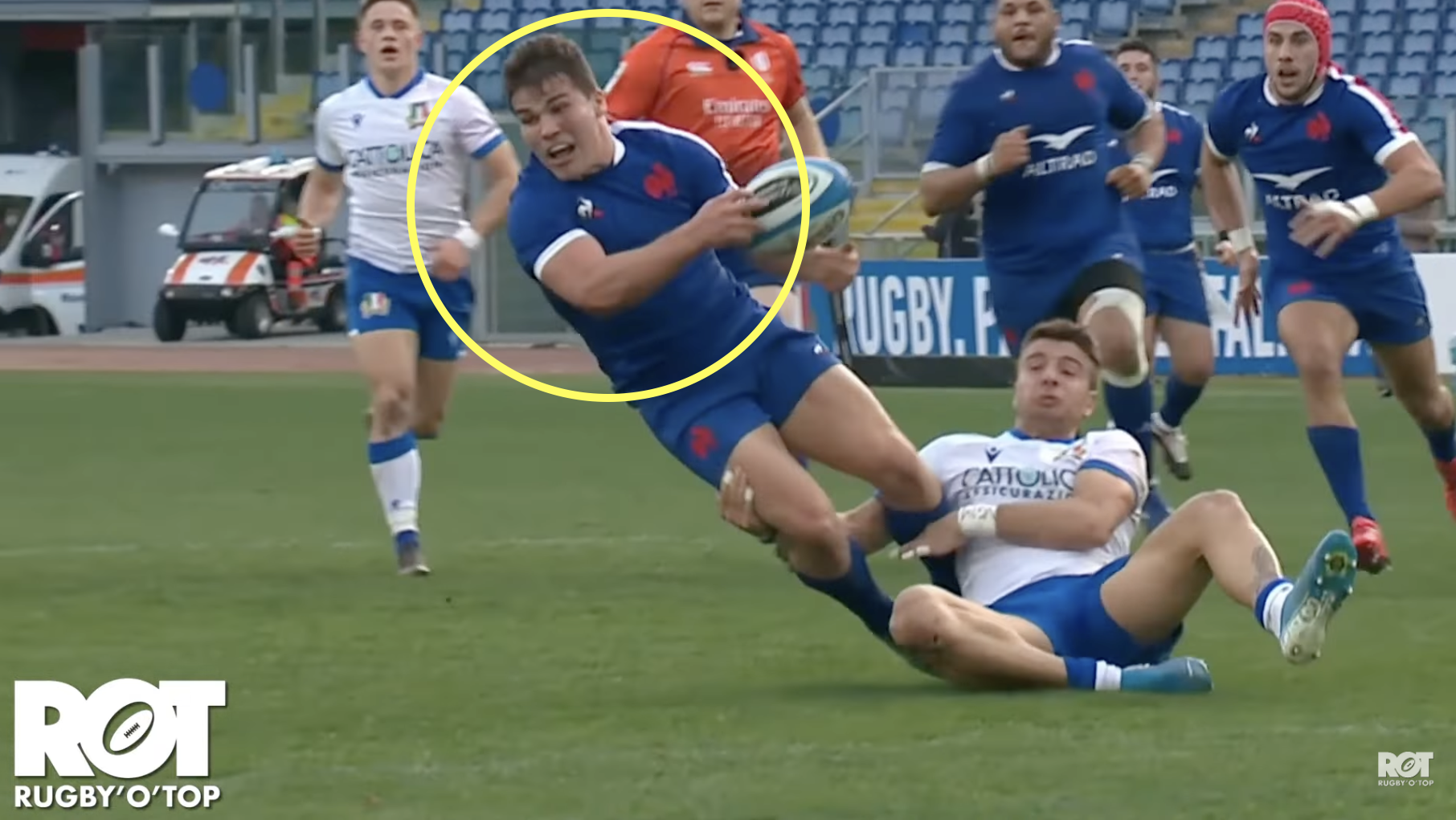 The moment the world realised 2021 was Antoine Dupont’s year

France’s Antoine Dupont was officially unveiled as the 2021 World Rugby player of the year today, beating Maro Itoje, Michael Hooper and Samu Kerevi to the award.

This was coming, as the scrum-half was the firm favourite to land the award after a year where he won a domestic and European double with Toulouse. Though he won no silverware with Les Bleus, their year was crowned off with a dominant win over the All Blacks in front of a raucous Stade de France.

But it was at the beginning of the year in the Six Nations where the 25-year-old made it clear to the rest of the world that he was the best player. One moment in particular against Italy may have cemented his status, as he created a try for Arthur Vincent. Here he exhibited what he perhaps does better than anyone else on the planet, which is being a support runner. This helps him grab bags of tries, but on this occasion he was able to produce a deft offload over his shoulder to set up the try. Nothing sums up what a player Dupont is more than this:

After being crowned, Dupont said: “I think I’ve been lucky enough to play in teams that have had good results, whether it is with Toulouse with whom we had an extraordinary season last year with the double, and with the French team, even if I couldn’t make the summer tour (to Australia).

“We had a good Six Nations tournament, where we finished second again, and this tour in November and the victory against the All Blacks.

“It’s all positive, and in the middle of it, I was able to have a lot of fun.”