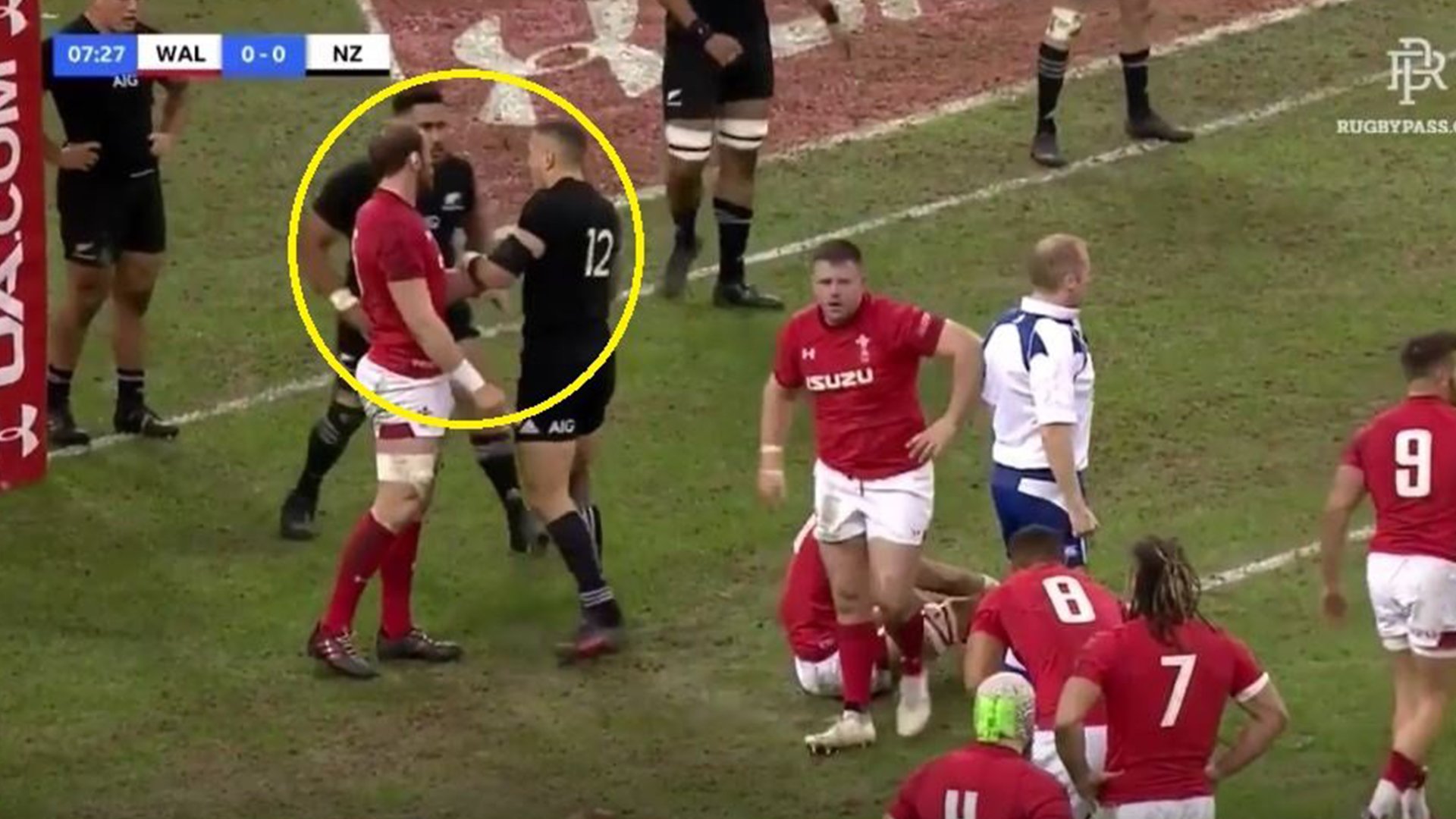 We have found incredible footage of the moment when Alun Wyn Jones confirmed that he was the true alpha in rugby terms, with this dominating power display over Sonny Bill Williams of New Zealand.

The clip comes from a game back in 2018 when the All Blacks travelled to the then Millenium Stadium.

The men in black may have won the match, but this is the only moment that we can remember from the game.

In the short snippet that we found, the Welsh goat asserts his physical dominance over SBW in the best way that he knows.

It truly is an impressive sight to behold.

SBW has not been seen in Cardiff since this happened, we think this is why.

The game ended with a narrow victory for New Zealand with Sonny Bill Williams playing well in the rest of this match.

Alun Wyn Jones is considered by many rugby fans to be the greatest Welsh player to have played the sport. A hero on and off the pitch, the lock has led by example for the men in red for over a decade.

People are wondering whether he will be still at the level needed when the Lions take on the Springboks in 2021. With stars such as James Ryan and Maro Itoje vying for spots in the team, it will be tough for him to get a starting place in the squad.

If he manages to do things like this to the Springbok pack though, he could be a valuable enforcer in the Lions squad.

Here is the clip of Alun Wyn Jones dominating Sonny Bill Williams in an encounter that we simply can’t and won’t forget any tme soon.

This is why we love Alun Wyn Jones so much! He never takes a step back.