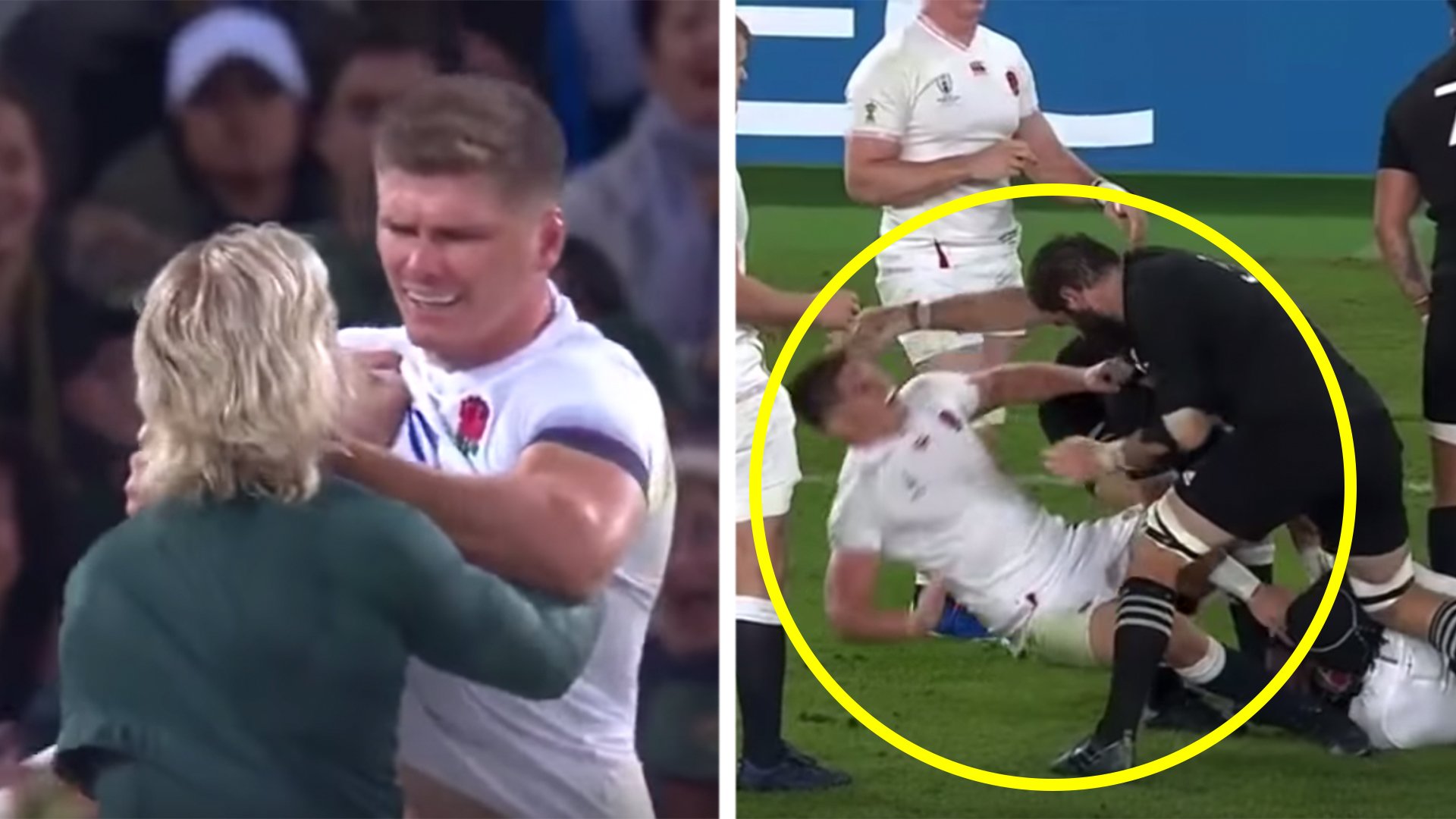 Owen Farrell is hated by many that is a fact. But it turns out that he may in fact be the victim of attacks from other teams in the sport.

The Rugby World Cup as a whole was marred by a string of unsavoury tackle incidents, with officials complaining about how this area of the game is being managed. Farrell himself has earned a bit of a bad reputation in the rugby world with his tackle techniqie. Farrell has earned himself the nickname of “Shoulder Boy” because of these incidents.

His former Saracens teammate Schalk Brits give him a nasty elbow to the face back in 2013 when the Lions took on the Barbarians before their tour of Australia.

World Cup winner Faf de Klerk also appears to get unnecessarily frisky with him back in 2018.

And then most recently we saw All Black Sam Whitelock swipe him in the World Cup semi-final when England dusted them up to reach the final.

Here is the video that was made named “Anti Farrell”.

Look at how much Farrell is targeted in this video!