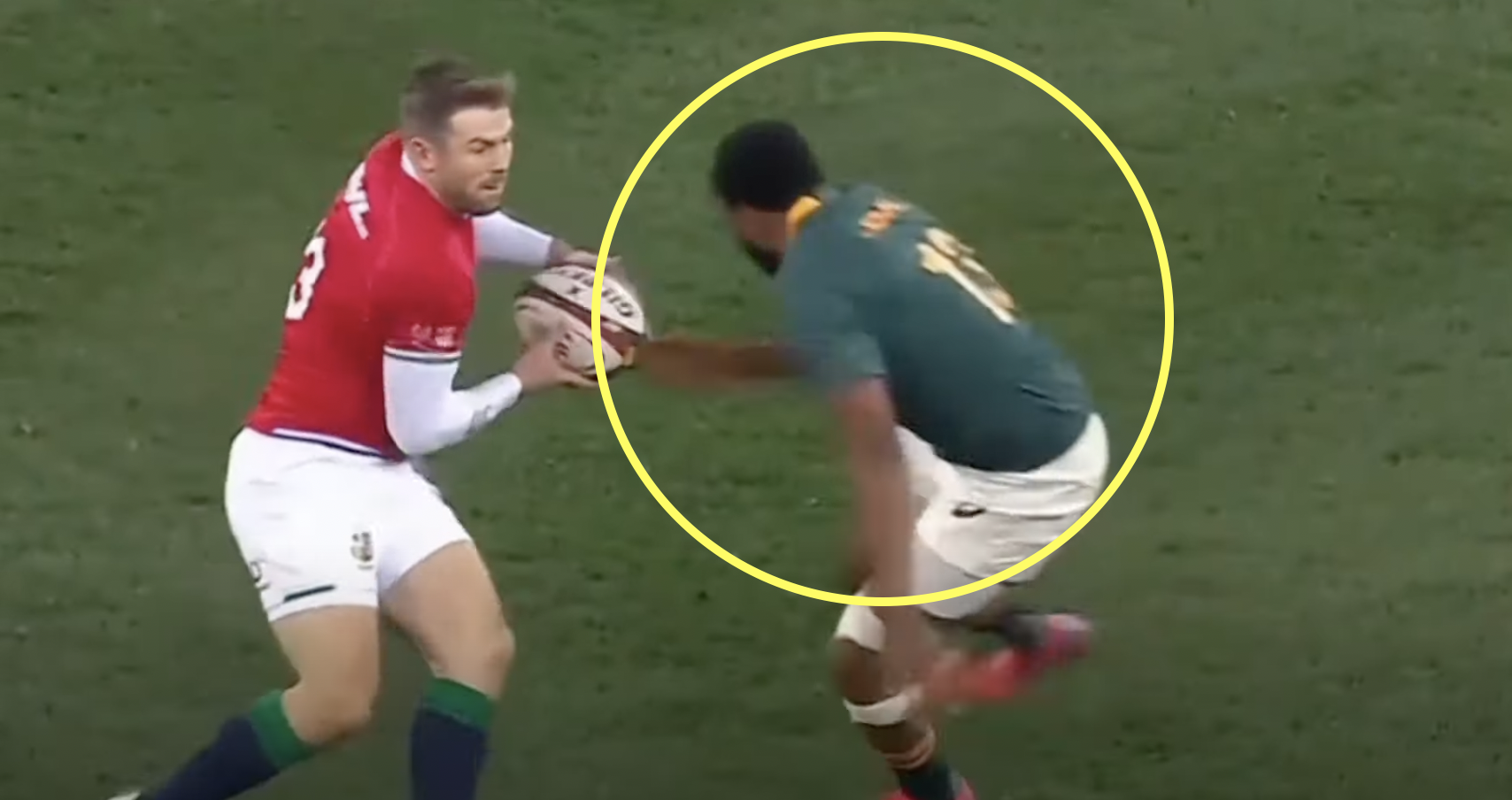 The monstrous tackle that defined the Springboks’ year

To boil down every massive tackle made by a Springbok in one year into a list of three is a thankless task, but that is something Die Hard Rugby has recently done.

Two of the tackles came very late in the year; one in the Springboks’ final match of 2021 against England at Twickenham and one two weeks later as Leicester Tigers hosted Harlequins. Malcolm Marx produced the tackle against England, smashing tighthead Kyle Sinckler as he fumbled for the ball. If there is such a thing as a ‘sweet spot’ when it comes to ramming one’s shoulder into another person, Marx found it on that occasion. Loose forward Jasper Wiese produced the other tackle at Welford Road, as he perfectly timed a kick chase to slice Quins’ Cadan Murley in half at pace.

But the other tackle on the list actually came at the beginning of South Africa’s international season, and perhaps set the tone for what was to come. Having only had a warm-up against Georgia, and a South Africa A match, the Springboks were very raw going into the first Test against the British & Irish Lions in July. There was still a question mark over how they would perform.

But within three minutes of the match outside centre Lukhanyo Am would put in a tackle that would define the rest of the series. As the Lions moved the ball out wide, the South African blitz defence flew forward and Am swarmed his opposite man Elliot Daly. That set the tone for how the Springboks would defend for the entire year, let alone the series, while the Lions barely moved the ball wide again that series.

The Springboks would go on to win the series, and despite having a disappointing Rugby Championship would finish the year ranked world number one, and the platform seemed to be set with Am’s tackle.