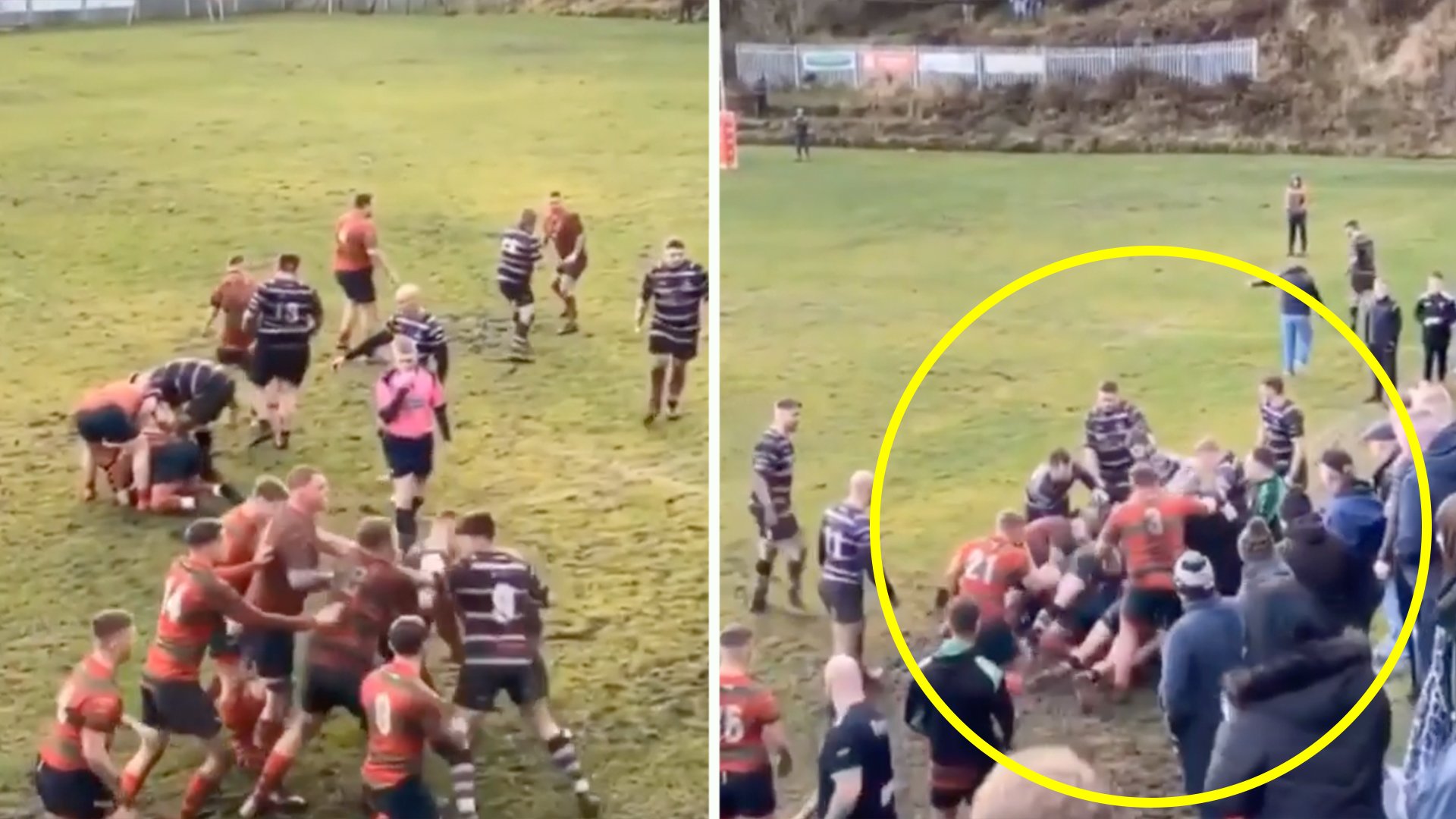 So this happened somewhere in Wales over the weekend. The mother of all brawls appeared to break out, and it makes for an incredible video!

A mass brawl between both of these rival rugby teams was caught on camera before four players were sent off and a disciplinary team launched an official investigation into exactly what happened.

The footage was recorded by a spectator at the match between Cambrian and Treorchy in Wales on Saturday.

In the video, Cambrian Welfare RFC can be seen wearing red shirts with Treorchy wearing black-and-white striped kit, if you can see past the mud bath that was created! By the time that clip begins, the brawl is well underway with players from both teams wildly throwing punches in the faces of the opposition.

The referee attempts to restore order in the fight by blowing his whistle, but it does not seem to work as both teams continue fighting.

Several Cambrian players can be seen surrounding and attacking a member of the opposite team before a member of his own team jumps in to help him.

Screams can be heard from the crowd as they attempt to stop the fight taking place. In addition to this, some fans can be heard egging on the players to help each other in the fight.

The referee did his very best to restore order in the chaos by blowing his whistle, but it was no use… It reported that two players were instantly sent off after the fracas took place. Welsh disciplinary chiefs are reported to be looking to get involved to take steps to sanction the one involved.

The scrap took place in the second half of the match in the Division One East Central top versus bottom meeting.

Here is the video of the full confrontation. This is one of the worst brawls that we’ve ever seen!