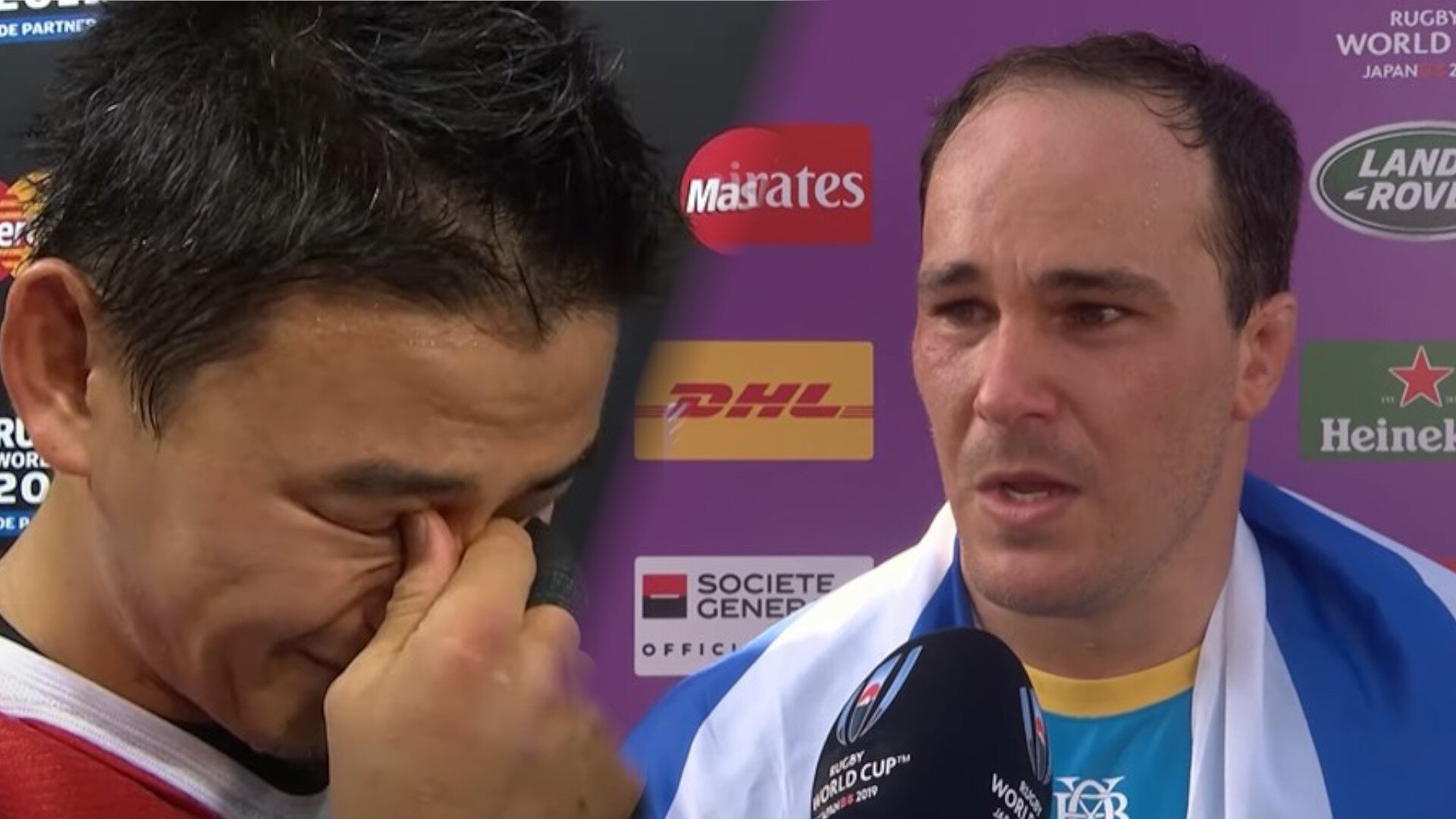 The outragous omission from World Rugby most emotional interviews vid

We actually got choked up watching this World Rugby video, but they weren’t just tears of sadness, they were tears of anger.

“The Rugby World Cup is full of emotions but nothing quite plucks at the heart strings like those emotional post match interviews, here are some that will certainly bring a tear to your eye. Featuring Richie McCaw and Alun Wyn Jones,” said World Rugby.

So where the hell is Mike Brown giving it to do the reporter after England were bravely knocked out of the 2015 Rugby World Cup? We’ve added that to the bottom of this page so you can watch.

Two wrongs don’t make a right, but really, it should have been in here, so it could be correctly honored by rugby fans.

All the same this is a very good video from World Rugby.

Here’s Mike Brown’s ‘They won and we lost’ interview, which never really gets old.

Facts for you to read and understand: London Irish are the Premiership’s joint-top try scorers so far this season (75, alongside Saracens); however, only Worcester Warriors (95) and Bath Rugby (75) have conceded more tries than them so far this term (71).

Harlequins have the highest scrummaging success rate amongst all teams in this season’s Premiership (95%); additionally, they have also conceded fewer scrum penalties than any other team (20), while London Irish have conceded the second fewest (24).

London Irish’s Ollie Hassell-Collins and Harlequins’ Cadan Murley are the two leaders in terms of clean breaks made so far in this season’s Premiership (18 each); Harlequins’ Andre Esterhuizen also ranks fourth in this regard (14).

No players made more break assists passes in last weekend’s round of Premiership fixtures than London Irish duo Ollie Hassell-Collins and Benhard Janse van Rensburg (2 each); however, nobody has provided more break assist passes this season than Harlequins’ Tyrone Green (15).