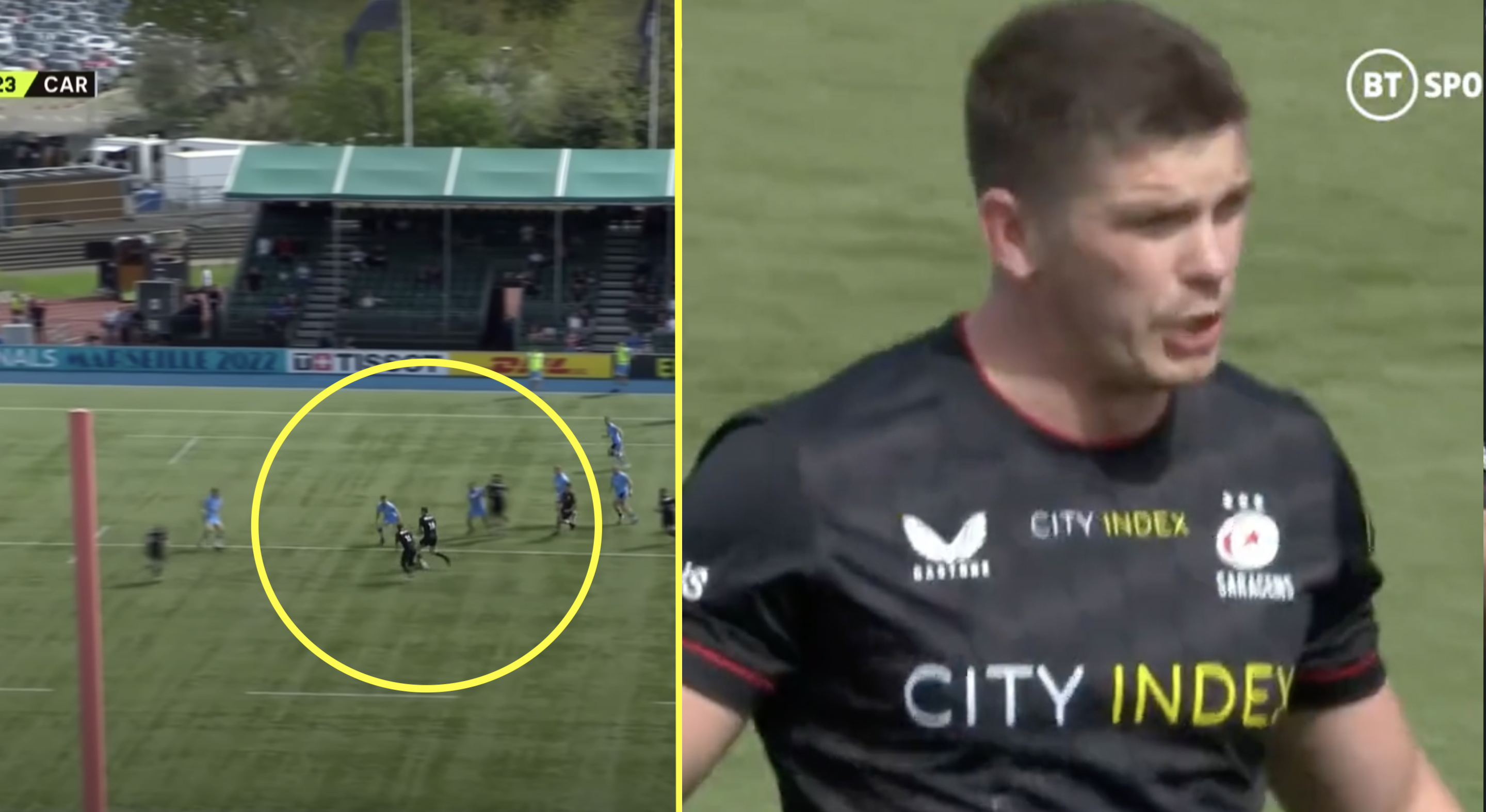 The perfect Owen Farrell pass that went under the radar

Plenty of talk following Saracens’ Challenge Cup win over Cardiff on Sunday has been about Owen Farrell’s offload to put teammate Max Malins in for a try, and rightly so as it was a world class piece of skill.

But that was not the only moment of magic that the England talisman produced at the StoneX Stadium in his side’s 40-33 win. Even before the try, Farrell and Malins had shown the telekinetic bond they have when they linked up for a Sean Maitland try. After shaping up to sling a longer pass to hooker Ethan Lewis, Farrell quickly decided Malins was a wiser option in the wider channels, and effectively dummied a long pass and produced a short pop in the same movement to allow Malins to glide through a gap and get the ball away to Maitland for the try.

This creativity is perhaps an area of Farrell’s game that he is not recognised for. The England fly-half/ centre is a great passer, but in terms of these deft passes on the gainline, it has always been his rival George Ford that has been associated with them, while Farrell has been associated with defence and kicking as a generalisation. This match went to show that Farrell has plenty of strings to his bow, and was playing at inside centre when he pulled off these pass, where he was perhaps afforded a bit more time.

Playing at No12 is role he will probably have to settle for with England for the foreseeable future with Marcus Smith at No10, but that is not something he is averse to. His combination with Manu Vunipola on Sunday in the second half showed that No12 could even be his best position.