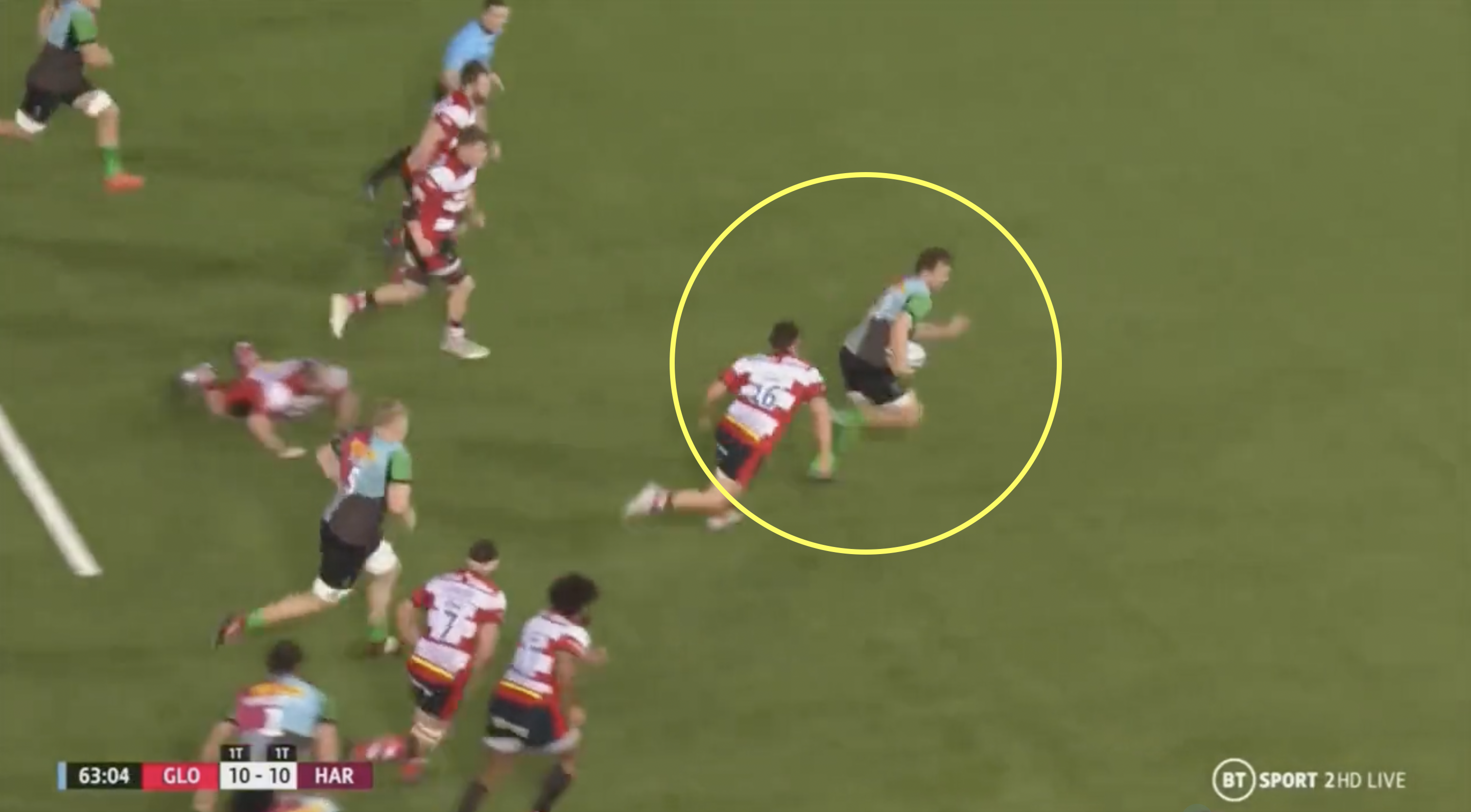 Another match for Harlequins and another man of the match performance for their centre Andre Esterhuizen after their victory over Gloucester at Kingsholm on Sunday, as the South African seems untouchable at the moment.

Following his man of the match performance at Twickenham against Northampton Saints in Big Game 13, Esterhuizen was superb again against fourth place Gloucester. Whether it is putting in monstrous hits in defence, carrying like a possessed rhino or even proving to be a nuisance at the breakdown, the eight-cap Springbok is arguably the form player in the Gallagher Premiership at the moment.

Just a snapshot of Andre Esterhuizen’s performance against Gloucester this past weekend. #SaffasAbroad

The man is in incredible form for @Harlequins 🃏 pic.twitter.com/y3GVe3gI5D

Despite producing displays like this for much of 2021, and proving to be pivotal in Quins’ Premiership triumph, the 27-year-old has not represented South Africa since August 2019. With World Rugby changing the rules around eligibility in 2021 to allow players to switch to countries of their heritage after a three year stand down period, there will be a number of nations that will be doing some research into Esterhuizen’s family tree, hoping he has grandparents from elsewhere.

This would be a very wise move by the RFU, as they seek to find a player to play the role Manu Tuilagi does in the midfield when the Sale Sharks man in unavailable, or even to partner him in what would be the most devastating midfield partnership in the game. He would have completed his three year stand down period come August, so most countries will be hoping that there is a glimmer of hope that they could snap him up.

The alternative is that Jacques Nienaber decides to select the 113kg midfielder for the Boks, which is no less than he deserves.