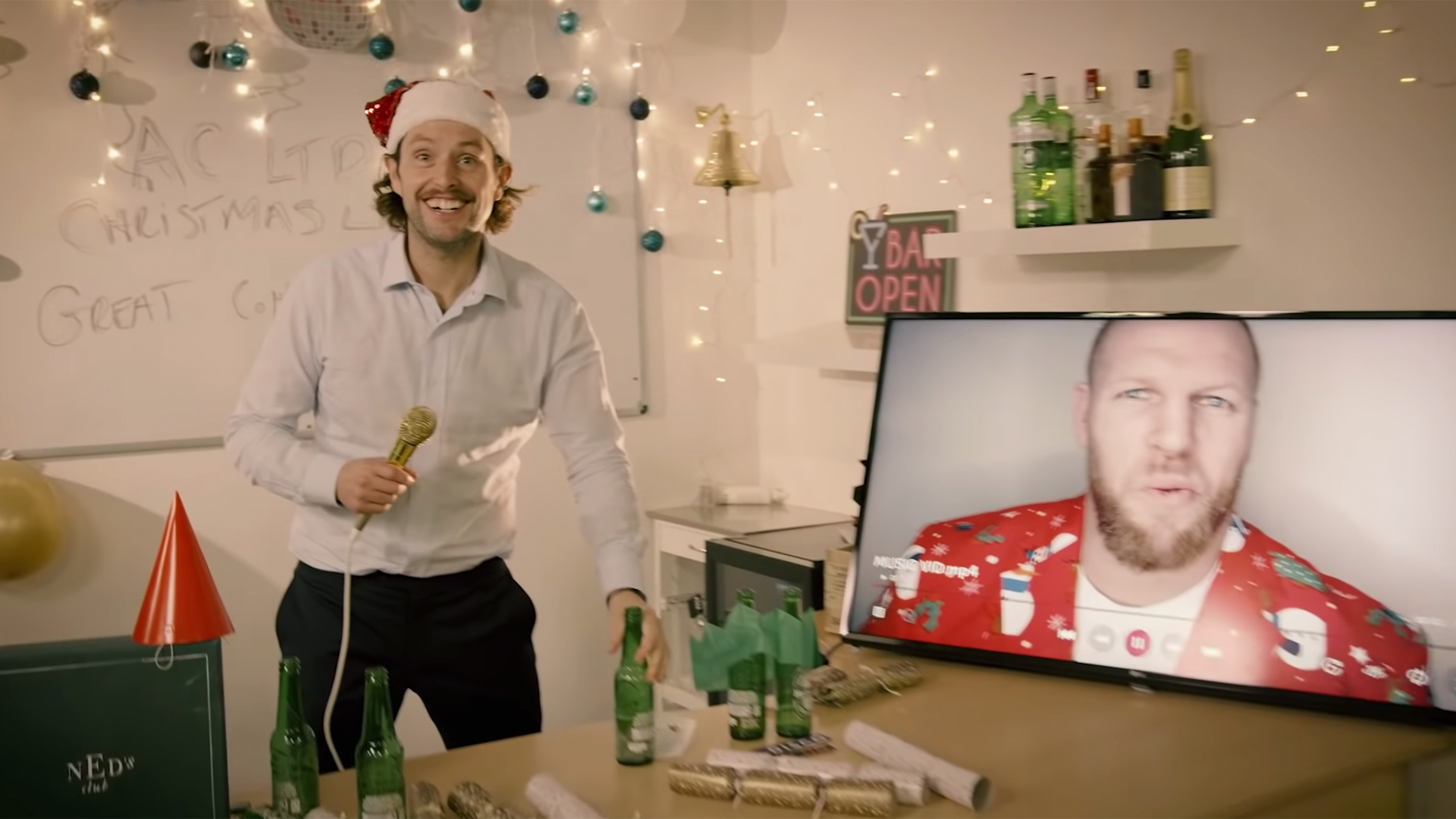 The race to Christmas number 1 is getting towards the business end and this year there is one very different contender for the top spot.

Vying for the coveted number 1 position this year are the usual suspects with the likes of Wham, Justin Bieber and Mariah Carey all in with a shout.

This year, however, there is a rugby song in the mix with ‘Rig Aid’ looking to bag the UK’s top spot come the end of 2020.

Rig Aid – It’s Christmas Time (It’s Time to Lash) is a charity single which was released on the 18th of December.

The song is looking to raise funds for ‘Restart Rugby‘ which helps male and female rugby players both physically and mentally. The song has had a huge celebrity backing with the likes of James Haskell, Jim Hamilton and Danny Care featuring in the single’s Official Music Video.

He’s made a name for himself online by savagely rinsing Clapham rugby boys in a number of viral online videos as well as being the host of the popular Rig Biz podcast.

He is now focusing his efforts on securing the Christmas Number 1 for this charity initiative and it’s going very well thus far.

Watch the new charity single in the video below.

Here is what James Haskell had to say about the new single,

“Restart Rugby is a charity incredibly close to my heart that helps both male and female players physically and also mentally,”

“They have stopped people from committing suicide thanks to their anonymous helpline. They literally save lives. It costs around £70,000 alone just to run the mental health offering and they are about to run out of money.

“I’d be lying if I thought I would ever be singing on a track, let alone going for Christmas No1. I must hand it to the lads, it’s an incredibly catchy and entertaining song and I truly believe we have got a great shot at reaching Christmas No1.”