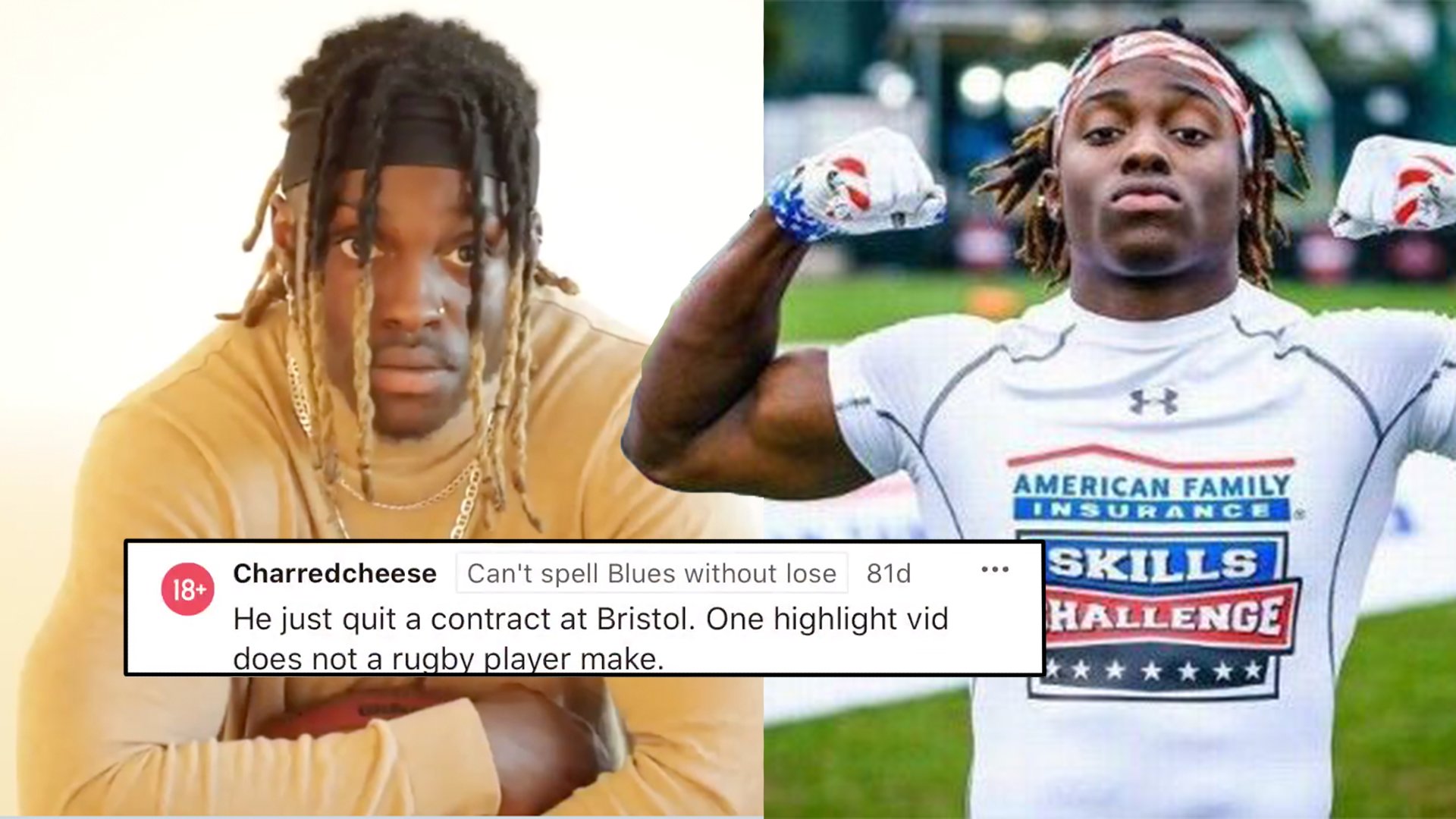 Teen rugby star sensation Tyrese Johnson-Fisher has revealed why he has left rugby. It was because of the haters!

There was a period in 2015 when the name Tyrese Johnson-Fisher was on the lips of everyone in English rugby. A video had emerged of the 14-year-old scoring four tries in a single game and it quickly went viral. The video currently stands at 2.5 million views and the excitement around the Oakham school centre was clear to see.

People from all across the globe, rugby and non-rugby fans alike, were sharing the video and watching in amazement as the young back scorched defender after defender and made the game look remarkably easy.

After a short period at Leicester Tigers Under 18’s, the 18-year-old from South London decided to take on an entirely different challenge, American Football. The viral video of Tyrese helped the youngster to gain interest from Coastal Carolina University Football, a team that played in the NCAA Division.

There was so much hype around the youngster when he joined Bristol Bears in August of last year.

🇺🇸➡️🇬🇧@tj_athlete has touched down at #BristolBears on a 1⃣ year deal 🛬

Excited to see this guy seize his opportunity 🔥 pic.twitter.com/BiPLkmahDl

Sadly things did not work out for the youngster who is now looking for a return back in American football.

Tyrese posted an emotional video on his social media yesterday explaining his reasons for why he had chosen to leave the sport.

He blamed the constant negativity from haters in rugby being a reason for him leaving the sport.

In the video he said,

“God has blessed me to allow me to do what I love. I left American to come back playing rugby. Professionally this time and I learnt a hell of a lot. But rugby doesn’t allow me to be who I am. People always telling me what I can and can’t do. And the constant negativity that I had to endure. I feel like I can be who I am now. American I’m coming.”

Here is his full announcement that he would be leaving the sport.

Excited to come back to the game that I love, and to be given another chance at making to the NFL. It has been a crazy journey up and till now which gives me great joy to share that I will be committing to Garden City CC @ThomasMinnick7 @GCCC_FOOTBALL #uktotheworld #imback pic.twitter.com/MTktZWRTKS