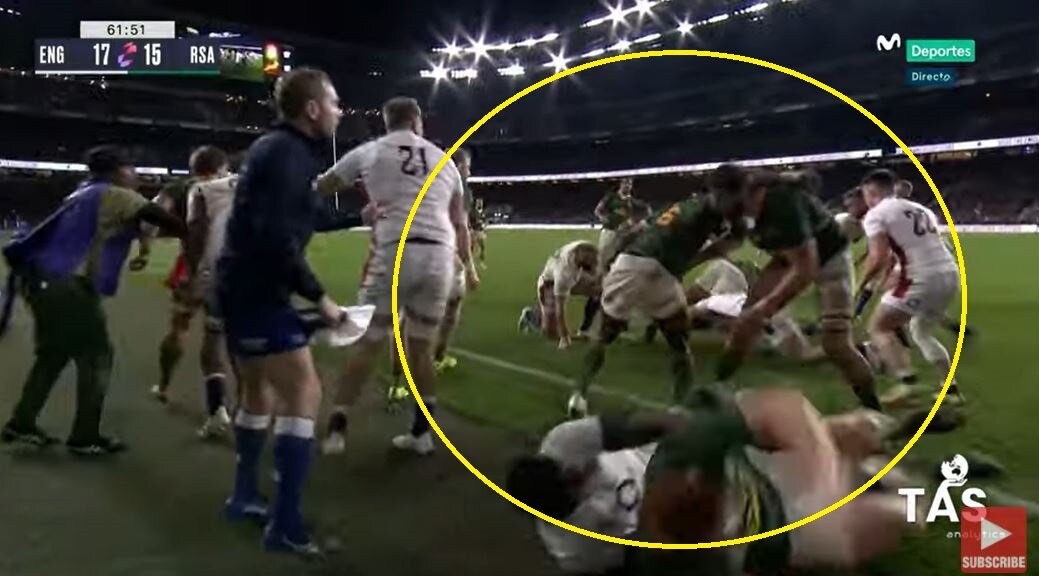 The video titled “Referee Analysis: England vs Springboks | Will World Rugby and Andrew Brace Apologize for this?” picks out what they see as multiple instances of bias against the Springboks.

Mr TAS wrote: “What on earth did I witness tonight? How the hell is Andrew Brace allowed to officiate an international game? I told everyone after the Stormers-Munster game how bad he was. But guess he still passed his officiating review. That is why I’m so skeptical about World Rugby and officiating. I call total BS on their officiating reviews because every single weekend I see this stupid mistakes from refs, yet there is no consequences.”

He has major pop at Andrew Brace, who was the referee that France were really angry at last year during the Autumn Nations Cup.

“The last 20 minutes of this game was atrocious from Andrew Brace. The amount of mistakes he made, and coincidently all of it going against the Springboks as well. I’m convinced he has a bias against SA teams and that was clear from his officiating in the URC.”

After explaining what he sees as the failings, he concludes by saying:

“So I ask you this, do you understand why refs should be held accountable? Andrew Brace just cost one team a game at international level, and World Rugby is going to sit back and do nothing. Yet, they want Rassie to apologize…

“How about you and Andrew Brace apologize for this performance. Absolutely disgraceful”

Strong from Mr Tas indeed. What we’d point out that if you go over every inch of a game in review – like Rassie did during the Lions, you’ll find these instances at literally every ruck, maul, lineout.

It’s the nature of rugby, which can’t be officiated to the letter of the law, rather it needs to be interpreted.