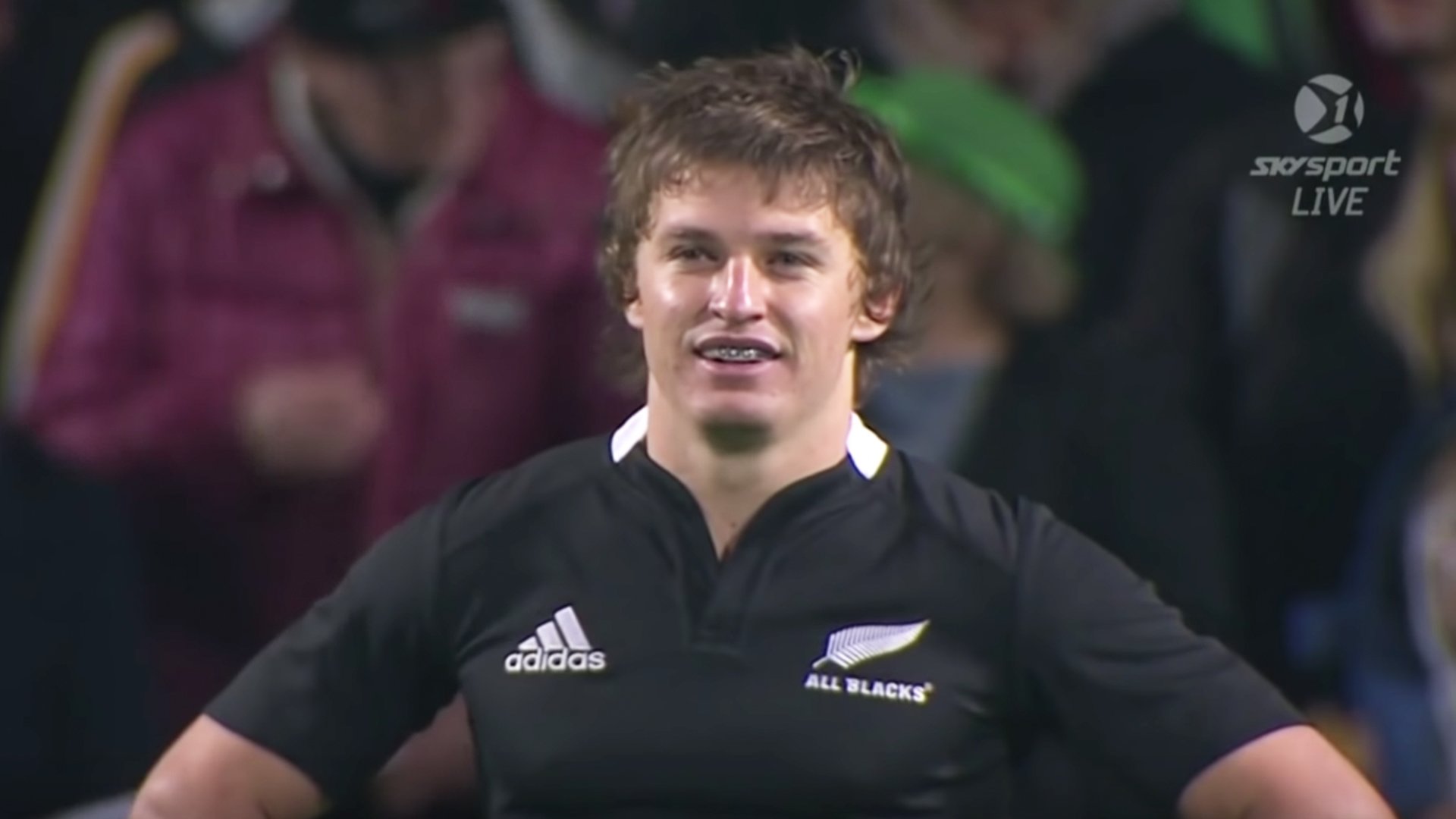 Back in 2012 Beauden Barrett wasn’t the global rugby superstar that he is today. Back then, a 21-year-old youngster emerged on the scene in this debut game against Ireland.

The All Blacks team of 2012 was one of the strongest outfits that the World has ever seen. A year later they would go onto to have an undefeated season which some dub the greatest rugby team of all time. This debut match for Barrett saw the men in black batter Ireland 60-0, a true indicator of how dominant this team was during that period.

Barrett now is a household name in the Rugby World, having won player of the year in 2016 and 2017. It’s very interesting to see a fresh-faced Barrett back in 2012.

The 28-year-old won the World Rugby Player of the Year award in 2016 and 2017, the second player to win in back-to-back years after Richie McCaw.

Awesome to lock up the #BledisloeCup at a packed Eden Park! Congrats @franks_owen for #100 tests. pic.twitter.com/aND18IjDX5

Even from such a young age, it was evident that Barrett was going to be a key member in this team and his debut performance portrays that.

In 2011, he watched on television as the All Blacks went down to their fourth-choice fly-half (Stephen Donald) in the final against France, as Dan Carter, Colin Slade and Aaron Cruden had all gone down with injuries. Donald provided what turned out to be the winning points.

His 30 points against the Wallabies on 25 August, 2018 were just three shy of Dan Carter’s personal best, a 33- point outing against the British and Irish Lions in July, 2005.

Even though this was a poor Irish performance, it’s still hard to not be impressed by how clinical Beauden was in this game. He made some dangerous runs, some accurate kicks and some smart decisions for the mercurial team.

Take a look at Barrett’s debut performance here for New Zealand. You don’t play much better than this, all he needed was a try to round it off!