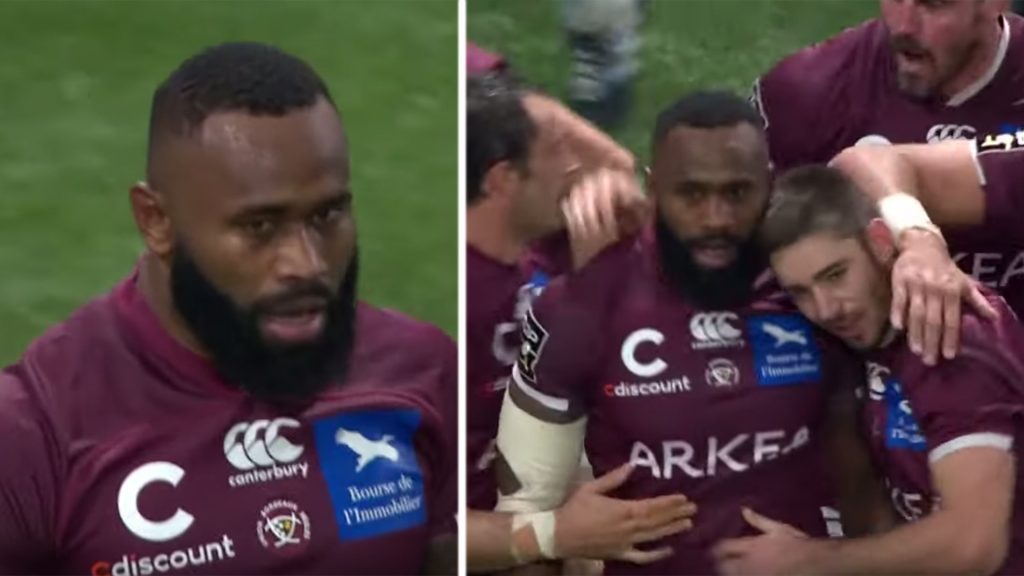 Semi Radradra as everyone now knows has signed for Bristol Bears in a signing that has set European Rugby minds racing. What he did for Bordeaux over the weekend was brutal.

The Fijian star scored a brace for the Southern French team over the weekend, increasing the hype around the 27-year-old.

27 year-old Radradra averaged 100m a game at the 2019 Rugby World Cup, lighting up the competition pool stages with a string of sensational displays, including a brace against Georgia.

“There is no doubt that Semi is one of the best players in the world – he’s truly a world-class performer and we are so excited about what he can do for the team,” said Director of Rugby Pat Lam.

The new Bristol signing showcased his potential for the English team with a try from 5 metres out and another score from the 22, showing that he is dangerous from close and from far out.

Bristol Bears have been assembling quite the team over the past two years with the likes of bolstering their team’s arsenal.

The videos that have been released on the star have seriously impressed onlookers.

Here are the TWO videos of Radradra dominating for his team over the weekend, serious power and attacking prowess!

First video, what a run…

Semi Radradra with his double against Racing 92 this morning. pic.twitter.com/8VoOFB015q

Semi Radradra with his double against Racing 92 this morning. pic.twitter.com/8VoOFB015q