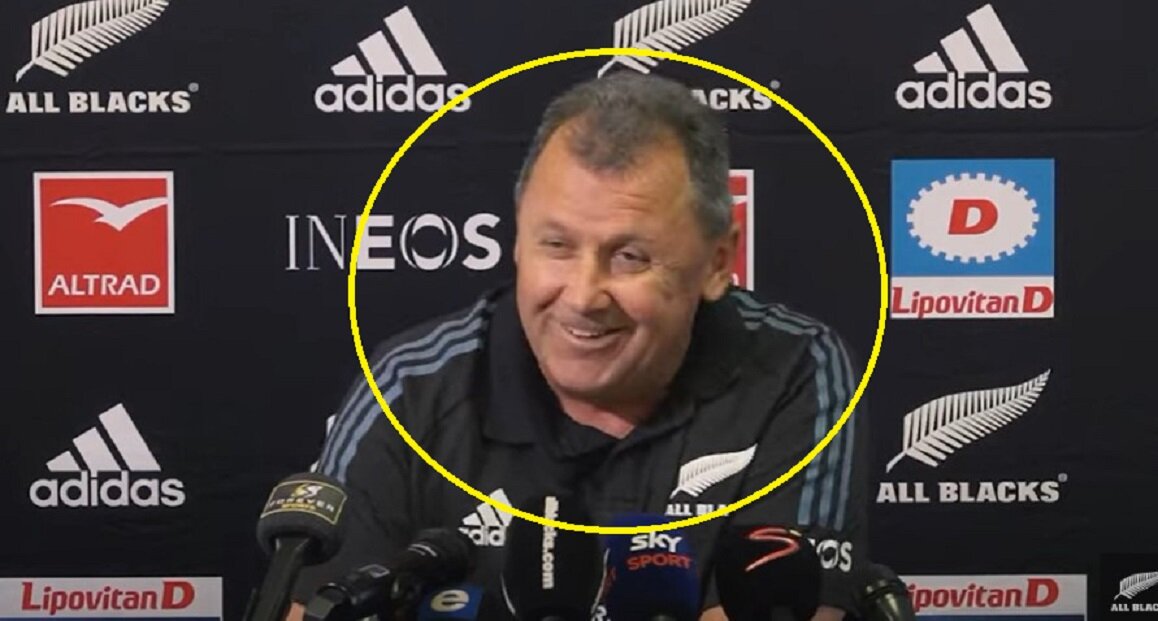 All Blacks head coach Ian Foster wasn’t even ashamed as unveiled the match-day 23 the first Championship Test against South Africa at Mbombela Stadium.

It’s only a two-match tour but knowing Fossie we wouldn’t be surprised if he managed to lose it three nil.

Samisoni Taukei’aho has been named in the run-on side at hooker, alongside tighthead prop Angus Ta’avao in a new-look front row. New faces make up the front-row cover, with Tyrel Lomax and Ethan de Groot named for the first time in the 2022 international season.

The tight five welcome back lock Scott Barrett from injury, while Akira Ioane retains his spot at blindside flanker in the loose forward trio, alongside captain Sam Cane and Ardie Savea.

Another feature of the run-on side is the return of winger Caleb Clarke. Ruled out of the Steinlager Series due to injury, the 23-year-old will play in his first All Blacks Test since 2020.

“What a great way to start this year’s Lipovitan-D Rugby Championship. It’s always an exciting tournament to be part of,” Foster said. “This year’s draw means we have a massive challenge of two games here in the South Africa.

“We have settled in well in Mbombela and are preparing for what is always an intense game against our old foe.

“Many of our squad are here in South Africa for the first time. This gives us another opportunity to add new experiences and grow our game.”