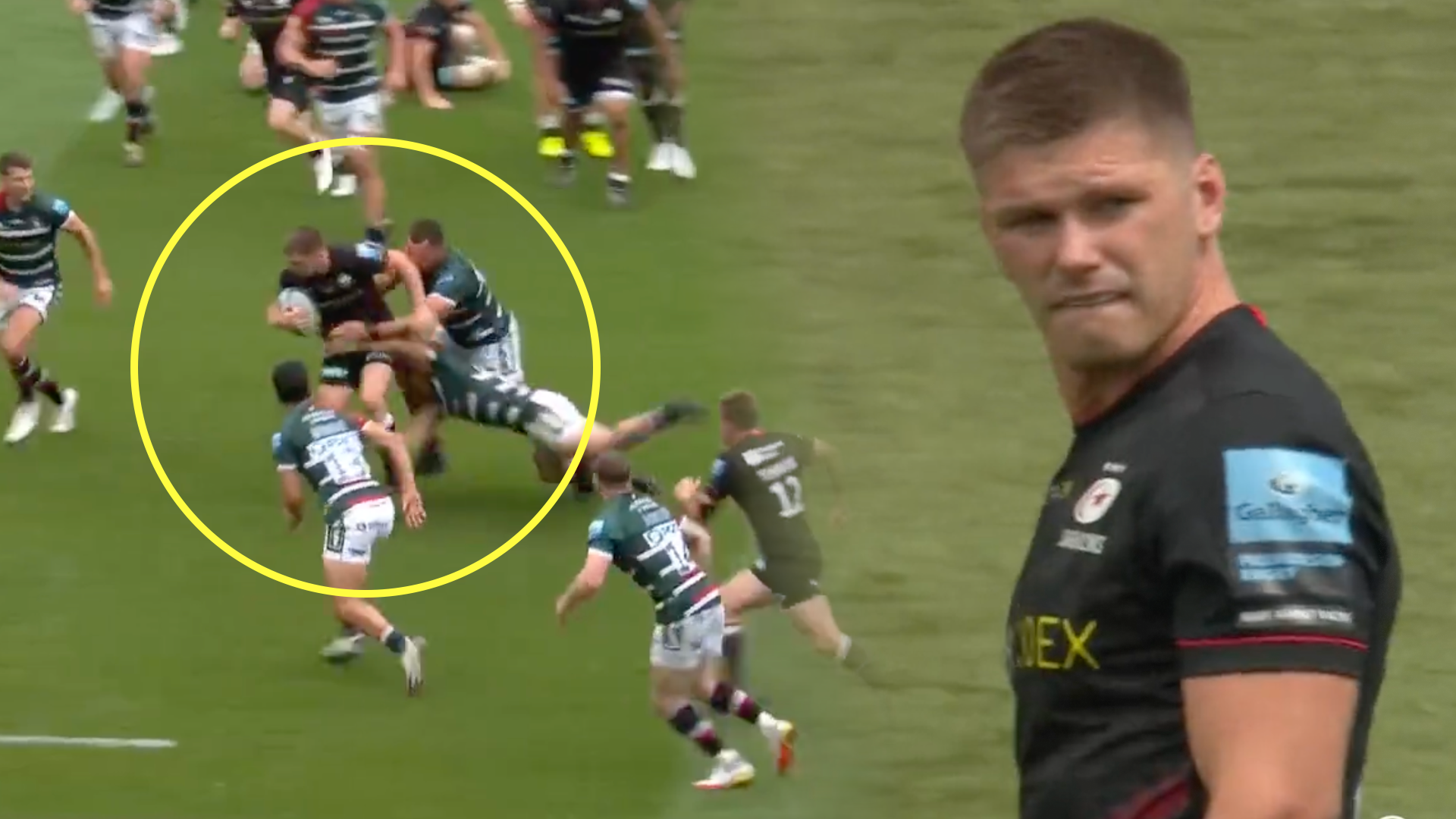 The video Owen Farrell haters are refusing to watch

For those that do not seem to like Owen Farrell, look away now, as this will not be a pleasant watch. The England captain does not seem to be everyone’s cup of tea, both for opposing fans and even England fans.

On one hand, opposing fans are not the fly-half’s biggest fans due to his slightly sketchy track record when it comes to high tackles. Amongst England fans, he has a reputation for being too negative. Well a recent video shared by Andrew Forde online disproves that reputation which the Saracen has gained by the English public.

The video shows an array of his passes and offloads which exhibit what an attacking force he can be. These are long range passes and short range, all played on the gain line or even in the tackle. Most importantly, many of these were from this past season, which goes to show that even if such a reputation is warranted, he has done something to change that this year.

Farrell was on the losing side against Leicester Tigers on Saturday in the Gallagher Premiership final, but even then fans saw some glimpses of his attacking prowess. He was picked for England’s tour of Australia after that, where Eddie Jones stressed the importance of the series in the context of the 2023 World Cup.

Jones said: “Though we have ten players unavailable due to injury, we have picked a very strong squad capable of winning the series.

“This squad is a real mix of young, talented players and some very experienced, senior players and we’re looking forward to bring the group together.

“This tour will be a great experience for the group and a crucial part of the team’s work towards the Rugby World Cup in 2023.  We will continue to develop the base of the squad and how we want to play.

“We’ve put a lot of work into preparation for the tour over the past few weeks but now the hard work really begins when we finally get the squad on the plane and to Australia.”

The passing and offloading ability of Owen Farrell… pic.twitter.com/uBD9bmU2tH