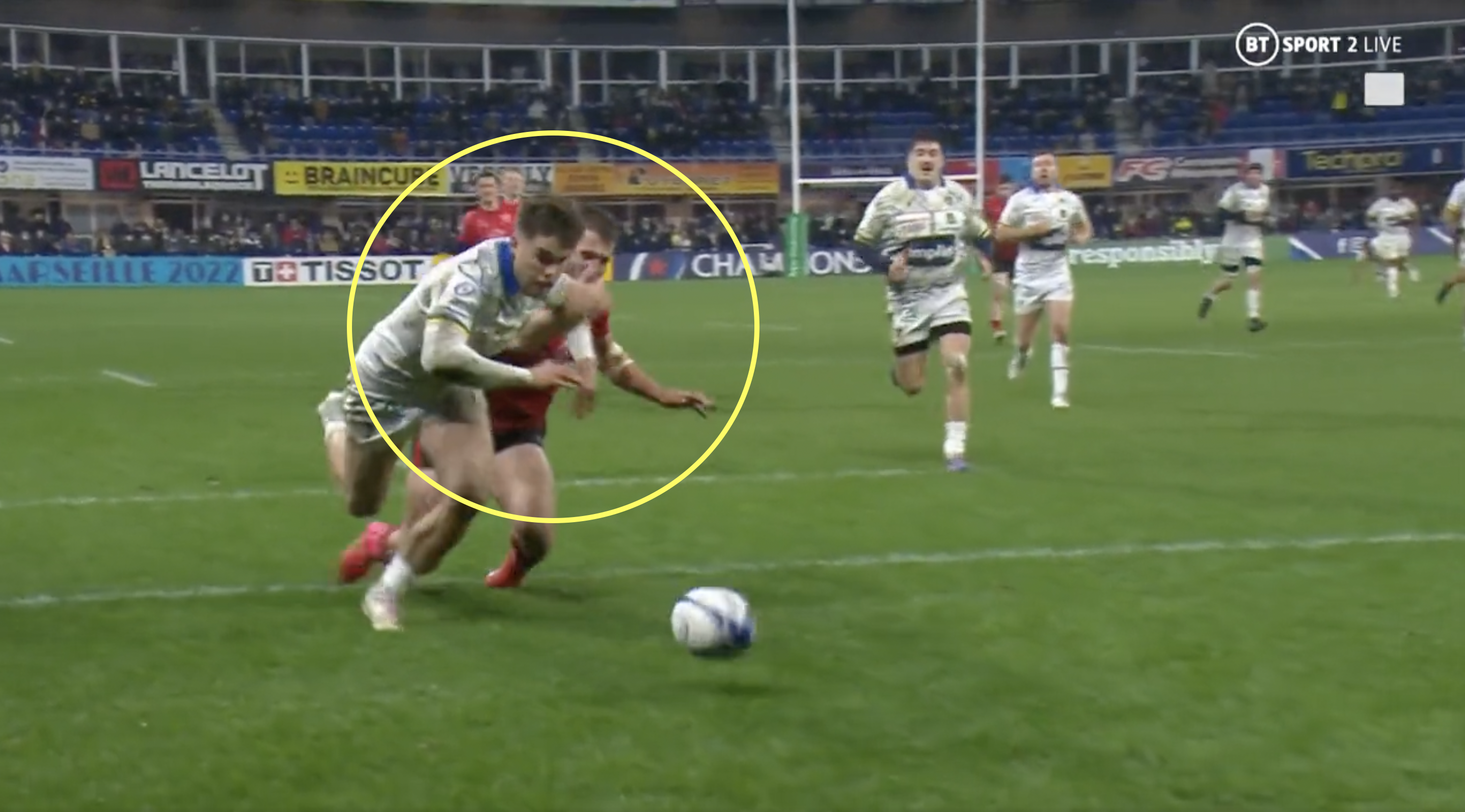 ASM Clermont winger Damian Penaud’s second try against Ulster on Saturday at the Stade Marcel Michelin has been awarded the try of the round.

Despite being on the losing side, the France winger was monumental in the Heineken Champions Cup and kept Clermont in the game. His first try was special, perfectly timing a dive onto a cross field kick rather than catching it, but his second try was on another level completely.

Penaud received the ball 40 metres out from the try line following a break from his fly-half JJ Hanrahan, but still had plenty of work to do. Nine times out of ten Ulster would have had this covered, but a chip from the Frenchman past fullback Michael Lowry meant it was a footrace between him and Stuart McCloskey. Penaud shaded the centre, touching down with one hand.

"I don't know quite what you do against him?" 🤔

"You concede that he's going to have special moments every time you play against him."

David Flatman waxed lyrical about the 25-year-old after the match, hailing him as one of the best wingers in the world. “I don’t know what you do against this guy,” he said. “Do you concede every game that he’s going to have some special moments every time you play against him?

“This is a lovely finish. You get used to seeing this from elite players at this level, but pass was a decent one, he’s lost almost no pace at all dropping that onto his right boot, and he’s got the pace to finish it off. I mean, he’s very big, he’s very strong, he’s as quick as almost anyone else in the game and I don’t think there are many wingers in world rugby doing it as well as he’s doing it at the moment. So you don’t write off a team like Clermont when they’ve got weapons like that on the wing.”