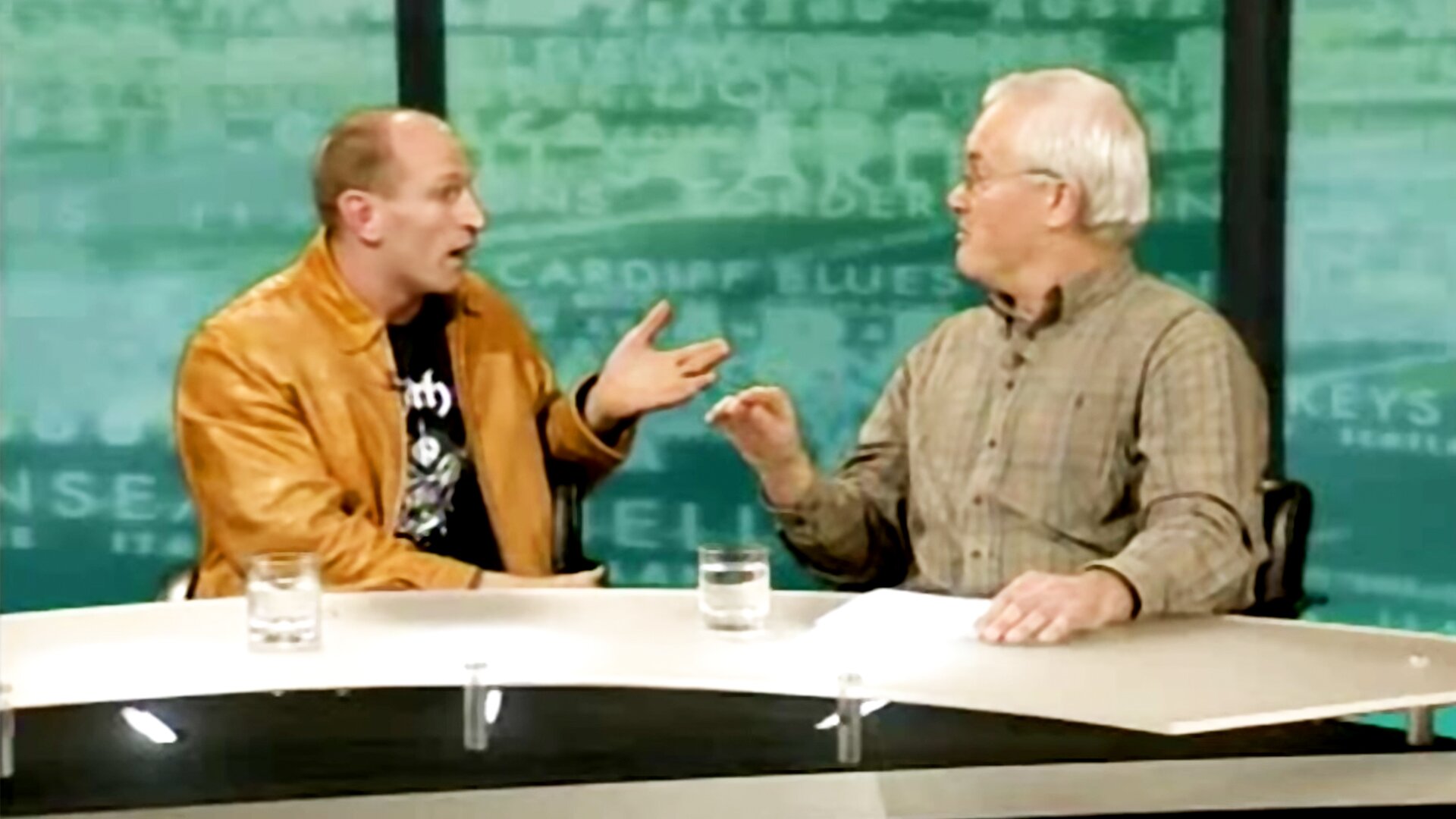 This was one of the most explosive TV interviews in rugby history between Gareth Thomas and Eddie Butler.

The original interview that took place in 2006 made headlines after both guests clashed on popular Welsh rugby program ‘Scrum V’.

This interview had everything – anger, comedy and a lot of awkwardness.

The show’s host, Gareth Lewis, was charged with keeping order during the proceedings. He certainly had his work cut out.

A disagreement blew up in the studio during the interview as Butler and Thomas clashed over the furore that surrounded Mike Ruddock’s departure as Wales national coach.

It was clear, soon into the show, that tensions were getting frayed as Gareth Thomas demanded that Butler reveal the source of information he had stating that there was an issue in the Wales camp.

You wouldn’t know that Jonathan Davies was sat alongside Gareth Thomas as he looks on, not wanting to get in between this heated debate.

The video has had a surge in popularity recently with dozens of comments being posted in the last few days.

Watch this explosive clash in the video below

Veteran Fijian Akapusi Qera has pitched up at level five in England as the new player-coach of Midlands Premier club Newport Salop. The 36-year-old had spent the past two seasons at Championship side Hartpury.

Capped 64 times by his country in a 13-year Test career that saw him skipper them at the 2015 World Cup and bring the curtain down with a 2018 appearance versus Tonga, Qera has enjoyed a reputable club career on the European scene.

After great news of our 99 year lease for the show ground, we have more exciting news to give you. Please welcome Akapusi Qera, 65 caps for @fijirugby and ex Toulouse, Montpellier and @gloucesterrugby. He joins us as a player coach for the 1st team squad. Welcome to the PORT Q pic.twitter.com/Tfu9z2C93l

Impressive performances with Pertemps Bees resulted in a switch to the Premiership in 2007 and he went on to spend six-and-a-half seasons at Gloucester before half a season at Toulouse preceded three seasons at Montpellier and one more at Agen.

He returned to England in 2018, hooking up with second-tier Hartpury, and he now takes on a dual role at grassroots Newport who last season finished third in the Midlands Premier, 24 points behind table-topping Bournville despite 14 wins in 19 matches.

The recruitment of Qera is the latest boost for the Shropshire-based club who recently raised £200,000 to secure its future at the Old Showground. The club paid an upfront lease premium that ensures it can stay for the next 99 years and use the ground rent-free.