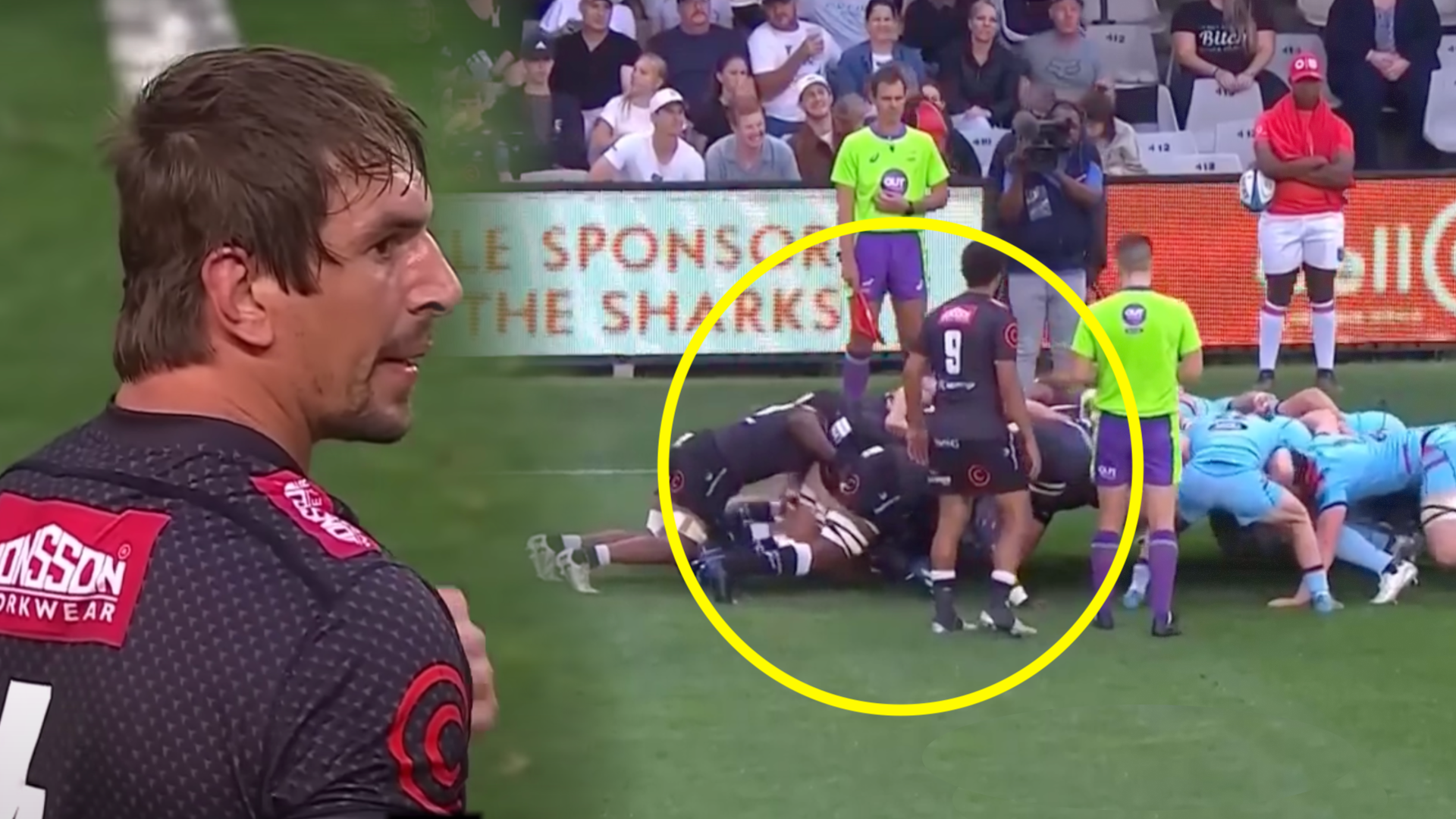 There aren’t many better sights in rugby than seeing a pack demolish their opponent’s scrum to win the ball against the head. The Sharks taught us recently that one way to do this is by adding a 120kg World Cup winning lock in the form of Eben Etzebeth to your team.

The lock made an impressive debut on Saturday against Glasgow Warriors at Hollywoodbets Kings Park, being named the man of the match. While it was a great individual performance, it was also a great team performance, as the Sharks ran away 40-12 winners.

One moment when the hosts really showed off their strength was in the 67th minute with a scrum to the Warriors. The Sharks pack showed some textbook scrummaging to drive Glasgow back and win the ball in what came close to the perfect scrum. Having Etzebeth’s sizeable frame in there certainly helped, as did having Springboks Ox Nche and Bongi Mbonambi in the front row. Take a look at the scrum: