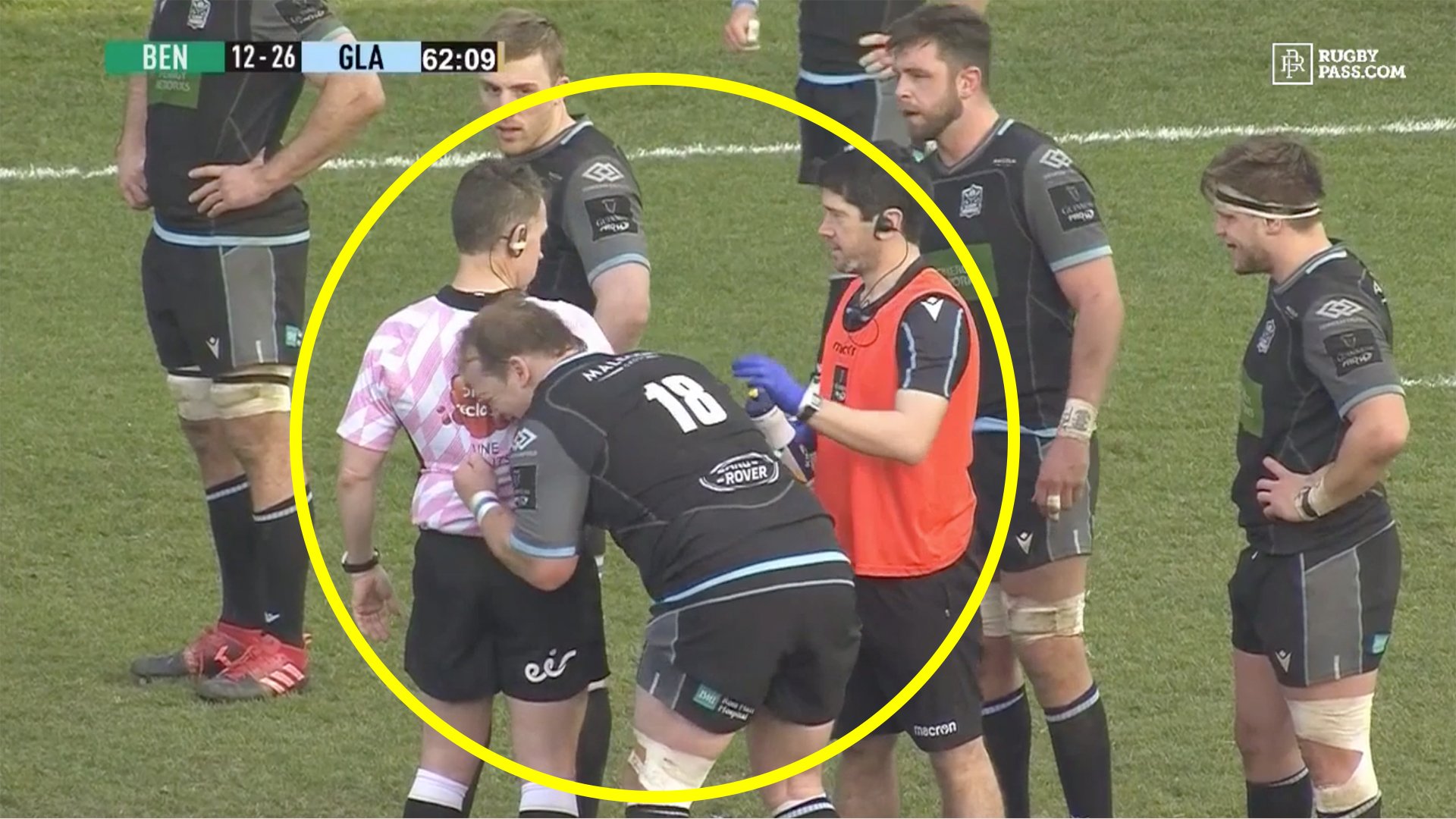 Nigel Owens is known by many rugby fans as one of the greatest, if not the greatest rugby referee that there has ever been. This simple but incredible act of kindness by him has taken rugby fans by storm.

In a PRO 14 match between Bennetton and Glasgow Warriors, veteran prop Petrus du Plessis broke his nose. The break on his nose looked nasty to say the least.

What amazed everyone was when the referee offered to help du Plessis when he was oosing blood from his broken nose.

That break was pretty average for prop standards, who call this kind of injury a little knock. Backs would be on the slab after a hit like this.

What truly was amazing in this clip was that Petrus du Plessis was gushing a lot of blood from his nose when he broke his nose.

The game paused for a lineout and the Welsh referee spotted that the prop was struggling. Owens, being the standout human that he was instantly offered to let the prop rub the blood from his nose on the back of his shirt.

The commentators during the match instantly remarked about how this was brilliant sportsmanship from him. This is why we love rugby…! In great spirit
@Nigelrefowens
offered me his shirt to speed up the game! What a gentleman! 🤧

The clip has already amassed 188,000 views online after he posted his…

Rugby fans were giving his a lot of love online:

Here is the clip of the incredible act of kindness by Nigel Owens, best referee in the World!