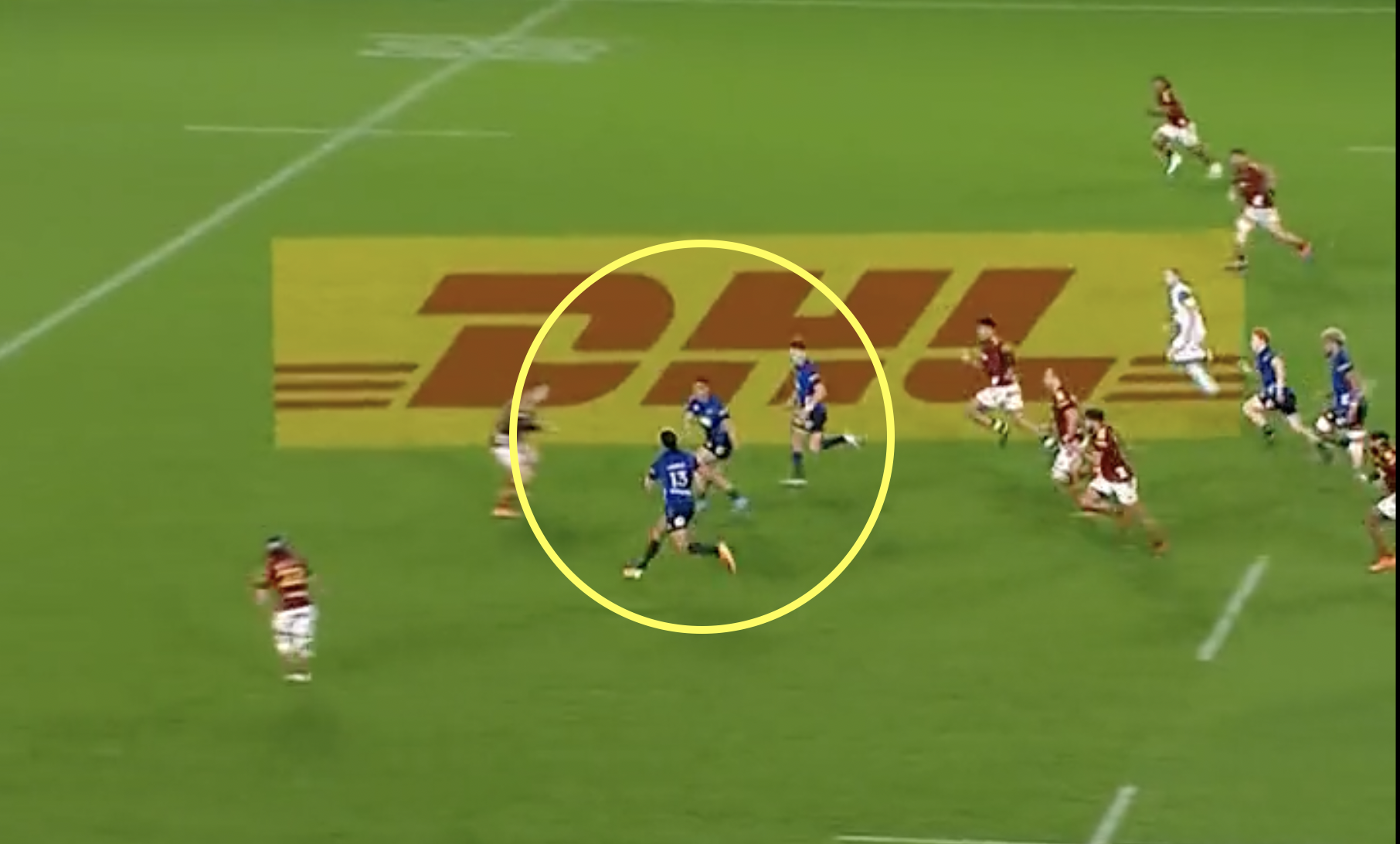 The Blues continued their drive to secure the Super Rugby Pacific title on Saturday with a 35-6 demolition of the Highlanders, playing some beautiful rugby in the process.

But of all their tries against their fellow New Zealand rivals in the quarter final, the best was surely Beauden Barrett’s early in the second half. As far a strike moves go, this worked perfectly.

No12 Roger Tuivasa-Sheck was put through a gap on half way by No8 Hoskins Sotutu, where he then linked up with his midfield partner Rieko Ioane, who in turn put Barrett in for the try. It was played at extreme pace and extreme precision as the two time World Rugby player of the year seems to be playing at another level at the moment.

With a three Test series against Ireland coming up next month, this could well be the 10-12-13 partnership used as the All Blacks look to avenge their loss to the Irish in November. All three players are playing on the same wavelength and are in peak form, and Ian Foster would want to take advantage of the partnership they have built.

“You can never get comfortable against the ‘Landers, they are a side that always fights for the full 80 (minutes),” captain Barrett said to Stan Sport after the match.

“We took a bit of time to find our groove … but it’s great that we finally expressed ourselves and got used to playing our game again.”

🔥 The big guns linking up for @BluesRugbyTeam