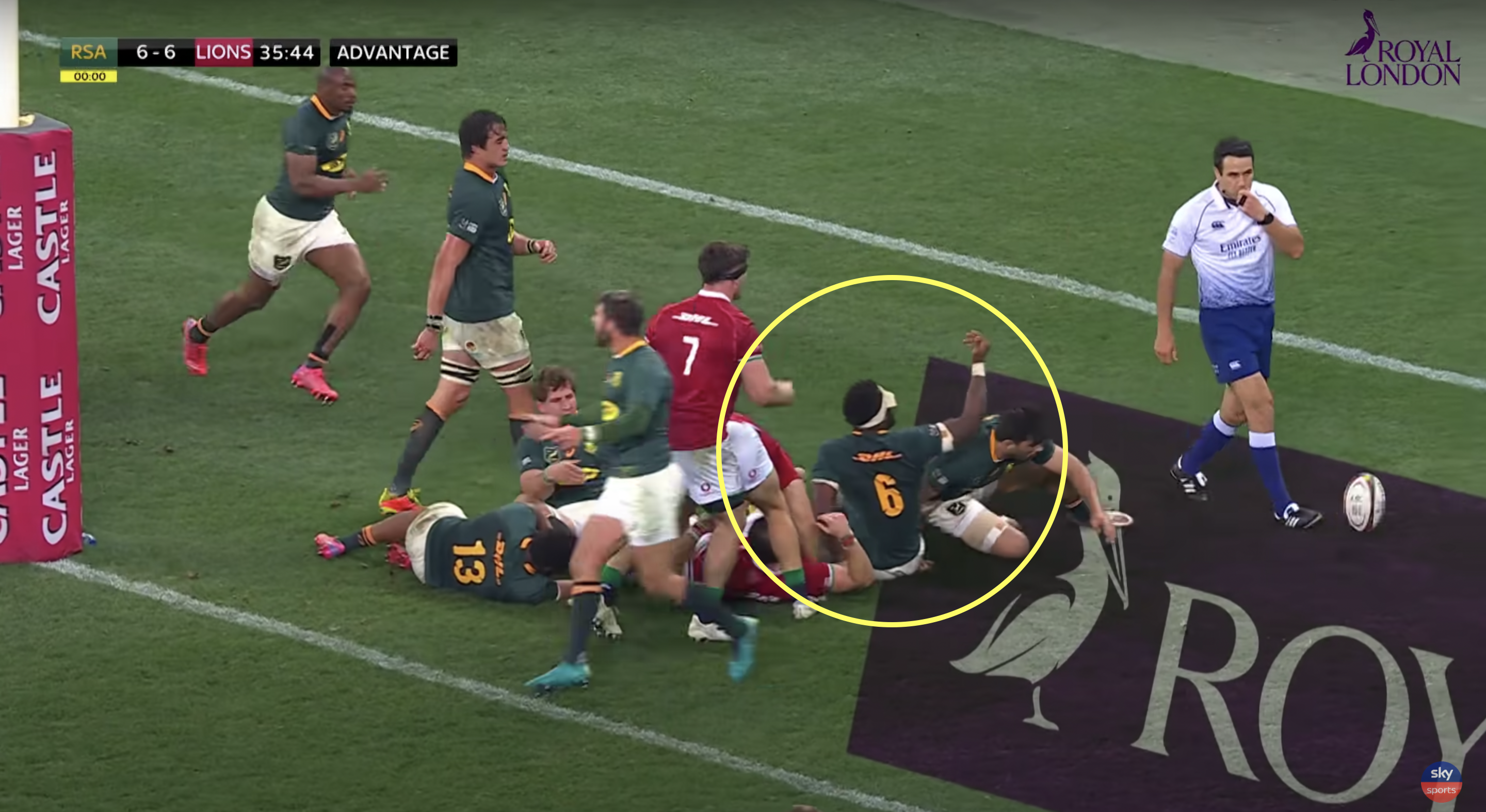 It was announced today that Springboks captain Siya Kolisi was voted the South Africa Rugby Player of the Year after starting every game in a year where his side were victorious in a British & Irish Lions series and finished 2021 as the number one ranked side in the world.

The flanker beat a shortlist of Lukhanyo Am, Damian de Allende, Eben Etzebeth, Makazole Mapimpi, which is an indication of what an achievement this was, given that Am, Etzebeth and Mapimpi all made the World Rugby team of the year.

There is one moment in Kolisi’s year that stood out for many Springboks fans, and that came in the final minutes of the first half of the second Test against the Lions. At this moment in time, the Springboks had already lost the first Test and had struggled to get a foothold in the second game. While the scores were level at 6-6, the Lions had launched a siege on the Springboks’ line and looked as though they had finally broken through their defence when Conor Murray chipped over the top for Robbie Henshaw. The Ireland centre looked as though he had scored, but the TMO revealed that Kolisi had managed to get his arm under the ball and hold the try up. Jared Wright recently shared the clip online:

The Lions did have a penalty advantage at that point, meaning they extended their lead to 9-6 at the break. However, trailing by three points was far better than trailing by seven for the Springboks. This laid the platform for a second half onslaught from the Boks. Had Kolisi not been able to hold Henshaw up, their match may have ended very differently, which would have put a completely different spin on their year. Instead, they won the match and won the third Test.

Take a look at the whole passage of play before Kolisi saved the try: