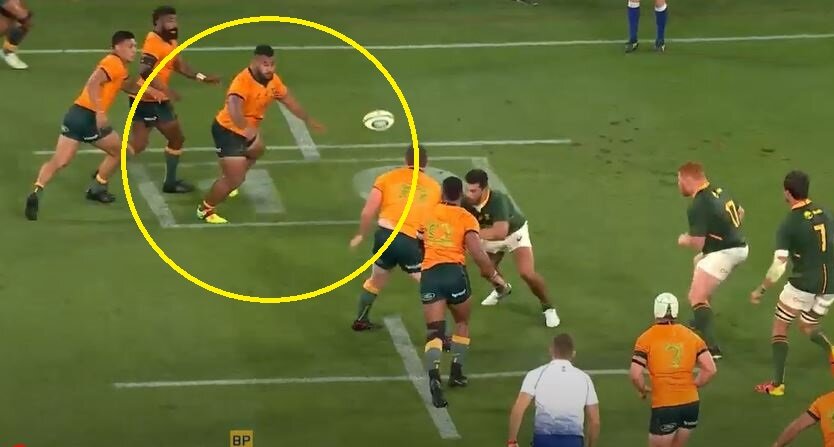 Teammates of Australia star Taniela Tupou are learning that the tighthead is just as scary off the field as he is on it based on his social media activity this week.

As the Wallabies prepare to take on Japan at Oita Stadium on Saturday, ‘Tongan Thor’ has been terrorising his teammates at their hotel. In this Covid age, hotel-based shenanigans have become the norm and this latest instalment sees Tupou scare the living daylights out of his teammate Len Ikitau by hiding under a sheet and jumping out at the unsuspecting centre.

Both players have been selected by Dave Rennie to start against the Brave Blossoms, but on this occasion it will not be the Wallabies that are scared stiff of the 25-year-old. This year has been a productive one for the Reds prop as he has continued to cement his status as one of the best tightheads in the game, certainly the most devastating with ball in hand. His assist for Marika Koroibete’s try against South Africa in the Rugby Championship showed that he has subtle hands to complement his power.

But he has shown this week that his bag of tricks off the pitch is just as extensive as on it.

Take a look at Tupou’s antics: