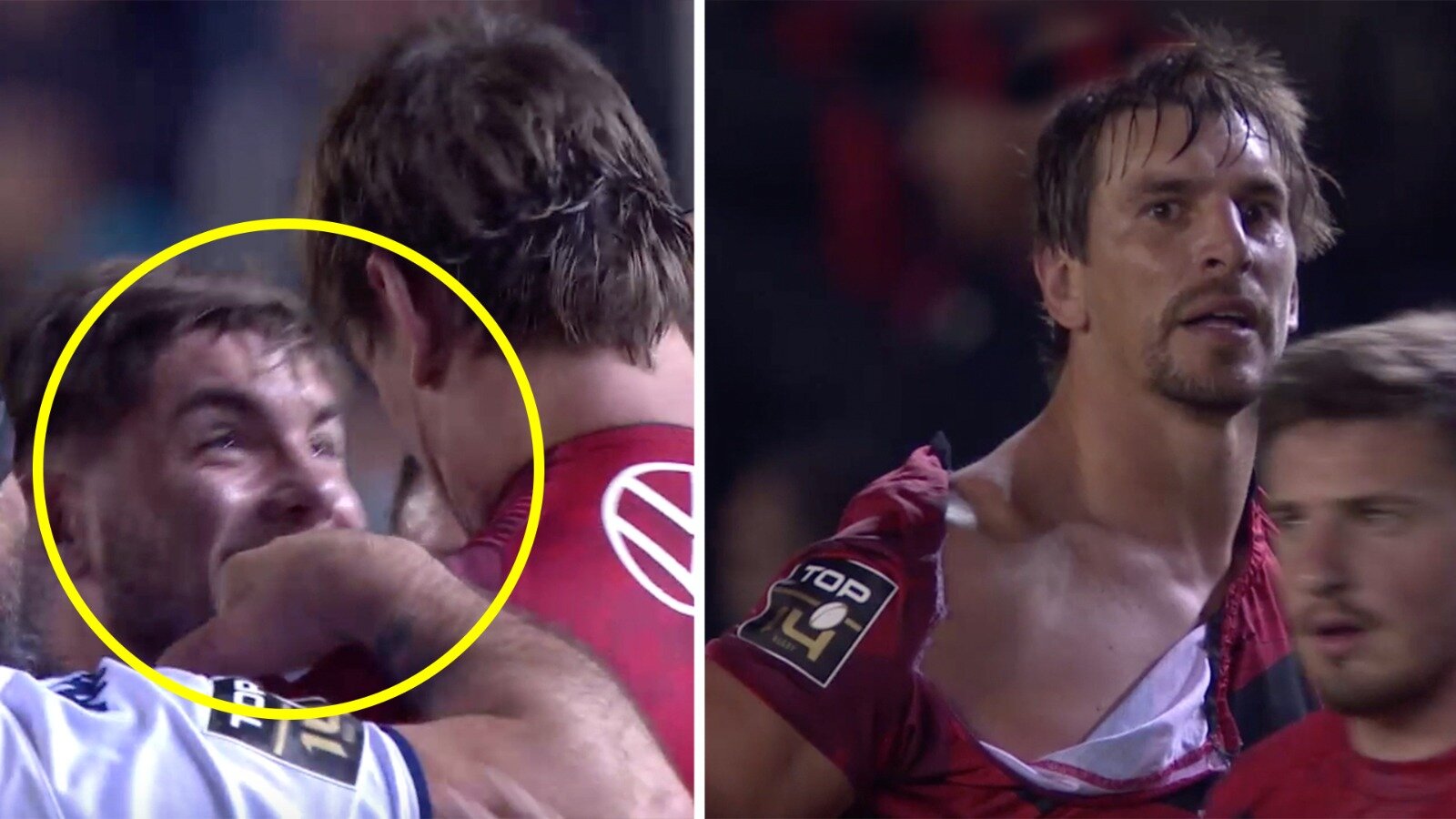 Etzebeth gets rag dolled by man half his size

Those close to Lachaise said he fled as soon as the final whistle blew fearing for his life after having not only the audacity to square up to the towering Springbok, but to actually rip his shirt.

Since then, people have had plenty of fun with the image of Etzebeth with his shirt off, with the Top 14 comparing him to the Hulk. Toulon went on to win the match against Bordeaux, which actually lifted them from the foot of the Top 14 table.

Meanwhile, it may actually be Etzebeth who has been rocked by the incident, as it was revealed today that the World Cup winner will be returning to his homeland next season to join the Sharks.

Last week it was announced that Etzebeth would be leaving Toulon at the end of the season for personal reasons. That came a few weeks after Toulon president Bernard Lemaitre had labelled the Bok a “handicap” due to his high price and the fact that he is often away with his country or injured.

Etzebeth said in a statement last week: “I am sad to have to leave Toulon and my teammates at the end of the season but personal reasons force me to do so.

“Toulon and its supporters welcomed me… I have the will to give everything with this team until the end of the season, to allow Toulon to perform, to move up in the standings and to be ambitious in the Challenge Cup.”

For now, Toulon face Perpignan this weekend at home in the Top 14, where they could leapfrog them in the table with a win.