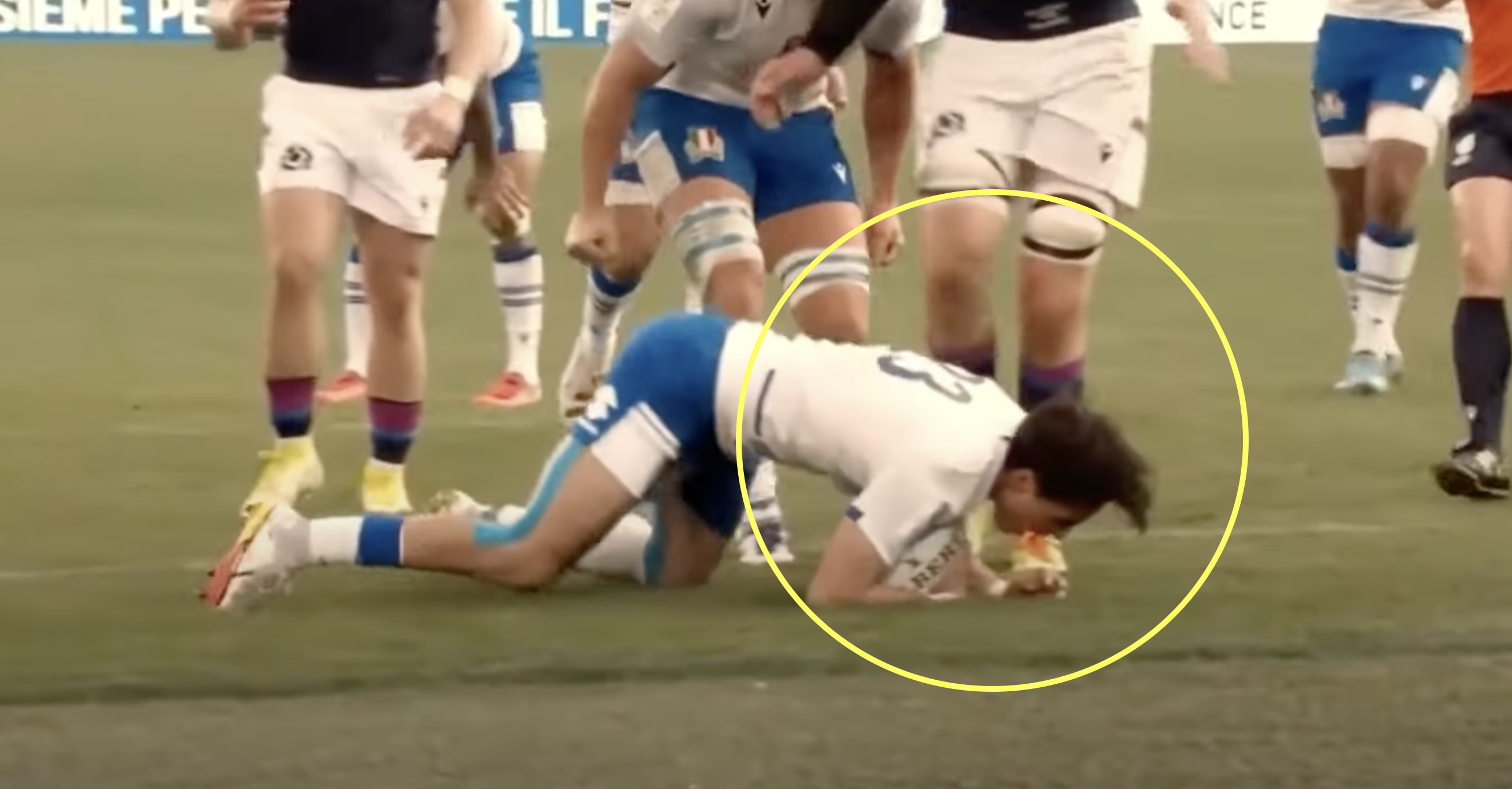 Toulouse have continued their impressive recruitment drive ahead of next season by confirming the signing of Italian sensation Ange Capuozzo from Pro D2’s Grenoble.

This was a signing that was expected, but has been officially confirmed. The 23-year-old fullback will arrive with fellow back three players Arthur Retiere from La Rochelle and Melvyn Jaminet from Perpignan- both France internationals.

Veteran fullback Maxime Medard is set to retire at the end of the season, a year after the departure of Cheslin Kolbe, who joined Toulon, and the retirement of Yoann Huget, meaning the Toulouse back three has had a major transformation.

But Toulouse have been first to snap up one of European rugby’ most talented prospects, who burst onto the scene in the Six Nations, notably setting up the last minute winner for the Azzurri against Wales in Cardiff.

Toulouse President Didier Lacroix said”“Like a certain Vincent Clerc, also from Grenoble, Ange has the ideal profile to play at Stade Toulousain! We have already had a glimpse of his talent by following his performances in Pro D2, and we are now looking forward to seeing how he will fit into the group and the game plan established by the staff. This recruitment is part of our desire to build a competitive workforce for the coming seasons. Ange is also a boy of character, full of determination. We have seen this in particular in the conviction of its career choices.”

“I am very happy to open a new page by signing for Toulouse! I feel tremendous excitement as this change in my personal and professional life approaches. I wanted to sign for a club that would allow me to surpass myself and I think I have chosen the ideal place for that,” added Capuozzo.

Take a look at what Capuozzo is capable of: