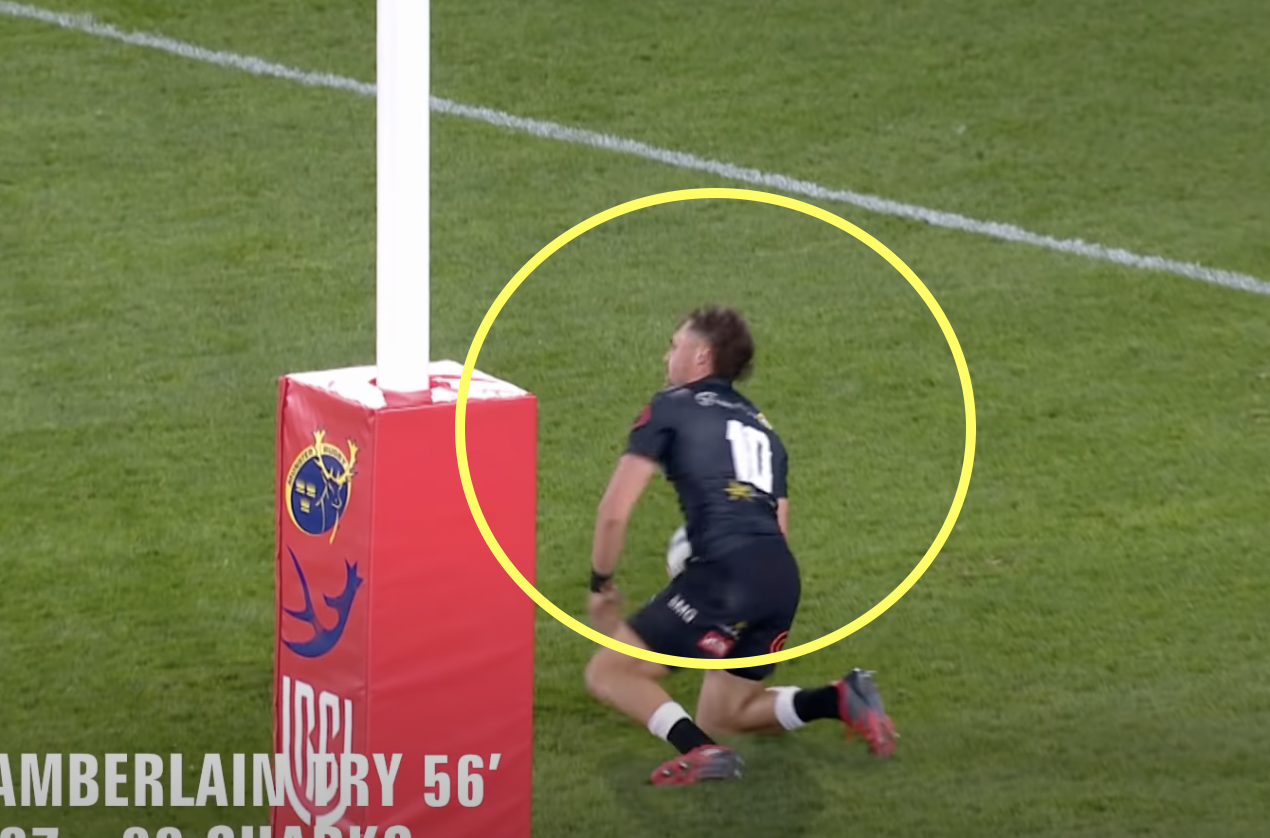 Try scorer comes out of nowhere to fool cameraman

Sharks fly-half Boeta Chamberlain achieved the impressive feat against Munster at Thomond Park in the opening round of the United Rugby Championship on Saturday of fooling the cameraman with his interception out of nowhere.

The South African ran in for a 60 metre try against Munster following an interception from a looping pass from his opposite man Joey Carbery. In the Ireland No10’s defence, Chamberlain came out of nowhere, so much so that the cameraman did not even foresee him flying out of the line and picking the ball out of the air.

The Sharks shared the video of his try today, which has a split second gap where no one seemed to know what was going on.

Despite this impressive score from Chamberlain, his side were on the side of a heavy 42-17 defeat against the Irish province, who picked up maximum points with their six try win. That puts them in second place in the Irish pool of the United Rugby Championship, as their rivals Leinster also registered an impressive 31-3 win over the Bulls on the same day.

The Sharks were not the only South African side to lose in round one of the inaugural Championship. The Bulls were also on the receiving end of a heavy loss, against Leinster, while the Stormers narrowly fell to the PRO14 Rainbow Cup champions Benetton. The Lions were the only successful South African side over the weekend, as they beat Zebre 38-26.

It is another visit to Thomond Park from South African opposition for Munster again this weekend as they face the Stormers. Meanwhile, the Sharks take on Glasgow Warriors this Saturday at Scotstoun, who also lost their opening fixture against Ulster.