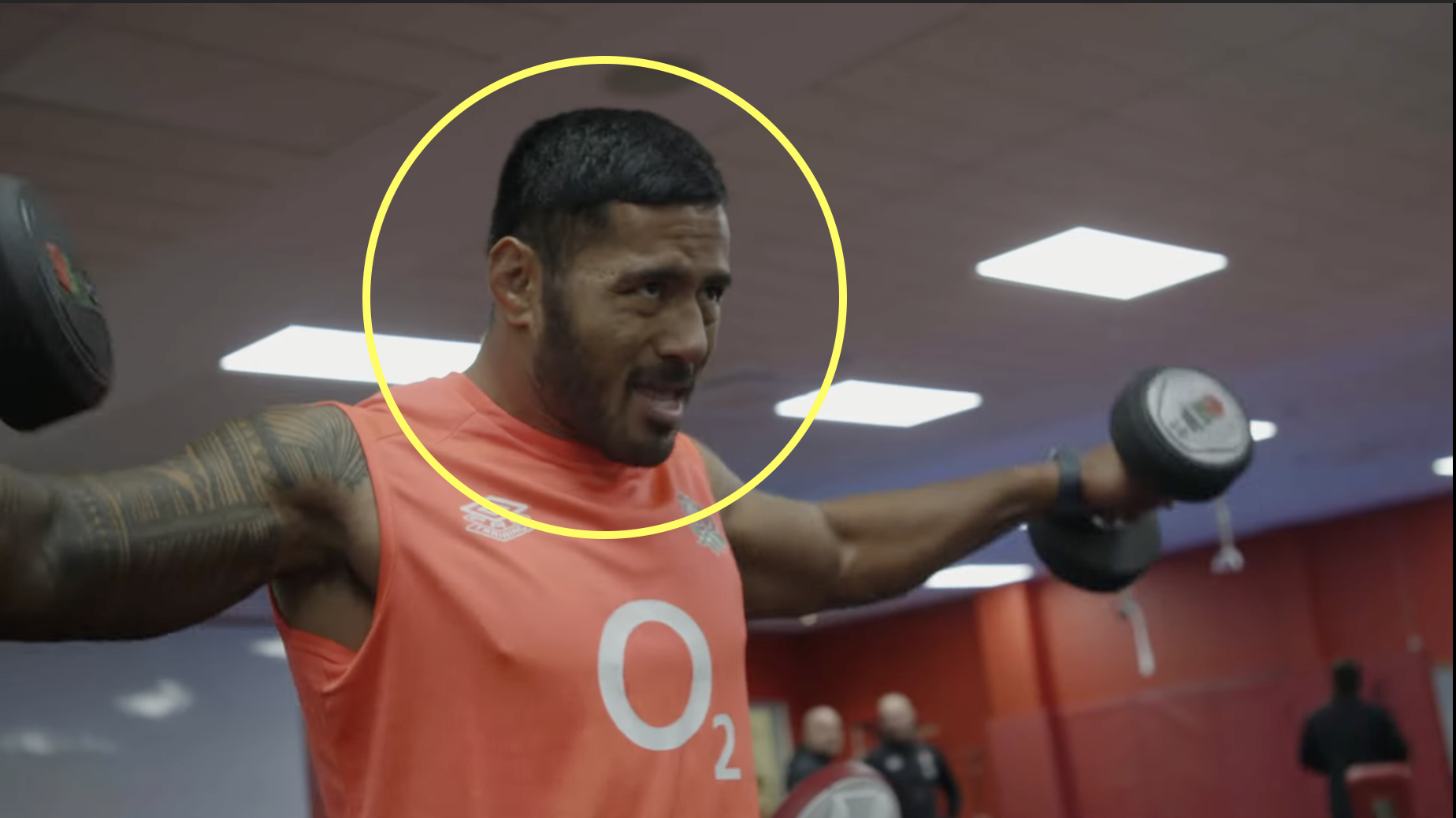 England centre Manu Tuilagi has explained why and how he decided to shed some weight ahead of the new season and how that has benefited him.

The Sale Sharks powerhouse has looked noticeably trimmer this season, and that has paid off as he has remained injury-free and has returned to the England set up. On the latest episode of O2 Inside Line, England’s strength and conditioning coach Tom Tombleson explained how this weight change has also improved his athletic performance.

“That corresponds now with what was a new personal best on GPS with regards to the top speed he’s ever hit so Manu’s body fat has gone down anything from between ten and 20 millimetres on the skin fold measurement which can generally correlate to around one to two kilos of fat, which has been shed. You might just see more explosivity more often. For us to see Manu doing that is absolute gold.”

Tuilagi explained the reason why he chose to slim down ahead of the new season on the episode, and how he managed to do it. He also cited Manchester United’s Cristiano Ronaldo as his inspiration for ensuring he stays healthy.

“Me and Rohan van Rensburg up at Sale, we lost in the semi-final against the Chiefs and he asked me ‘do you think you were fit enough?’ the 45-cap international said.

“It hit me because it’s true, we could get through the game but if you really want to be good you have to go through the 80 minutes and since then we said if we lose five or six kgs then we’ll be able to through the 80 minutes and get involved in the game a bit more, get the ball a bit more, not just one carry here, wait for another to come. That’s been good and I’ve played four full 80s this season and feeling good, whereas before we start getting to the 50 or 60 mark and start feeling it.

“It’s diet really, it’s the main thing. I don’t know if it’s an island thing, but I just love food and when I look at food I think ‘I’m going to eat that in five minutes and it will take me an hour at least to burn that amount of food’. So I think is it worth it?