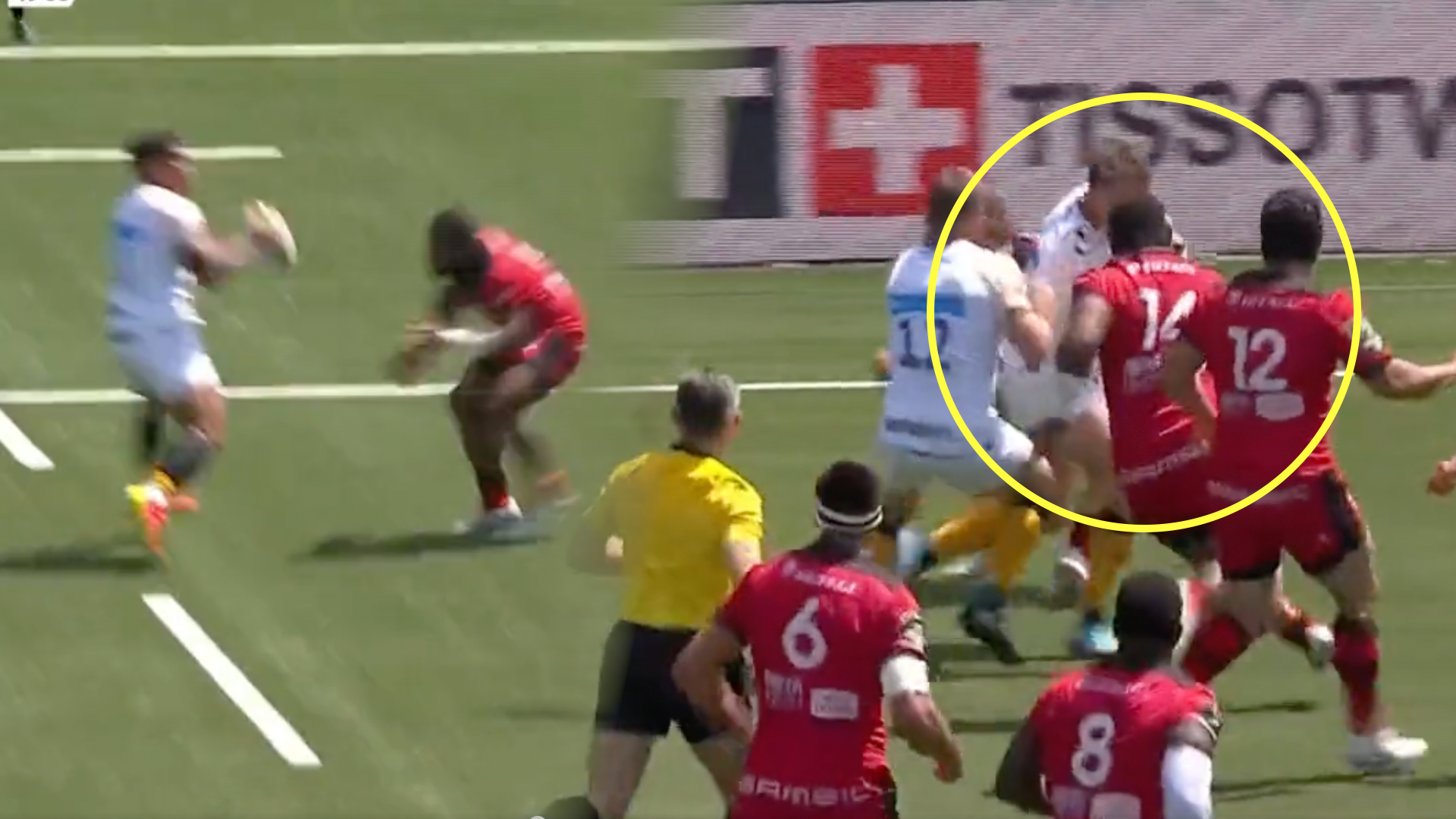 If there is one thing more impressive than smashing a player so hard in a tackle that it forces them to spill the ball, it is then going on to smash the player that picked up the ball.

Well that is exactly what Lyon and Fiji’s Josua Tuisova did on Saturday in the Challenge Cup semi final against Wasps.

Early in the match, with the scores tied at 0-0, the 113kg Tuisova flew out of the line and clattered into Wasps centre Malakai Fekitoa causing him to spill the ball. The 28-year-old then proceeded to get up and cream his opposite man Josh Bassett who had picked up the ball, doing an incredibly accurate depiction of the the Tasmanian Devil in the process.

Tuisova’s side went on to win the match 20-18 at the Matmut Stadium de Gerland, booking a place in the final where they will face Toulon in Marseille after the fellow Top 14 outfit overcame Saracens later that day.

Former Saracens lock Joel Kpoku was named star of the match, after helping Lyon reach their first European final in the club’s history.

“This is only the start and there’s much more to come from this group,” the 22-year-old former England under 20s second row said after the match.

“We’ve been chasing this for a long time, and thankfully we were able to come out on top against a great Wasps side who really tested us from minute one to 80.

“I can’t wait until the final. It’s a great feeling.

“To finally be in a final is so surreal, but there’s one more game to come and hopefully we can get a win there as well.

“We knew what we needed to do, and it was about believing in ourselves, and keeping our discipline to stop them getting into the game.”

Take a look at Tuisova: