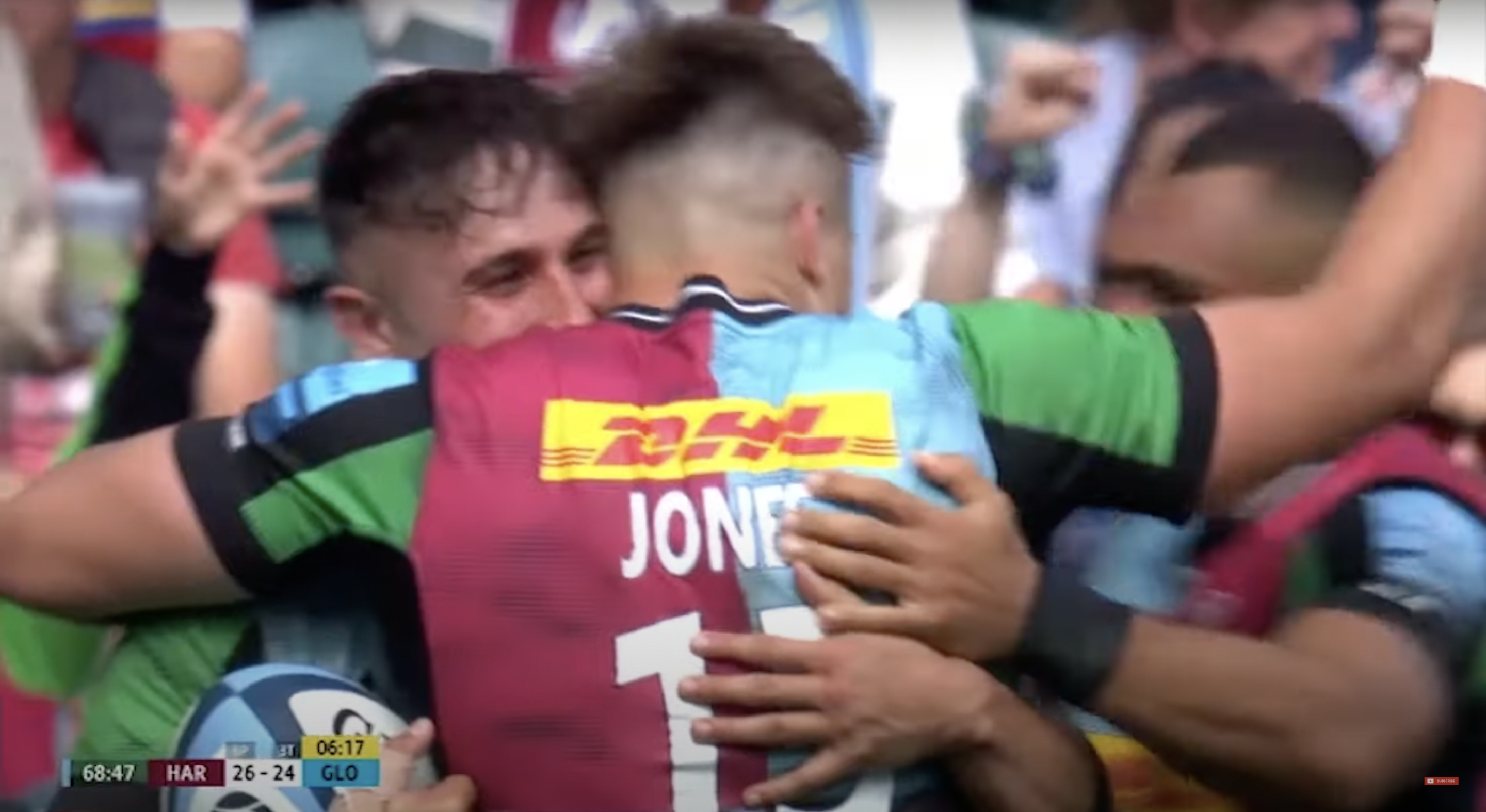 As far as entertainment value goes, Harlequins are surely the most interesting team in the Gallagher Premiership at the moment, or maybe even all of Europe.

It is not necessarily the host of attacking players that they have at the Stoop which make the reigning English champions so entertaining- Danny Care, Marcus Smith and Alex Dombrandt to name a few-, rather it is the fact that they now have a habit of overturning huge deficits.

The victory over Gloucester on Saturday was vintage Quins, and a performance that fans have seen time and time again over the last two seasons. Trailing 24-7 at half time, it looked as though the visitors had built an insurmountable lead, but history would tell you that that was not the case. Already this season they had overturned that same scoreline at half time, against Bristol Bears where they scored 45 unanswered second half points.

So on the Premiership’s latest episode of The Lowdown, David Flatman and Topsy Ojo discussed how Quins are able to keep pulling off these miracle comebacks.

“Quins are a wonderful team, they’re great because they give us a lot to talk about,” Flatman said. “But they’re an odd team, they just don’t seem to mind being a lot of points behind really at any point during the game and at half time there are lads walking off smiling and they’re 24-7 down, and they came out and blitzed Gloucester in the second half. So what is it? How can they do that?”

“It’s an incredible amount of belief and confidence, isn’t it?” Ojo said. “Probably borne from last year, so you get that Premiership victory and it cements that you know at some point you’re going to get the other team. You don’t need to change too much tactically, too much inherently, your DNA. Ultimately your style of rugby will win against any team you come up against and that was very evident because Gloucester were very good in that opening half, very, very good. But second half, there only looked like being one winner.”