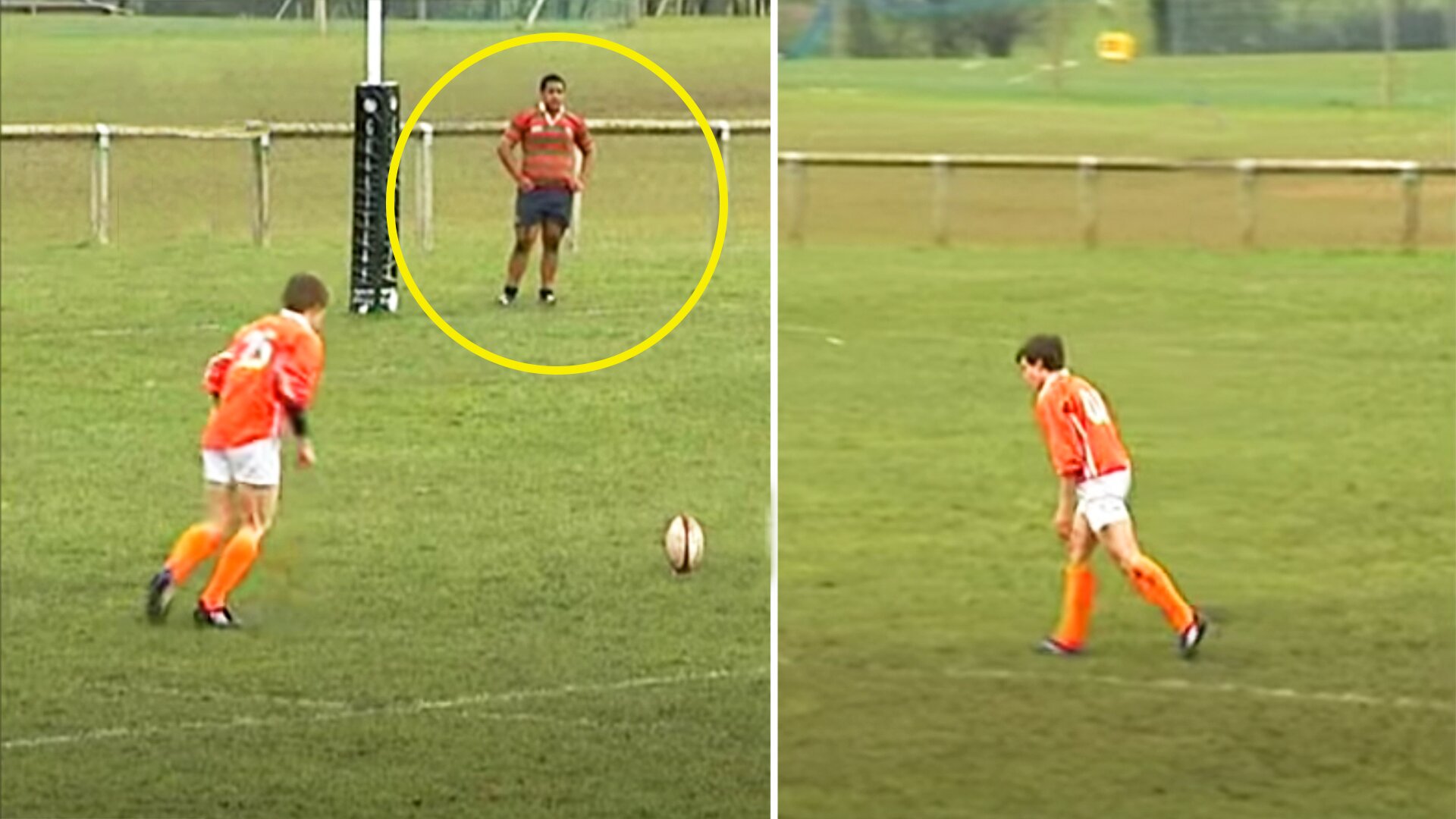 The spectators watching this match probably had no idea how far these three teenage rugby players would go for England on this cold Saturday afternoon back in 2008.

We’ve uncovered this extraordinary footage from an England U16 vs Millfield that was buried in the depths of the internet.

The four-minute video shows this trial match that heavily features Ford and Farrell in particular.

It’s clear to see that even at this young age – both of these guys were head and shoulders above the rest.

Playing at 10 and 12 – these two were deadly when they linked up.

At the 1.14 mark of the video we watch as the England duo link together on a brilliant wrap-around that unlocks the Millfield defence.

Mako Vunipola is clearly on the wrong end of the result in this video but it doesn’t stop him from throwing his considerable weight around.

watch this unseen video of these teenage England stars below

The Rugby Football Union’s hopes of accommodating upwards of 40,000 England fans at the November internationals at Twickenham have been massively boosted by an announcement from Boris Johnson, the UK Prime Minister.

Having recently unveiled a plan to slash 139 jobs across rugby in England amid fears of a potential £107million loss in revenue due to the dire impact of the coronavirus on the sport, the RFU finally have a reason to smile after a pandemic update by Johnson cleared the way for fans to return to outdoor stadium matches.

“From August 1, we will restart indoor performance to a live audience, subject to the success of pilots, and we will also pilot larger gatherings in venues like sports stadia, with a view to a wider reopening in the autumn,” said Johnson.