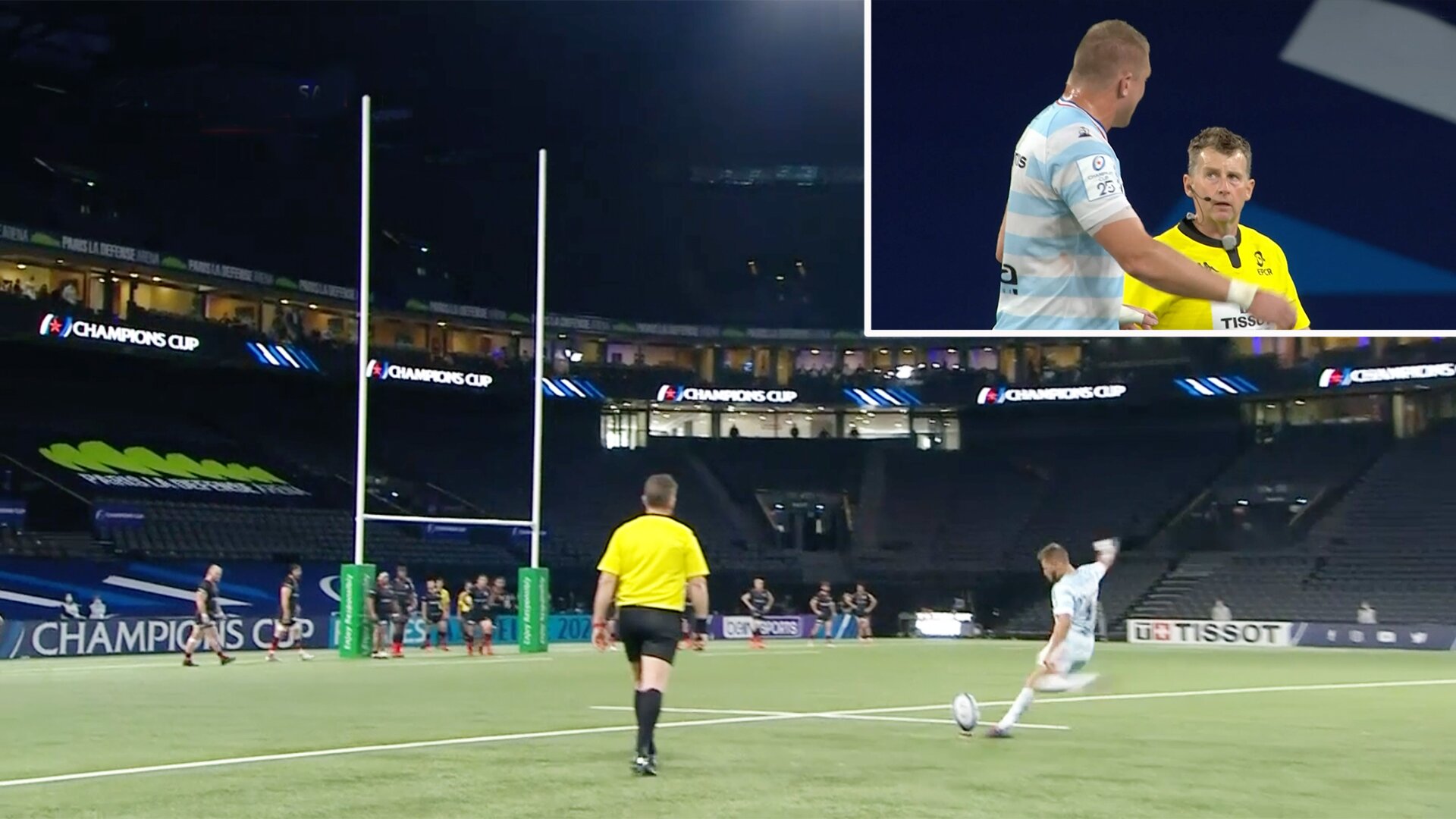 There were scenes of confusion in this afternoon’s Champions Cup clash as Racing 92 took the lead in somewhat controversial circumstances going into half-time in Paris.

The hosts were level with Saracens in what had been an edgy encounter at the Paris La Défense Arena.

In the very last action of the first half we see as Racing scrum half, Teddy Iribaren lines up a penalty from some distance out to take the lead for his side.

He strikes the ball well but it appears to sail wide to the left of the posts.

Referee Nigel Owens blows his whistle for half time with most believing that the sides were going into the break with the scores standing at 6-6. It seems however that this kick was allowed to stand.

watch the Racing 92 penalty below

Parisian stadium officials doing everything in their power to get Racing into the Champions Cup final? pic.twitter.com/7vU2khB7QW


In the last few minutes, this score has apparently been verified by the stadium officials amidst all of the confusion.

What do you think? Was this the correct call?

Followers of Zebo’s social media accounts will see that he often refers to the mercurial Scottish international and Racing 92 star as ‘white chocolate’, a moniker that hasn’t been publically explained to date.

Who doesn’t love a tackle in slow-motion? 😍

Now, in an interview with Midi Olympique, former Munster and Ireland fullback Zebo has clarified the origin of the name

“I call him “white chocolate” because it reminds me of a former NBA player, Jason Williams (Miami Heat), whom American fans called that.

“Williams looks like Finn: on the pitch, he had incredible individual technique and made crazy moves, blind passes, between the legs… And like Finn, “White Chocolate” always played with a smile,” said Zebo.

There’s no denying a bit of a resemblence between the two.