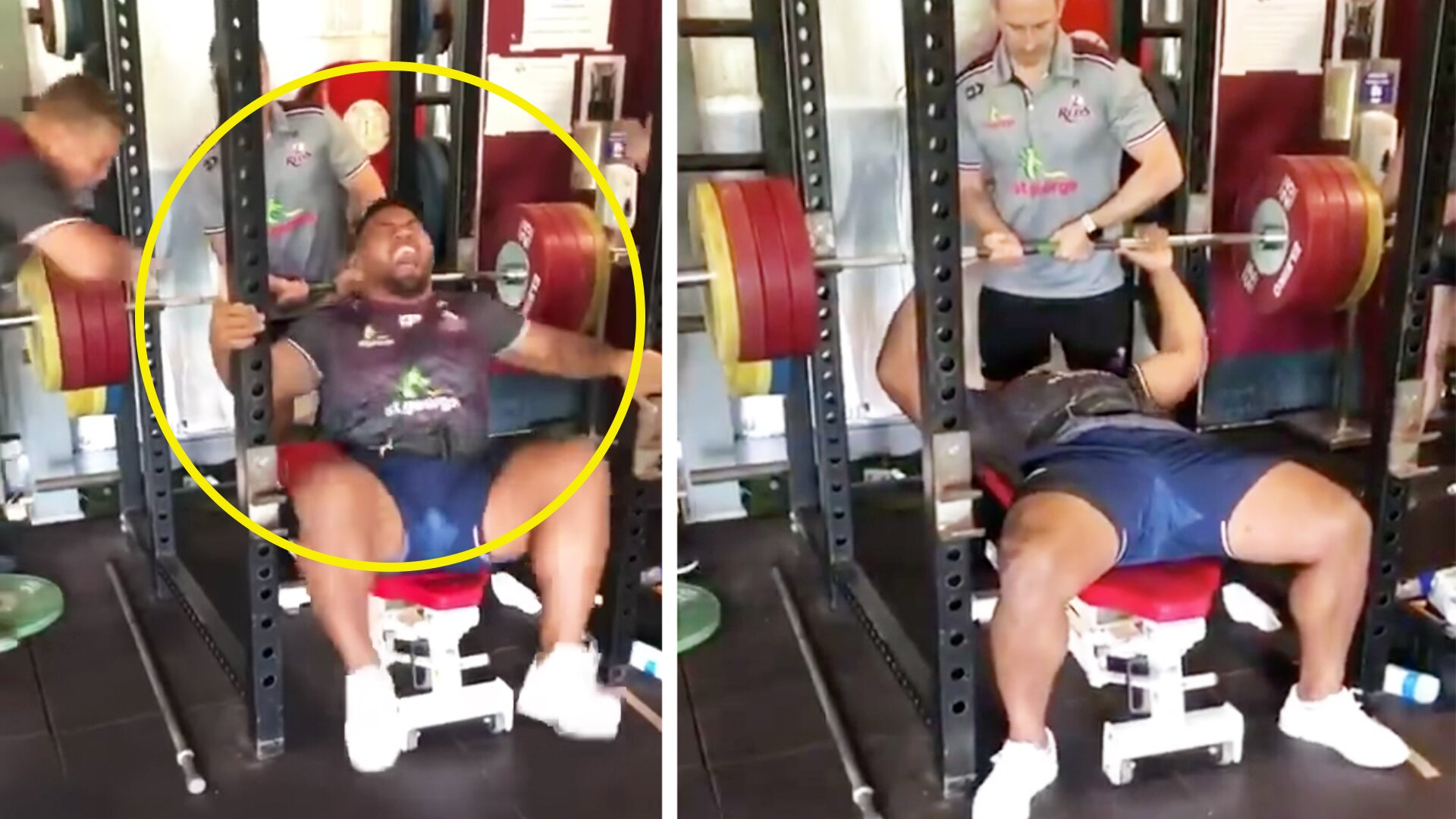 We know Props like to challenge themselves when it comes to their strength levels but this takes it to another level!

Exclusive: England prop Mako Vunipola to stay with Saracens in the Championship next season | @danscho1 https://t.co/4FvRL0UV4m

The video that has just dropped shows the 24-year-old tighthead prop taking on the massive bench press challenge as he’s thronged by his teammates.

As the Wallaby front row lifts the barbell we immediately hear him screaming out as he takes on the load of this massive weight.

Watch the incredible and shocking clip below

Former All Blacks prop Jamie Mackintosh could be set for a return to first-class rugby in New Zealand after five years abroad.

A report from the Otago Daily Times states that the 35-year-old, who played one test for the All Blacks against Scotland and a mid-week match against Munster in 2008, has returned to New Zealand from the United States after the coronavirus pandemic cut short the 2020 Major League Rugby season.

Plying his trade for the Austin Gilgronis alongside fellow one-cap All Black Frank Halai, Mackintosh made just three appearances for the Texas club before the season was cancelled in March.

The report indicates that the former Highlanders captain has since relocated to Dunedin and has been helping out the Otago squad in training ahead of the Mitre 10 Cup campaign, which is due to kick-off in September.

While he hasn’t signed a contract with the provincial union, it is believed Mackintosh is still eager to prolong his playing career, and would likely turn out in the local club competition in Dunedin, according to the ODT.

Such a move would be a disappointment for Southland fans, given Mackintosh’s stature within the Southland region.