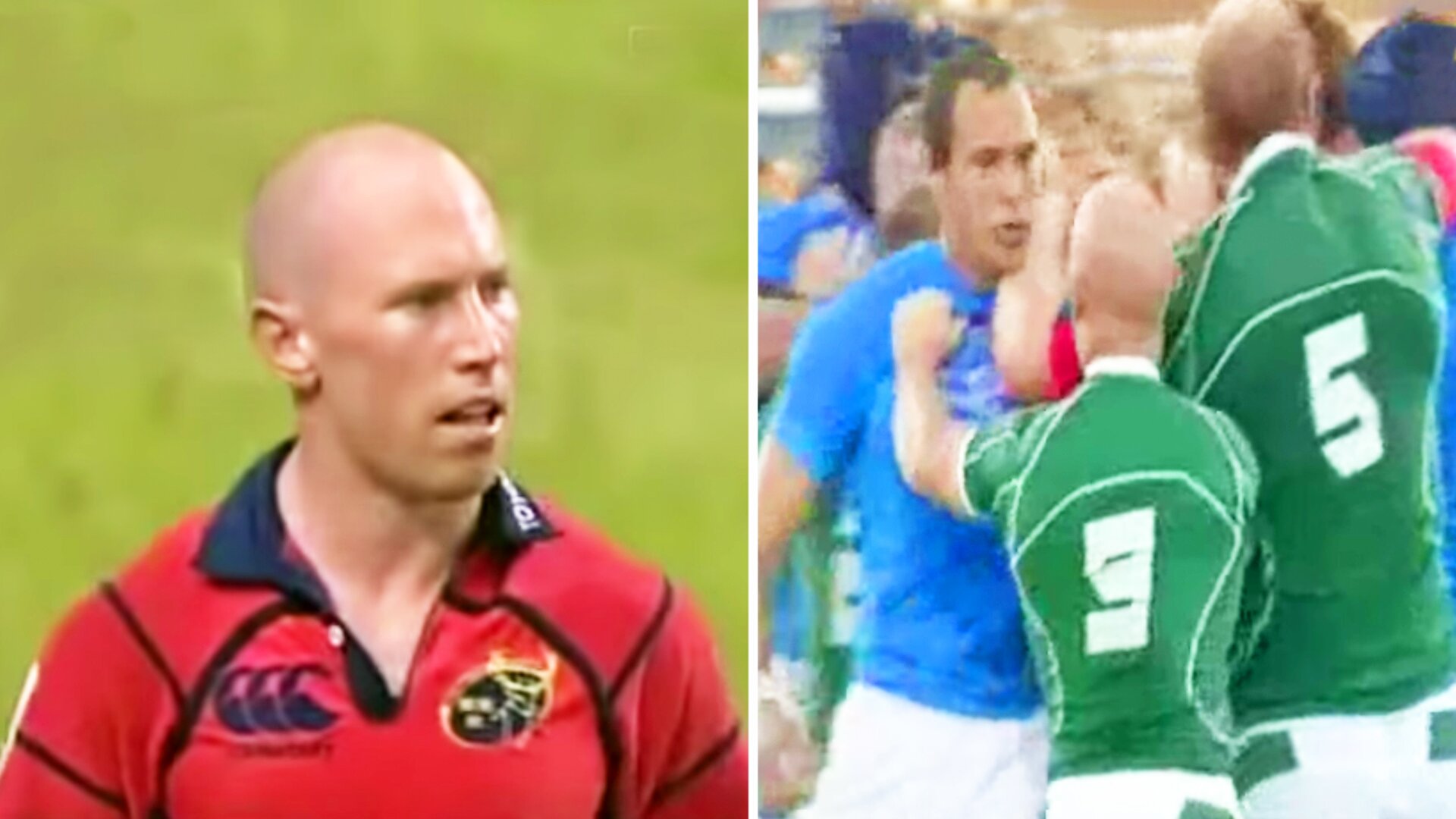 Is Peter Stringer the hardest man in rugby?

He’s known as being THE scrumhalf of Ireland’s golden generation coming out of the new Millenium and of course he was a hero to the Thomand Park faithful.

An Onslaught follower has sent us in these clips from Stringer’s long and decorated career that show how much of hard man he was.

Some of these clips are truly spectacular.

The first bit of video comes from a European Cup matchup between Leicester and Munster from a few years back.

We see as the 98-cap Irishman unloads a tasty haymaker on Martin Johnson in the maul sending the English captain into a wild frenzy of punches.

This is how you rattle a big second-rower!

The Leicester man was sent to the bin and Stringer got away with it, genius!

The 5ft,6in halfback didn’t scrap all the time – but when he did it would have to be the biggest man on the field. As we see from this 2007 clash with Italy.

We see as Italian legend Sergio Parrise shoves Stringer off the ball with a naughty cheap shot into his back.

The Azzuri skipper clearly underestimated the calibre of hard man he was up against as the Ireland 9 came back at him like a cornered Terrier.

The Munster legend wasn’t just renowned for his pinpoint passing and distribution skills. He was also the master of the ankle tap.

He was widely regarded as the best ankle tapper in World Rugby and famously took down Jonah Lomu on his own in an international test match.

This in itself wasn’t an ankle tap but more an ankle wrap – all the same, it’s awesome!

He truly was a warrior on the field.

This was just brilliant from the seasoned veteran.

Do you agree with us? Was Peter Stringer the hardest scrum-half to have ever picked up a rugby ball?